After seeing the viral photo of the nine nurses in Maine pregnant at the same time, they thought "that's nothing." 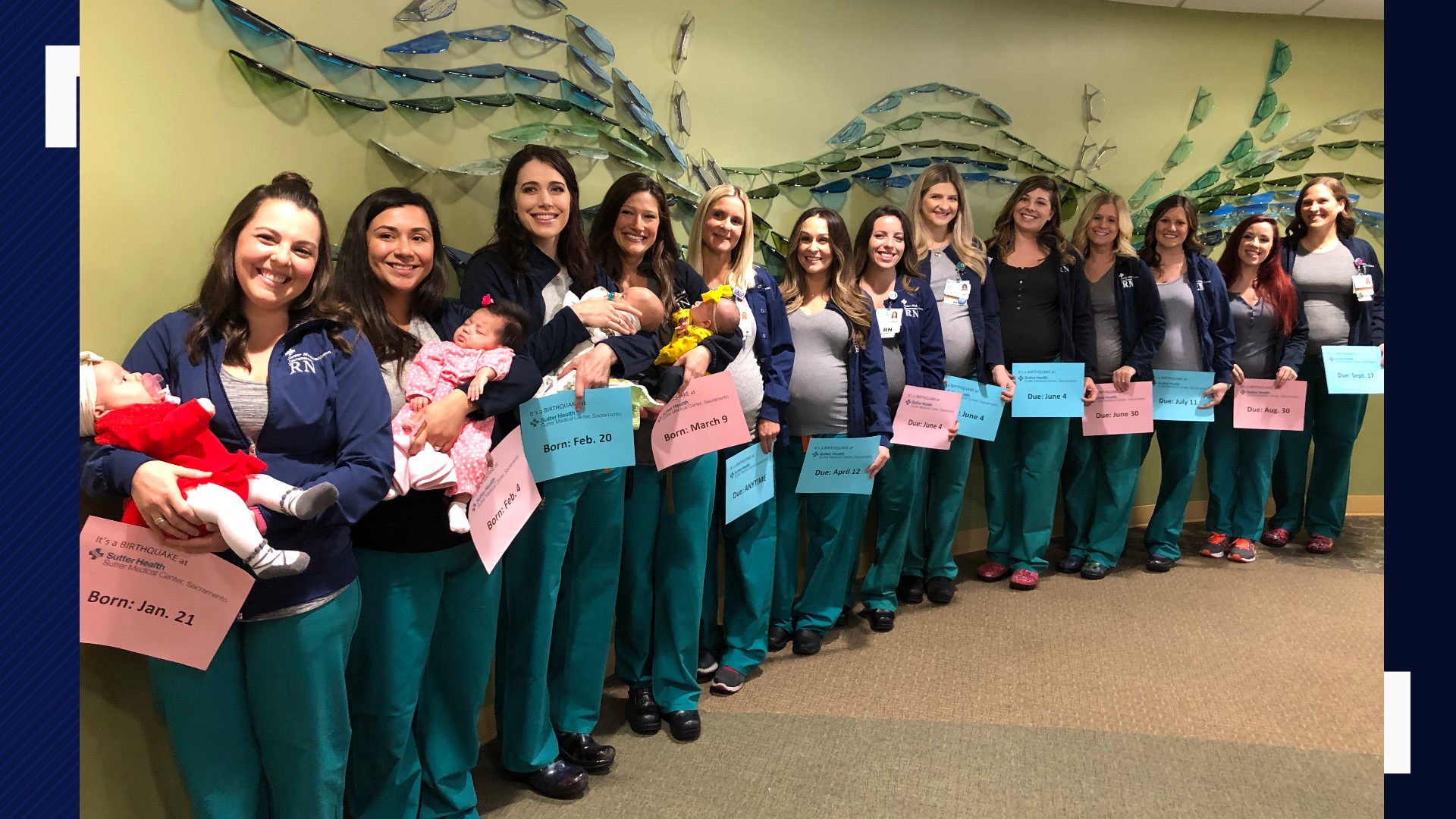 Not one, or two, or three, but 10 nurses in Sutter Medical Center's labor and delivery unit are pregnant. Before the new year, that number was 14! Four of the nurses have given birth in 2019.

They say this isn't a miracle - it's pretty normal for the Sacramento team.

After seeing the viral photo of the nine nurses in Maine pregnant at the same time, they thought they'd share their story.

"We're like, that's nothing. We have so many more babies. It's nice because we get to hang out with everyone, we have playdates," Eden said. "We're all really good friends, which helps, and we get to actually see each other outside of work with our babies."

To add to the excitement, three of the nurses are due on the same date, June 4!

Eden, pictured in the front of the photo below with her baby girl, was the first one of the 14 nurses to give birth this year. She delivered on Jan. 21.

1 / 13
ABC10
After seeing the viral picture of the nine pregnant nurses in Maine, nurses at Sutter Medical Center in Sacramento say they thought, "that's nothing."

Audra Danner, who is expecting her second baby, told ABC10 she expects many more of her colleagues to get pregnant this year.

"It's only April. so we have the rest of the year to have more babies, and I'm sure there's going to be quite a bit more," she said.

The expecting mothers will all deliver their babies Sutter Medical Center — what many locals refer to as 'Sacramento's Baby Hospital,' where more than 6,000 babies are born every year.

ONE MORE FROM ABC10: Are we really going to run out of avocados!? | VERIFY

You probably saw the headline everywhere. “The U.S. will run out of avocados in 3 weeks if President Trump closes the border.” If you're like us, you're probably panicking a little. No avocados? What would we do!? So, we want to know: Is that accurate or is it some kind of cruel April Fool's joke? Let's verify