The Daily Blend: Watch as Officer O'Sullivan's family speaks out for the first time

ABC10's The Daily Blend morning newsletter offers a curated experience of top local stories. Our goal is to help you feel informed, offer tips and make you smile, even if you only have five minutes. 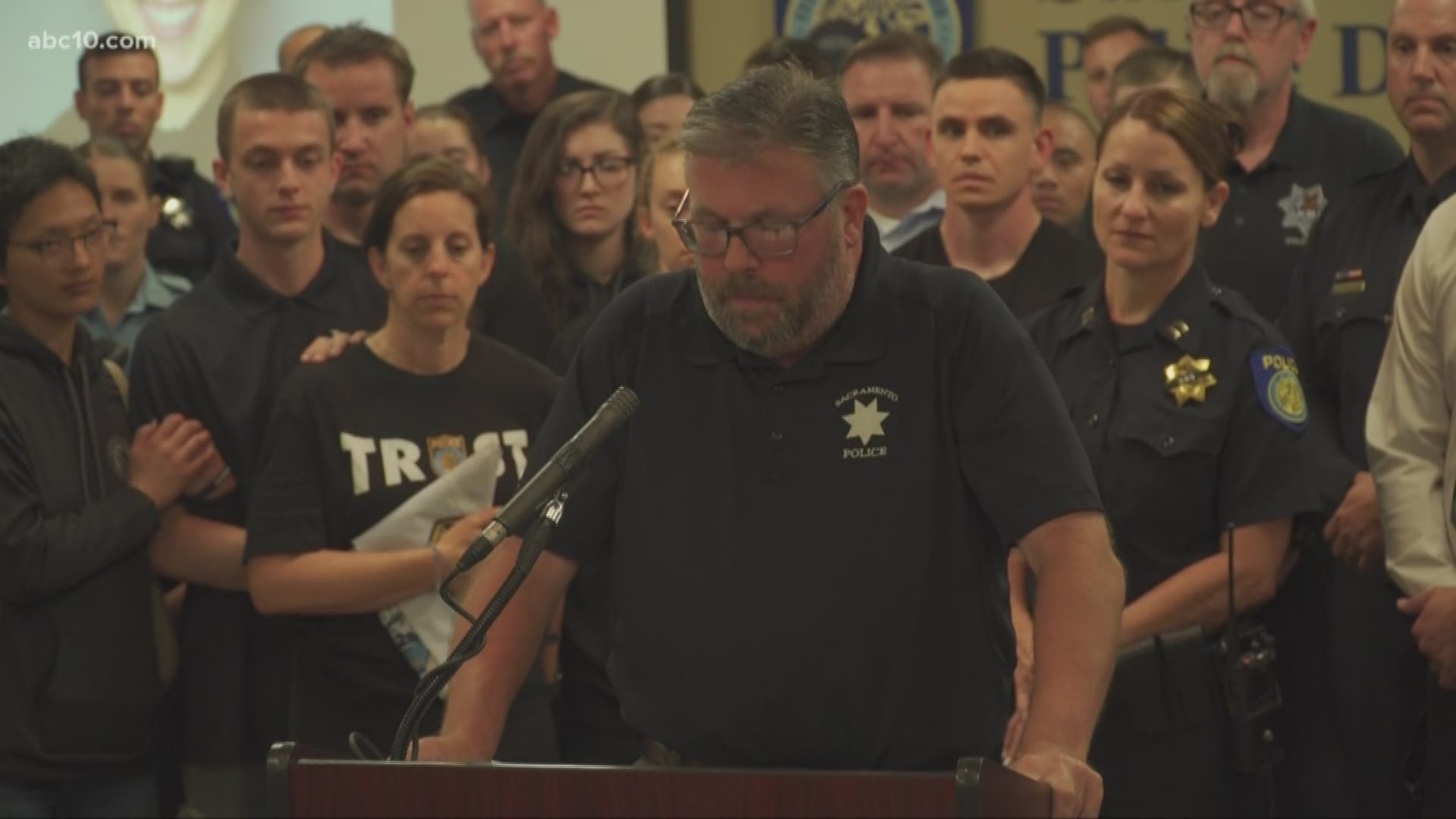 We’re relaunching ABC10's The Daily Blend morning newsletter to offer a curated experience of top local stories we’re following now. Our goal is to help you feel informed, offer tips and make you smile, even if you only have five minutes. Send us your feedback at webdesk@abc10.com.

Officer O'Sullivan's family makes first public appearance since deadly shooting – For the first time since Sacramento Police Officer Tara O’Sullivan was shot and killed, her family made a public appearance Tuesday at a press conference held at the department’s headquarters. Tara’s father, Denis O’Sullivan. spoke for a few minutes about his daughter’s love for the city of Sacramento after moving from Martinez to attend Sacramento State University. The East Bay native graduated from Sac State in May 2018 and joined the Sacramento Police Academy in July 2018. On June 19, 2019, the rookie officer died doing what she loved to do – helping people. Tara was helping a woman gather her belongings during a domestic disturbance call when she was shot. Sacramento Police Chief Daniel Hahn asked the community to show Tara and her family the same love she showed the city of Sacramento. “Come to the memorial or line every inch of the procession,” Hahn said. “It’s the very least we can do for this family and for Tara.” (Daniela Pardo, ABC10)

Manteca wants to break away from PG&E because of potential power shutoffs. But how likely is that to happen? – With potential power shutoffs looming during wildfire season, electric customers all over Northern California are not happy with PG&E right now. The city of Manteca is so mad, they want to leave PG&E altogether, but the fight to get off the behemoth utility’s grid is not easy to do. Mantecans want to leave PG&E and get their electricity from the South San Joaquin Irrigation District (SSJID), which provides drinking water to the area, among other services. Since 2004, SSJID has been fighting to provide retail electricity to the area, too. It first offered to buy out PG&E in the area for $116 million, but PG&E said – and continues to say – that it’s not for sale. SSJID then sued, starting a legal process to invoke eminent domain, which has been playing out in the courts for years now. PG&E has been providing electricity to customers in the area for more than 100 years. (Becca Habegger, ABC10)

President of Modesto Hells Angels among those charged in drug conspiracy ring, officials say – Four people, including the president of the Modesto Hells Angels, were charged with conspiracy to distribute and possess with intent to distribute methamphetamine, U.S. Attorney McGregor W. Scott of the Eastern District of California said in a press release. According to court documents, law enforcement believe the club's president, Randy Picchi, was the leader of a drug conspiracy ring, often directing his wife, Tina, and others to deliver drugs to Ceres. As part of the investigation, search warrants were executed at seven locations in Stanislaus County, including the clubhouse of the Hells Angels Motorcycle Club in Modesto. If convicted, all four could face a maximum prison sentence of life, a minimum of 10 years and a $10 million fine. (Joseph Jarosz, ABC10)

Galt trying to renegotiate garbage contract as costs soar – At Galt Supermarket, owner Catherine Hom has forced herself to become an extreme recycler. Plastic wrap once filling up her dumpster is now collected and recycled in order to keep a smaller dumpster instead of the larger one she had before. In May, Hom told ABC10 she paid $485 a month for trash pick-up. That would have soared to $3,200 — a 559% increase — if not for her recycling, which has reduced that bill to $1,200. Still, that's a steep 147% jump. So, why the extreme increase? The city of Galt signed a new 12-year contract with trash hauler Cal Waste last year. The rate increase took effect in May. With California mandating more stringent recycling measures, especially when it comes to recycling organics or food waste, the cost to do it is not cheap. The question is, can anything be done to make the rates more affordable? The city is trying to re-negotiate the deal by spreading out the costs over time, instead of businesses on the hook for the maximum bill. (Kurt Rivera, ABC10)

Dutch Bros. Coffee is stepping up once again... As the coffee chain has done in the past whenever an officer died in the line of duty, Dutch Bros. Coffee is donating $1 from every drink purchased at 26 different locations to Officer Tara O'Sullivan's family. Earlier this year, Dutch Bros. raised $82,602 for Davis officer Natalie Corona's memorial fund.

I am not crying, somebody is cutting onions... OK, I'm crying. But how could you not when you read the story behind this photo. One little boy was so proud of his little sister for graduating pre-school that they both cried after the ceremony. Now, the photo of the two siblings is going viral. Imagine how the two are going to react after graduating college.