For over 130 years, a unique spiritual oasis-for-two has been drawing visitors to Colusa County. 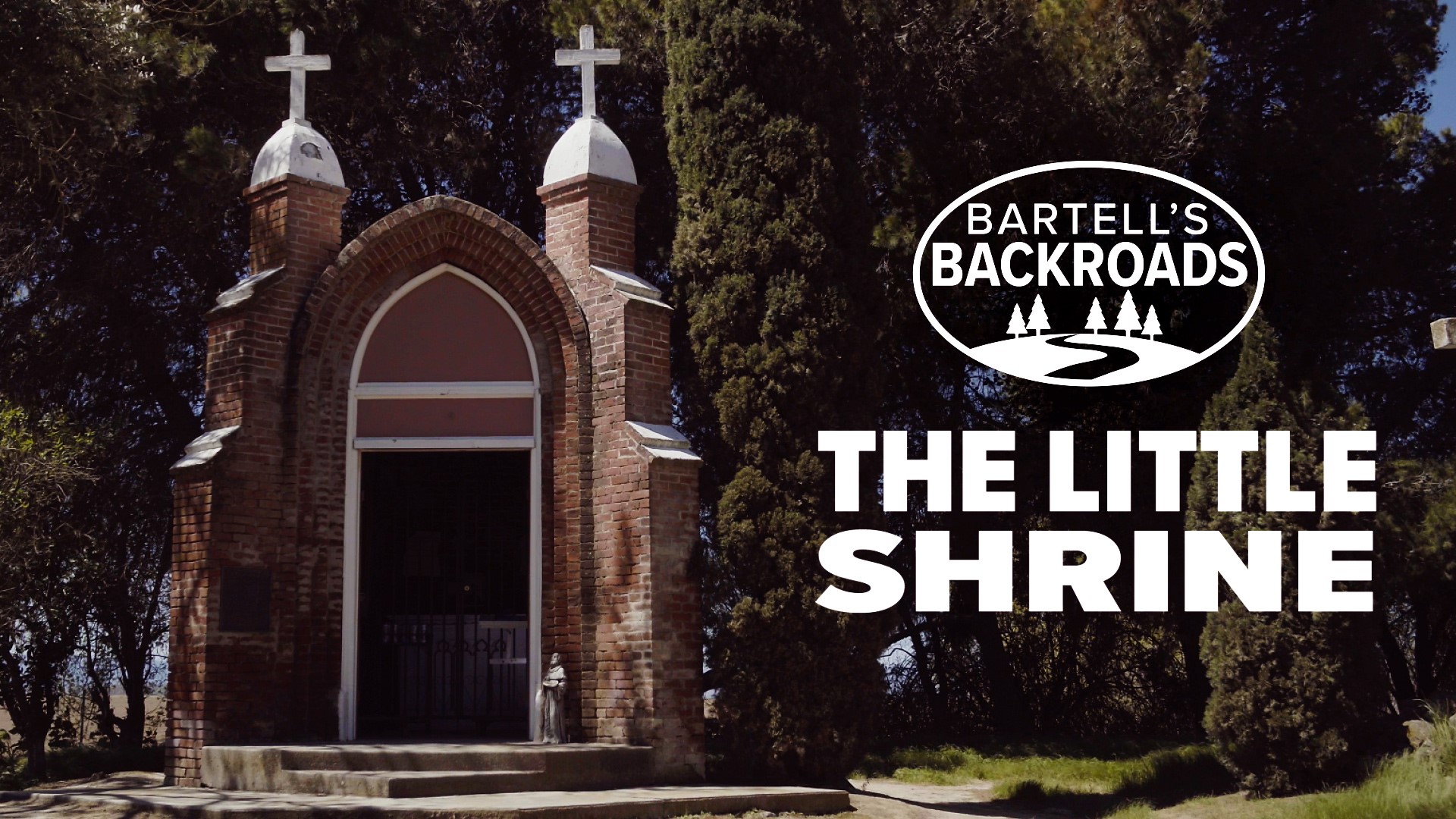 MERIDIAN, California — Just off Highway 45 in Colusa County is quite possibly the smallest church in California. It's called the Shrine of Our Lady of Sorrows, but most people who visit the roadside chapel call it "The Little Shrine."

Inside this 8 by 10 foot church there is only enough room for two people to light candles and say a prayer. Beatrice and Art Olivares are the caretakers and they work hard to keep the place tidy.

"Why they decided to put it here, who knows?" Beatrice said.

Despite its location and size, the Little Shrine is visited regularly, with dozens of candles brought in and lit on a daily basis. The Little Shrine serves the little communities just outside the city of Colusa.

It's unclear how many people use it, but those who do are clearly impacted. Sign-in books dating back to 1989 tell a tale of who has visited the Little Shrine, although people have sought it out for far longer. The Little Shrine has a long history and Louise Woodring has been helping to share it.

"So, in 1856 a priest held the first mass under an oak tree," says Woodring. Not only was the little Shrine the location of the first Mass in Colusa County, but the land was closer to God. "The sight was known as Grand Island because it was a slightly higher piece of ground than most the countryside."

The higher ground would have protected a large church from flooding, but the church was never built. Early developers chose to build it in the city of Colusa, eight miles north of where the little shrine sits today.

"They just took some of the bricks that were made for our church and made this shrine," Woodring said.

In 1883 the Little Shrine was erected to commemorate the historical significance of the location and serve the people in this rural area. "Some people just come to say things or get things off their chest. Ask for help," Woodring says.

Not everyone who is drawn to this church is religious, but those who come here often walk away having had a religious experience.

ONE MORE FROM JOHN BARTELL: California already has a high-speed rail? The air powered bullet train

Inventor Max Schlienger built a 1/6th scale model prototype that rides on tracks above his vineyard.