Her bond with her dogs and a love of exploring the great outdoors has turned Alyssa Martin into a dogsled fanatic. John Bartell veers off the backroads and onto the snowy trails of Plumas County. 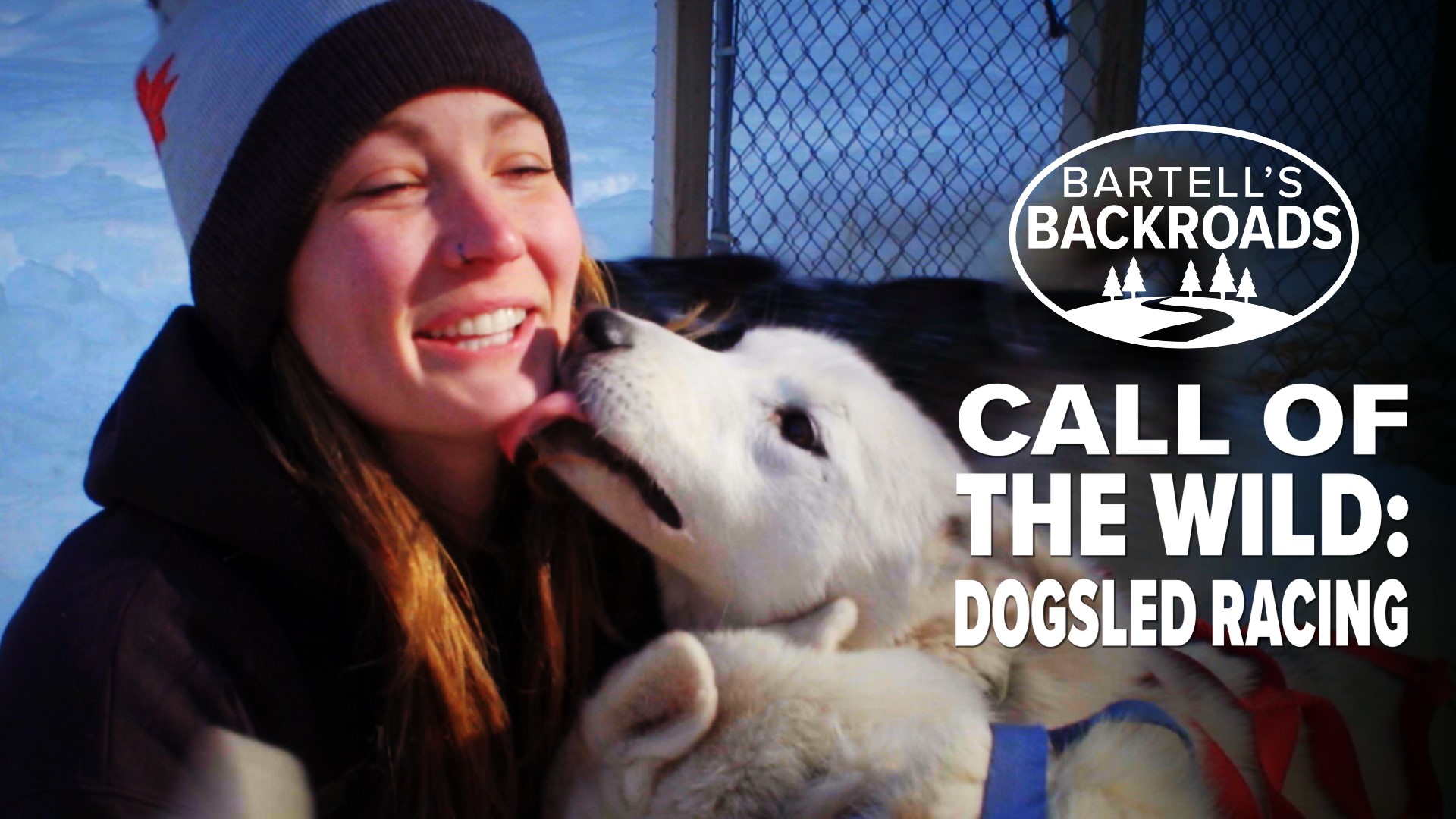 PLUMAS COUNTY, California — There is a deafening silence after snow falls in the Plumas National Forest. It’s a wild land where the fresh powder muffles the outside world and covers man-made roads. That calm silence is often broken by Alyssa Martin's sled dog team.

It’s hard to keep track, but there are 13 Siberian huskies in the group. When you walk into their kennel, you are greeted by a bombardment of howling.

"Some are way more friendly than others, but they each have their own personality," said Martin.

The 29-year-old is not your average sled dog musher. She's not formally trained, and neither was anyone in her family.

Martin makes it look easy, but everything she learned is from books and advice from other mushers. Today she's taking the dogs for a short run through the Plumas-Eureka State Park just outside of Johnsville.

"My first big race was 100 miles and it was a big wake up call. I didn't finish it," said Martin.

Someday Martin will finish that 100-mile race, but for now, dog sledding is therapy.

From the sled, all you can hear is the hypnotic huff of the dogs breathing, and the hiss of the wood skis against the snow. It's bliss.

"It’s just dead silent, and so peaceful, and there are no distractions. It’s just you and your dogs," said Martin.

1 / 8
KXTV
The dogs get excited as the time nears for dogsled musher Alyssa Martin to take them for a run.

Martin's dogs are smaller than Alaskan huskies. They are also a little slower, but for Martin, it’s not about speed or strength. It's about loyalty. It’s easy to see that she and her dogs have a special bond, and they have to. They've been through a lot together.

"We have been in some really cold temperatures, snowstorms. We were chased by a bear once," Martin recalled. "It was a sow with two cubs. She charged and I pulled out my grizzly spray and she stopped. Then I said, 'It's OK.' Then I told my dogs to keep going."

The land in Plumas County is wild. It's unforgiving. And it takes a tough spirit to break through the silence in these mountains. When Martin travels this land with her team, it’s not quiet.

"We just know each other inside and out, and you can just tell how much they care about me and how much I care about them."

Just in time for Valentine's Day, John Bartell breaks out the "Skunk Cam" and gets a whiff of what happens when the little critters start to swipe right. Find out what to do if your house becomes a skunk love nest.