Tree branches falling in midtown, downtown Sacramento may be from the extreme heat

Many neighbors on the Nextdoor App have been sharing their frustration with fallen branches damaging cars. 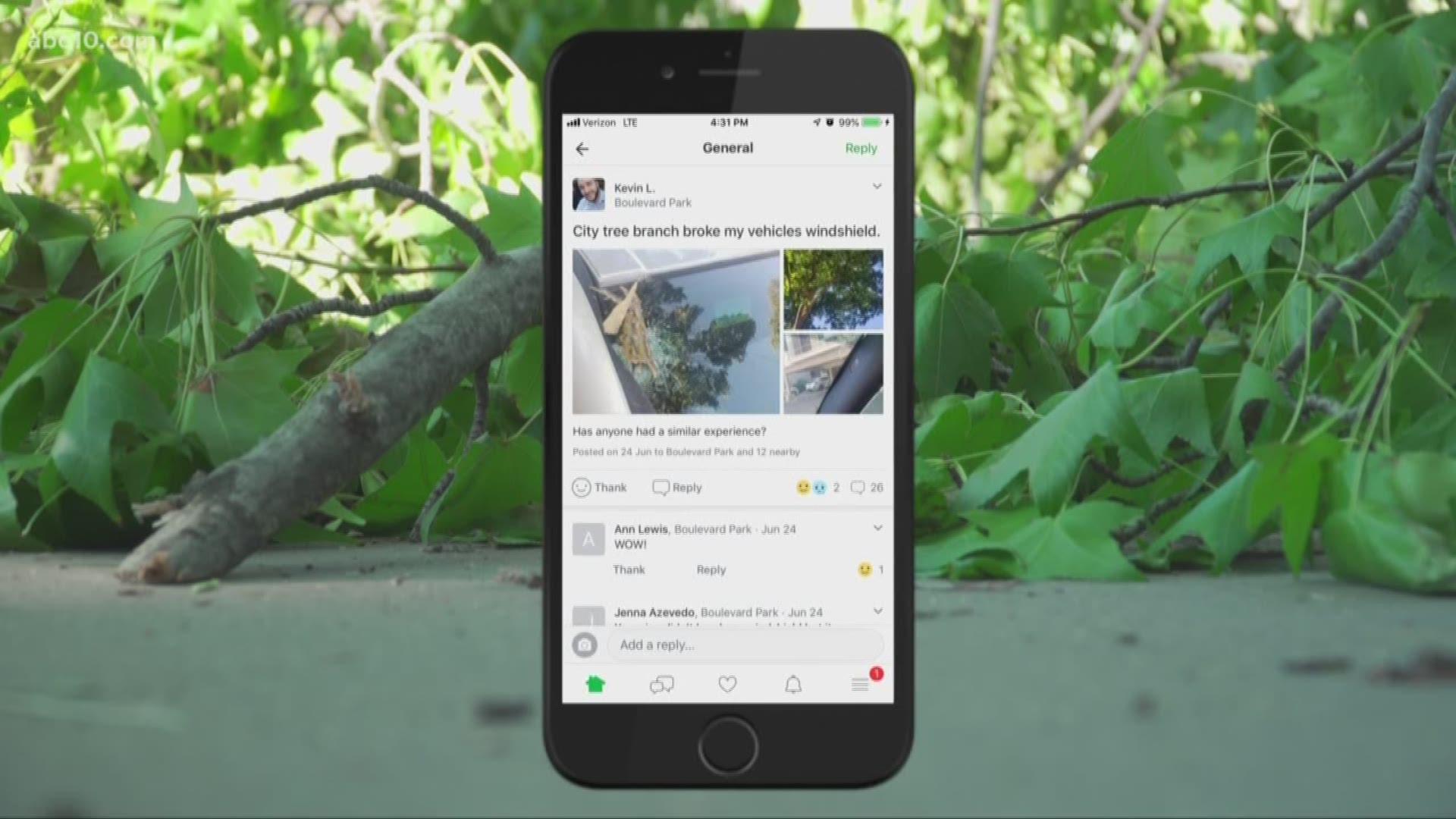 SACRAMENTO, Calif. — We are the City of Trees. It's a name we take pride in until a tree comes crashing down and ruins your day and your car.

This week, a huge branch snapped off of a tree on F street and landed on several cars.

The people who snapped photos of the branches on the cars said it's happened before with the same set of trees.

A lot of neighbors on the Nextdoor App said this has happened to them too.

They're frustrated because their cars are either non-driveable or has major damage while they wait for their insurer and the City of Sacramento to review their claims.

"Some [branches] can be 18 inches wide and 35 feet long and extremely heavy and can cause damage or death," said Attorney Ed Smith, a Sacramento tree injury lawyer and founder of Autoaccident.com.

"They are fairly frequent. A lot of the cases depend on how much rainfall there is, how many storms there are, conditions of drought can cause the trees to rot and age faster and consequently the branches to fall," Smith said.

Apparently, that's what happened here. The extreme heat can cause branches to snap off large trees. It's called sudden branch drop syndrome and it happens without a warning.

Who is responsible if a tree damages your property or hurts you? Smith said it depends where the tree is located.

The City of Sacramento said if this happens to you, call 311 if it's an emergency then you need to file a claim.

Once you file a claim, you'll know what the city decides to do within 45 days.

"Sometimes they'll try to get out of responsibility and say it's an act of God or something else. But many times a proper investigation can trace it back to the source and those counties, in many cases, have responsibility for that," Smith said.

The City of Sacramento has almost 100,000 trees to take care of. It's a process that takes five to seven years to complete before the cycle starts again.

They'll be trimming and checking the trees that did this damage in the "near future."

WATCH ALSO: As heat intensifies, a check in on Modesto tent community