Growing fears over ICE raids might be making workers find other ways to get to work and not leave home. 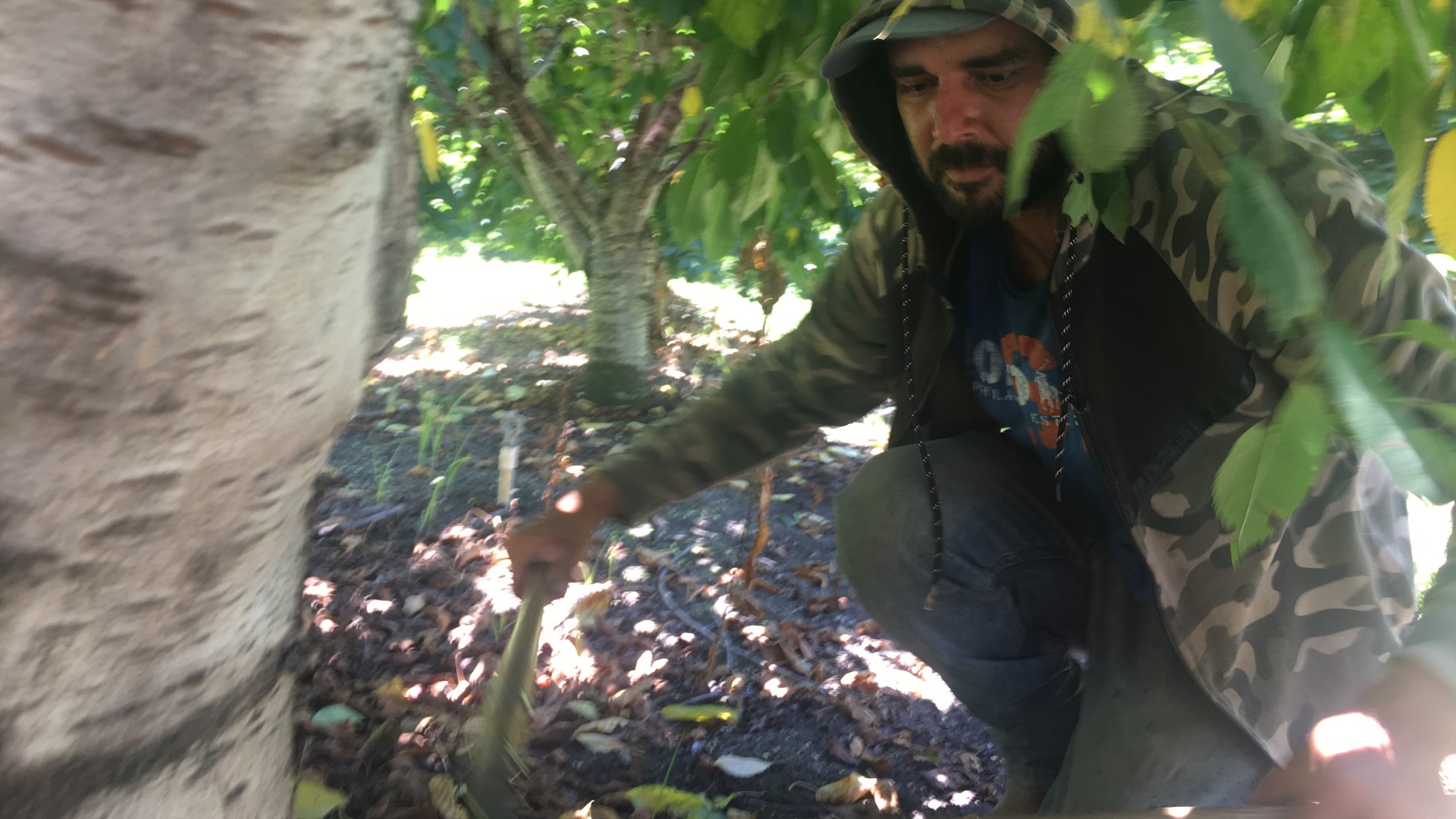 LINDEN, California — In a cherry orchard near Linden, 35-year-old Osbaldo Sanchez is pruning trees eight hours a day, six days a week at $13 to $14 per hour.

"It's hard labor working under the sun all day," said Sanchez.

The husband to wife Felicia and father to three-year-old daughter Juliet, Sanchez is also admittedly undocumented having traveled here from Mexico as a seasonal worker the past four years.

Although never deported, he says he lives in fear of ICE.

"I take a different route each day to work that nobody goes on. I spend a lot of time staying at home," said Sanchez.

Whether its a big city or a rural area, immigrant advocates like Luis Magana say fear is at a level he's never seen.

Magana goes into the fields to educate the undocumented about what they should do if ICE shows up.

RELATED: US deportation raids could start this weekend in 10 major cities

"People are thinking not to work this weekend or next week, so, at that level, we are having that feeling in our community," Magana said.

For over 20 years, Jorge Eguiluz has been a labor contractor for growers.

He said finding workers to harvest California's fruits and vegetables is becoming more and more difficult.

"You know when they see on TV everyday that ICE is going to be everywhere checking for people. They get scared. Everybody gets alert," said Eguiluz.

Despite being undocumented, Osbaldo Sanchez agreed to be interviewed for this story to show people that he's just part of a normal family trying to better the lives of his wife and daughter.

"In all reality, I wish it wasn't under these circumstances," he says, "so, we can find other jobs other than working in the fields."

Sanchez said he one day would like to become a U.S. citizen along with his family.