The City of Modesto is working to move homeless people staying at Beard Brook Park to a more controlled environment under the 9th Street Bridge. 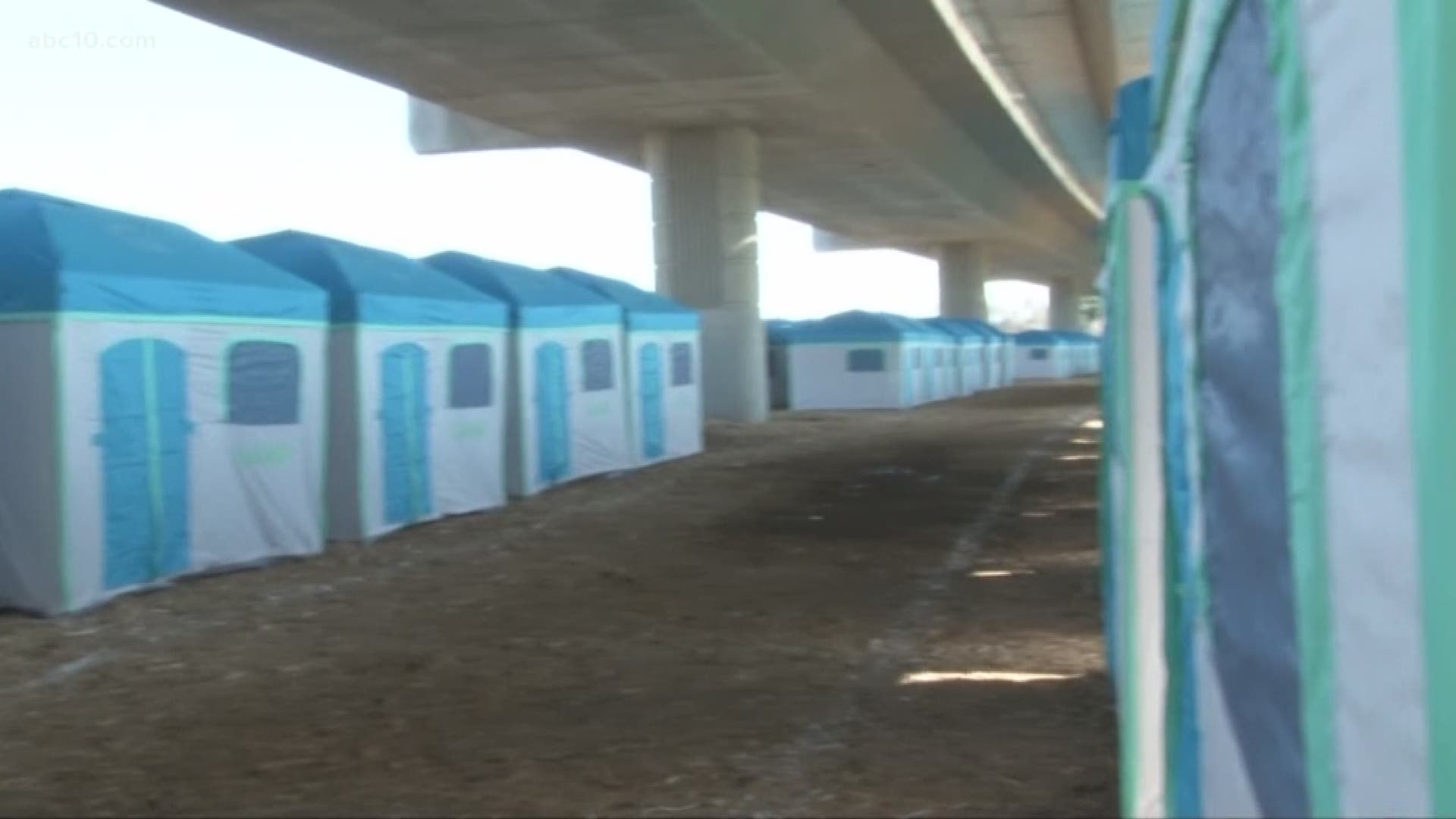 MODESTO, Calif. — Dozens of uniformed tents are being set up under the 9th Street Bridge in Modesto this week, and it's got some homeless residents excited.

The City of Modesto is hoping to move the homeless from Beard Brook Park over to this new location starting Wednesday, if the weather holds up.

"I'm excited," Steve Camillo, a homeless man staying at Beard Brook Park said. "Moving over there — it will be safer. I know, because we've got real security,"

Camillo was one of the very first to move into the City of Modesto's experiment of Beard Brook Park back in September.

"The move, I think, is better than being in the park here, you know," Camillo added. "We've all got the same color tents."

"The plan has always been that we would offer a temporary solution for homeless camping, and this is kind of the second phase of that," Thomas Reeves, a spokesman for the City of Modesto said.

About 150 of these donated tents have been set up so far. That number will double when the rest of the property is ready, but, keep in mind, at last check, there were more than 400 people staying at Beard Brook Park.

"It doesn't add up at all, so where are they going to put the other people?" Camillo questioned.

Knowing that math doesn't quite add up, ABC10 asked the city about those numbers.

Families will be kept together, and they can bring their pets and other belongings too. They just can't bring their own tents to put up.

The city says people who don't want to move will be asked to leave within about a week and a half, then the City can start the restoration process and eventually re-open Beard Brook Park to the community.

"The challenge that they'll have is that we're still going to enforce the ordinances everywhere else in the city, so they won't be able to camp anywhere else," Reeves said.

The two locations are right across the street from each other, but the main difference is that this tent city is on a flat ground. It will also have round the clock security, lighting and fencing.

"I actually want to a put a plaque over the door with my last name and put it on Facebook for my family, who treats me like garbage because I'm homeless. I'm not homeless anymore," said Debby Shaw, a homeless woman staying at Beard Brook Park.

The new homeless camp is only temporary, and the City of Modesto has promised to restore the area underneath the 9th Street Bridge by the end of December.