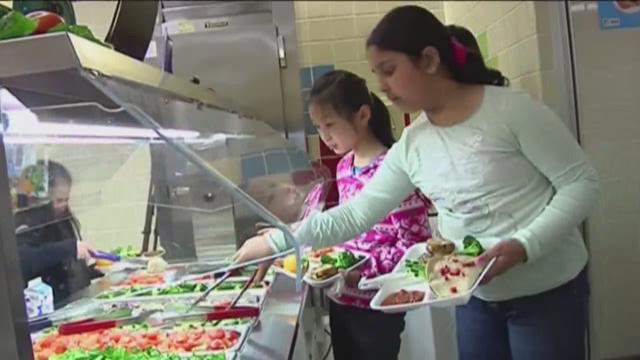 On Monday, U.S. Secretary of Agriculture Sonny Perdue announced that school lunch regulations under the Obama administration would be less restricted.

Perdue was joined by Senate Agriculture Chairman Pat Roberts at a Virginia elementary school's lunch for the announcement.

Sodium reduction and whole-grain requirements would be suspended. One percent fat flavored milk (chocolate milk, anyone?) would be allowed back into school cafeterias nationwide. These loosened restrictions are for federally funded school lunch programs.

Under current law, schools have to serve fresh fruits and vegetables, along with more whole grains.

"I wouldn't be as big as I am today without chocolate milk," Perdue said.

Critics of these changes say it sets back the Healthy, Hunger-Free Kids Act from former First Lady Michelle Obama. She was widely known for her campaign against obesity.

Karina Knights, one of the few registered dieticians in the Sacramento area focused on children's nutrition, said most health professionals supported Obama's campaign, but acknowledges that schools and even parents had mixed reactions.

Perdue argues that the new administration is slowing down the process, but not going back on any health standards.

"This is not reducing the nutritional standards whatsoever," Perdue said.

Instead, he said they're meant to provide "regulatory flexibility" for the National School Lunch Program, a meal program that gives nutritionally balanced lunches to students for free or at a reduced cost.

According to the U.S. Department of Agriculture, school food requirements cost school districts and states an additional $1.22 billion in 2015. Knight calls it an investment.

"At the end, it will cost less overall for the government," said Knight. "[Because] they will spend less of any of the medical costs that come with obesity."