People questioned where are the federally trained officers were that are supposed to be on flights. 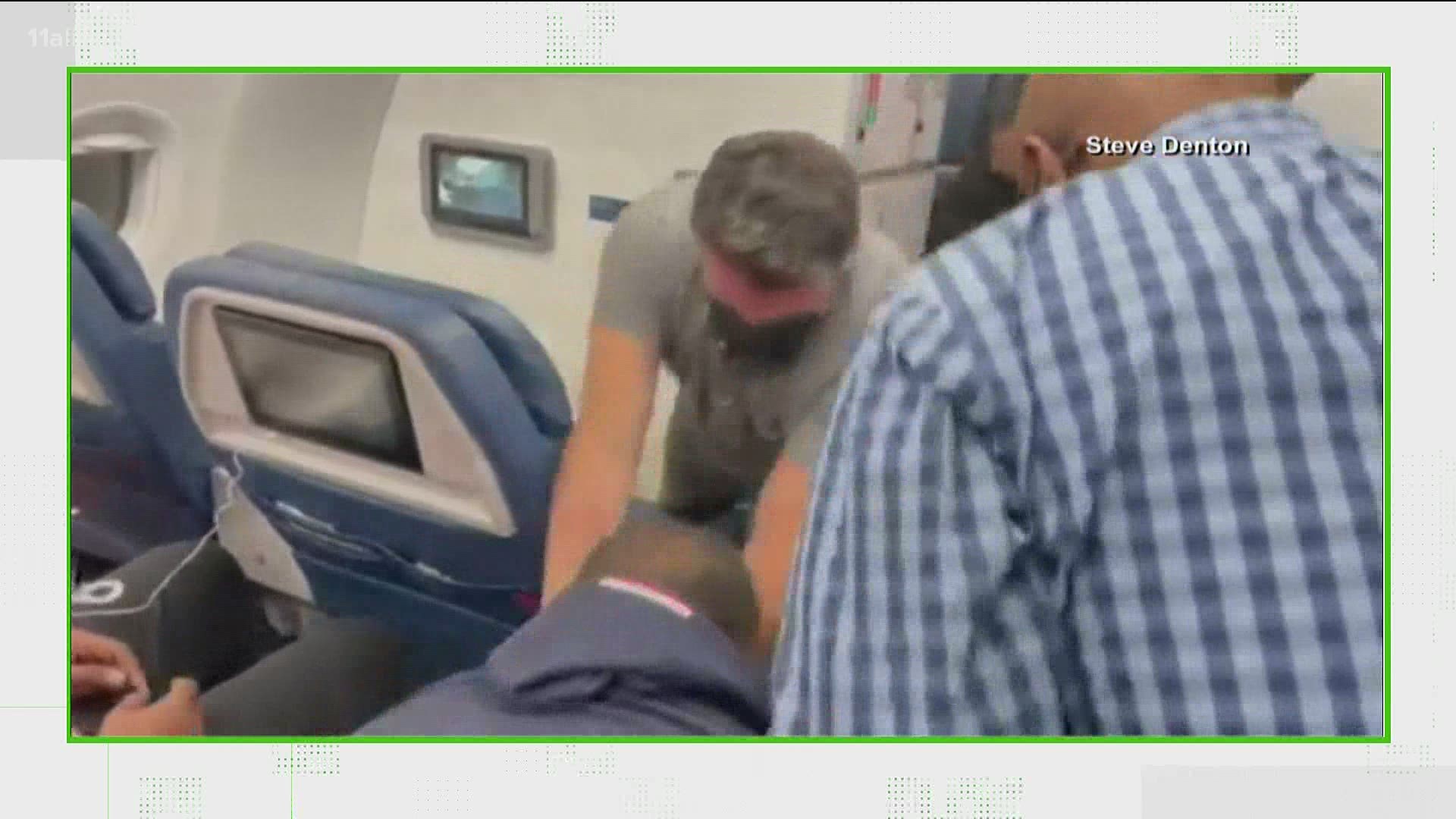 ATLANTA — Scroll through social media these days and it seems there’s a new video of a flight attendant being attacked or some passenger being no so friendly in the friendly skies.

Southwest Airlines reported 477 passenger misconduct incidents on flights between April 8 and May 15. Most recently, a Delta flight was diverted after a passenger attacked the crew. On Twitter, under the now-viral video of the attack, people asked where the federally-trained officers were that are supposed to be on flights.

“Are there no air marshals anymore? Did TFG get rid of that program?”

“Where were the sky marshals? Isn’t this why they exist?”

Do air marshals still exist, what’s their role, and are they on every flight?

Yes, it varies, and it’s complicated.

Since it’s a three part-question, we have a three-part answer.

What’s their role? It varies. According to Mark Howell, regional spokesperson for TSA, air marshals are trained to "respond and resolve any criminal activity or other emergencies onboard the aircraft.” They are there for the security of passengers. On the TSA website, their role is broken down further into duties such as “deter, detect, defeat criminal, terrorist, and hostile activities.”

John Casaretti, national president of the Air Marshal Association, was quoted in a 2014 USA TODAY article saying that air marshals do not often get involved in airport disputes. Rather, they leave it up to local authorities unless it’s a “life-threatening situation.” In the air, however, air marshals are trained to intervene when a flight crew can no longer handle a situation or if it’s a potentially deadly situation.

Finally, is there an air marshal on every flight?

According to Howell, air marshals fly “each day on domestic and international flights.” However, because being undercover is part of the job, the specific number of air marshals and what flights they’re deployed on are considered sensitive security Information - or information that, if publicly released, would be “detrimental to transportation security.”

But, in that same 2014 article, Casaretti is quoted saying “FAMs cover a very small percentage of commercial flights.”

And, in a recent open letter, Lyn Montgomery, president of the TWU Local 556 union for Southwest flight attendants, called for the U.S. government to “increase the number of FAM onboard aircraft to ensure safe travel for all,” eluding to the idea that there are not enough air marshals to fly on every flight.

So, the exact number and the exact flights they take are unknown, which is kind of the point given being covert is part of the job, and no one wants a criminal to know there’s a federal law enforcement officer aboard.

11Alive's Verify team is here to fact-check claims being shared in the community and online. Fill out the form below with something you'd like us to Verify.