A recent study estimated nearly 265,000 COVID-19 cases could be linked to the Sturgis Motorcycle Rally in August. 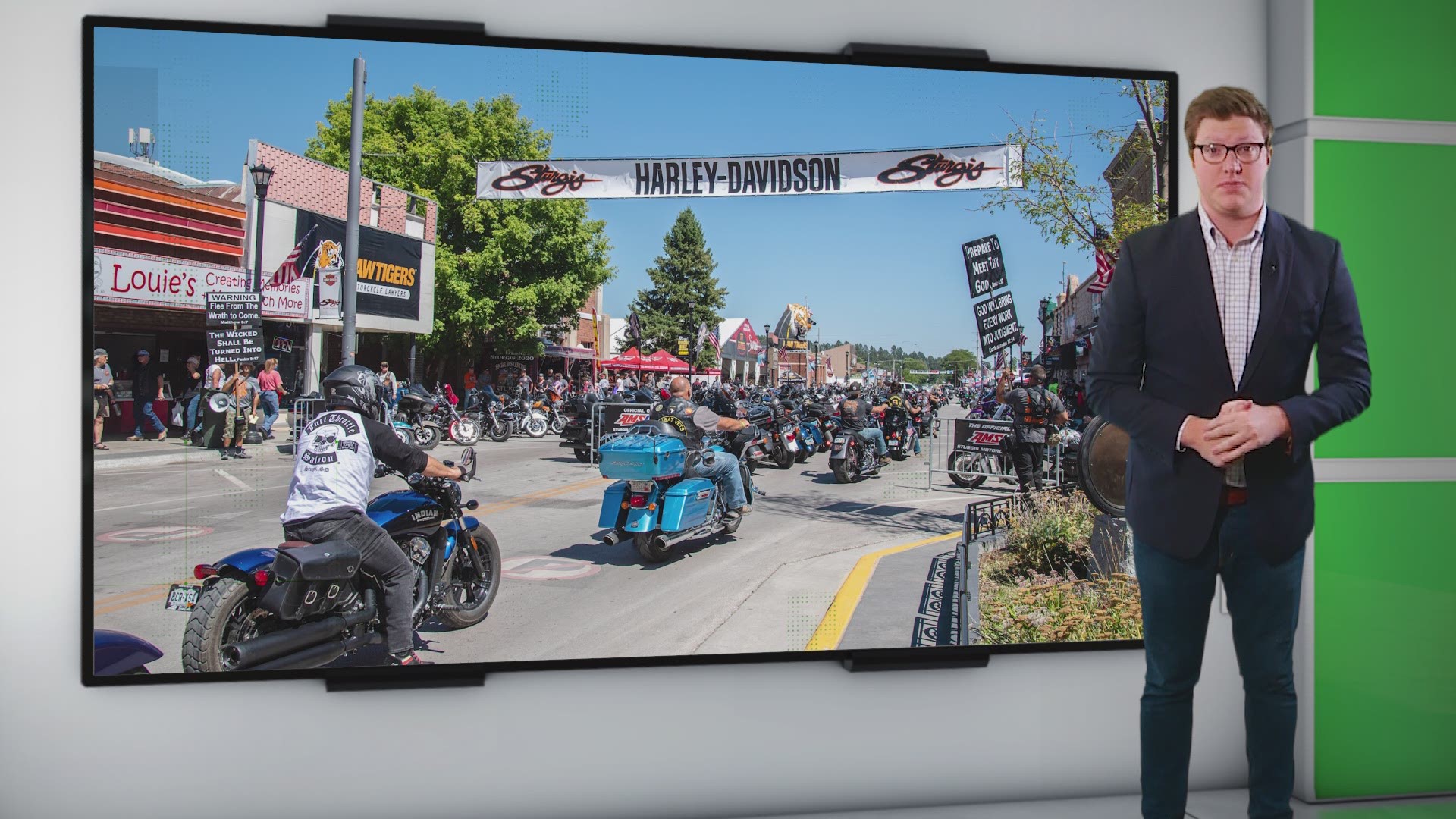 The Sturgis Motorcycle Rally drew more than 460,000 people to the South Dakota town that hosted it Aug. 7-16.

The event was much criticized for its potential to be a super-spreader of COVID-19, with many of the participants forgoing masks and social distancing as they roared around town and patronized bars, restaurants and tattoo parlors.

A widely quoted San Diego State University study projects that the event led to 266,000 cases of the novel coronavirus.

No, say experts including Dr. Ashish Jha of the Brown University of Public Health and Dr. Rex Douglass, director of the Machine Learning for Social Science Lab at the University of California San Diego.

The study, “The Contagion Externality of a Superspreading Event: The Sturgis Motorcycle Rally and COVID-19,” was written by four health economists led by Dhaval Dave. As a working paper, it has not undergone peer review or been published in a journal.

The health care economists looked at the economic impact of the Sturgis rally on medical costs. They estimated that the rally led to 266,796 new COVID-19 cases between Aug. 2 and Sept. 2, or 19% of total new U.S. cases for the period. They also projected that the total cost in health care for these patients would be $12.2 billion.

From July 6 through Aug. 30, the authors used anonymized cellphone data in their calculations. They analyzed pings from the visitors to Sturgis and Meade County residents, where Sturgis is located, and of nearby counties. They then followed the pings from anonymous cellphones as attendees traveled home and residents went back to their everyday routines.

But the study is flawed, Douglass says, because it doesn’t include an epidemiological basic -- a disease transmission model. He calls it “a pretty major oversight.”

The models quantify a case of infection from information such as how long that person is infectious, how many people were exposed to the sick person and how long before those exposed might become ill, says Dr. Lucina Suarez, an Austin epidemiologist.

Ashish Jha, a physician and the dean of Brown University’s School of Public Health, said in Twitter posts that the raw data showed no spikes in cases after the visitors returned to their home counties.

“Yes, it was a crazy large rally. Yes, there was a ton of irresponsible behavior (no masks, no distancing, lots of bars in the evening),” he said. “I would not be surprised if it set off big outbreaks . . . but 250K??”

I don't buy Sturgis study below.

One rule of thumb I teach is:

So was Sturgis harmless?