Yes, there are Confederate statues in the US Capitol’s National Statuary Hall Collection

Nearly 100 Confederate monuments were removed nationwide in 2020 amid protests, but some still remain, including in the nation's Capitol.

The bill, which was introduced by House Majority Leader Steny Hoyer on May 7, 2021, directs the Joint Committee on the Library to replace the bust of Roger Brooke Taney in the Old Supreme Court Chamber of the U.S. Capitol with a bust of Thurgood Marshall, and to remove certain statues from areas of the U.S. Capitol, which are accessible to the public, and to remove all statues of individuals who voluntarily served the Confederate States of America from display in the U.S. Capitol, and for other purposes.

The legislation will now move on to the Senate.

Hate and bigotry have no place in the halls of Congress. H.R. 3005 will remove symbols of sedition, slavery, and segregation from the U.S. Capitol. It’s never too late to do the right thing.

I am proud to vote to #RemoveHate from the People’s House today. pic.twitter.com/Hpp9UpE0Tx

PREVIOUS REPORT: Over 300 Confederate symbols have been removed across the U.S., including 170 monuments, since the Charleston Church shooting left nine Black parishioners dead in 2015, according to the Southern Poverty Law Center. In 2020 alone, the SPLC reports that nearly 100 monuments were taken down amid nationwide protests following the death of George Floyd on May 25.

Are there Confederate statues in the National Statuary Hall Collection in the U.S. Capitol?

Yes, there are Confederate statues in the National Statuary Hall Collection in the U.S. Capitol.

The National Statuary Hall Collection in the U.S. Capitol includes 100 statues that were contributed by the 50 states. According to the Architect of the Capitol, which is the builder and steward of the buildings and grounds of Capitol Hill, in 1864, Representative Justin S. Morrill proposed to create the National Statuary Hall after asking, “To what end more useful or grand, and at the same time simple and inexpensive, can we devote it [the Chamber] than to ordain that it shall be set apart for the reception of such statuary as each State shall elect to be deserving of in this lasting commemoration?"

In March 2016, the Florida Legislature and then-Governor Rick Scott passed legislation to replace the statue of Edmund Kirby Smith, who had served in the Confederate Army, from the National Statuary Hall Collection amid backlash against Confederate symbols nationwide nine months after the Charleston Church shooting in June 2015. Florida lawmakers re-introduced the legislation in 2018 with Scott’s approval, requesting the Joint Committee on the Library of Congress to replace Smith’s statue with a statue of Black educator and civil rights activist Mary McLeod Bethune. Current Florida Gov. Ron DeSantis officially requested the replacement of Smith’s statue in 2019 on the 144th anniversary of Bethune’s birthday.

Meanwhile, descendants of Alexander Hamilton Stephens, who served as the Confederacy’s vice president, wrote a letter to former Georgia Gov. Nathan Deal and the Georgia General Assembly in Aug. 2017, requesting the removal of Stephens’ statue from the U.S. Capitol. Three years later in 2020, lawmakers filed a resolution to replace the statue with one of Dr. Martin Luther King, Jr.  Then, in Jan. 2021, Georgia lawmakers again filed a resolution to create the National Statuary Hall Collection Replacement Committee, which would work to replace Stephens’ statue with one of late Congressman and civil rights icon John Lewis. The resolution was passed by the House State Properties Committee in Feb. 2021, however, according to the Georgia General Assembly’s website, it was withdrawn and recommitted in March 2021.

In September 2017, just weeks after the deadly “Unite the Right” rally in Charlottesville, Virginia, Democratic Congressional lawmakers introduced a bill, titled the Confederate Monument Removal Act, which called for the removal of Confederate statues in the U.S. Capitol. Then, in June 2020, Democratic lawmakers once again introduced the legislation in the House and Senate following George Floyd’s murder in police custody.

Arkansas Gov. Asa Hutchinson signed a bill in April 2019 to remove the statue of Uriah Milton Rose, a lawyer who remained loyal to Arkansas during the Civil War, from National Statuary Hall, along with another statue contributed by the state in 1921 of former governor and U.S. senator James Paul Clarke, who did not serve on the Confederate Army but held racist views. In Nov. 2020, Hutchinson announced the state had raised over a half million dollars to replace both statues with sculptures of Black civil rights activist Daisy Bates, who mentored the Little Rock Nine in 1957, and world-renowned singer and songwriter Johnny Cash.

In Dec. 2020, Democratic Virginia Gov. Ralph Northam announced that the state had removed Confederate General Robert E. Lee’s statue, which had stood in the U.S. Capitol for 111 years, from the National Statuary Hall Collection, and would soon replace it with a statue of Virginia civil rights activist Barbara Rose Johns.

Most recently, Democratic members of the House and Senate again introduced the Confederate Monument Removal Act to the 117th Congress on Feb. 23, 2021. According to the current legislations’ text, “the bill prohibits a state from providing for display in National Statuary Hall a statue of a person who voluntarily served with the Confederate States of America, and it provides for the removal, return, and replacement of any statue currently on display that depicts such a person.”

As of June 23, the statues of Rose, Smith and Stephens still stand in the U.S. Capitol’s National Statuary Hall Collection, along with the seven other statues of those who served or supported the Confederacy during the Civil War.

According to a Sept. 2020 statement sent to the press from Mark Ard, a spokesman for Florida Secretary of State Laurel Lee, “The statue of General Edmund Kirby Smith will remain in place in Statuary Hall until the statue of Dr. Mary McLeod Bethune is ready for placement.”

As for the removal of Smith’s statue, Arkansas hopes to raise $1 million to replace it along with Clarke’s. Gov. Hutchinson said in Nov. 2020, “My goal is to have Daisy Gatson Bates and Johnny Cash in place in Washington by the time I leave office.” His term ends on Jan. 1, 2023.

More from VERIFY: Yes, Juneteenth is now a federal holiday 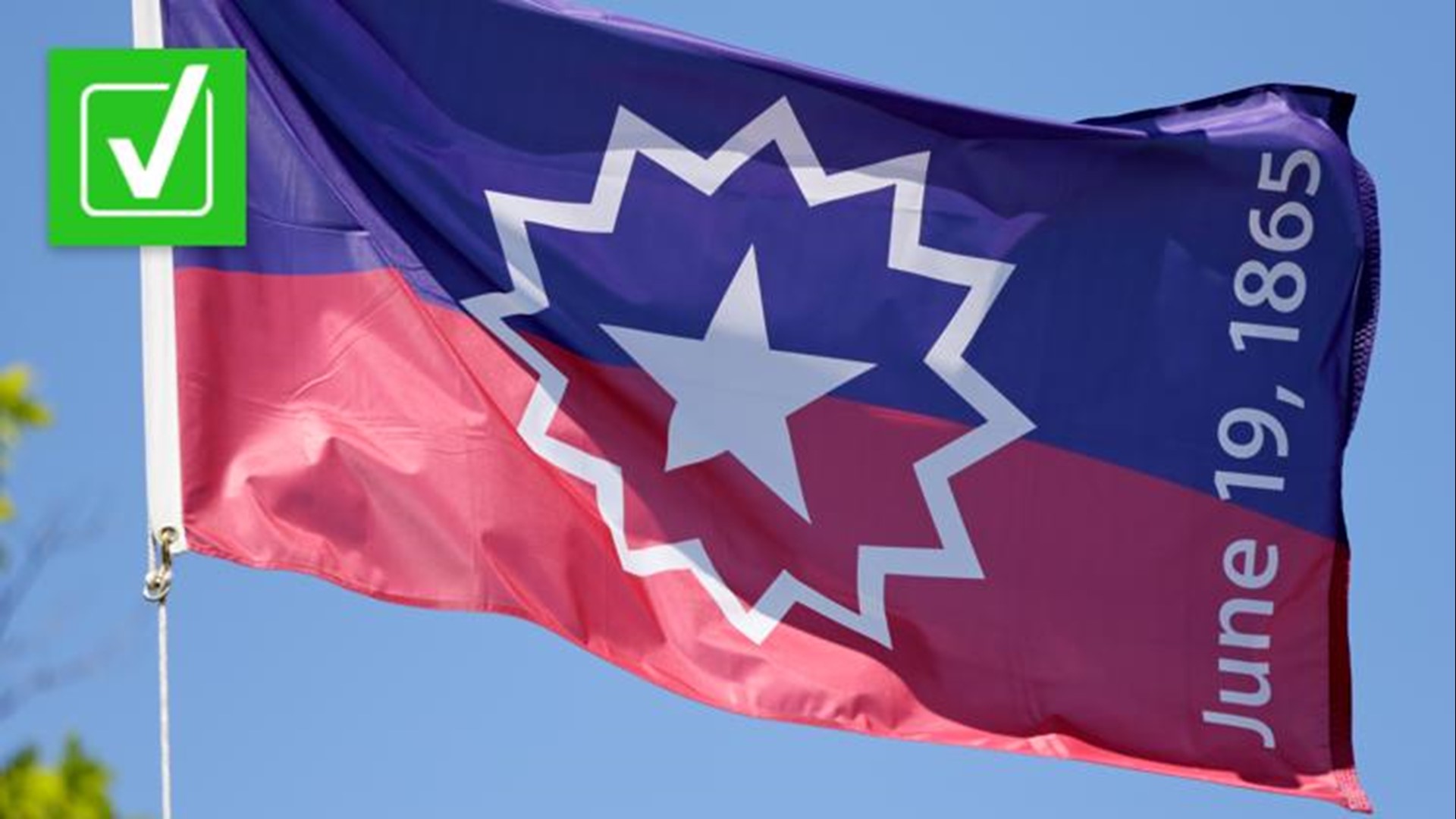 VERIFY
Our journalists work to separate fact from fiction so that you can understand what is true and false online. Please consider subscribing to our daily newsletter, text alerts and our YouTube channel.  You can also follow us on Snapchat, Twitter, Instagram or Facebook.