VERIFY: Are taxpayers footing the bill for the president to travel on the campaign trail?

Being the commander in chief, certain costs are unavoidable, like traveling on Air Force One and Secret Service protection. 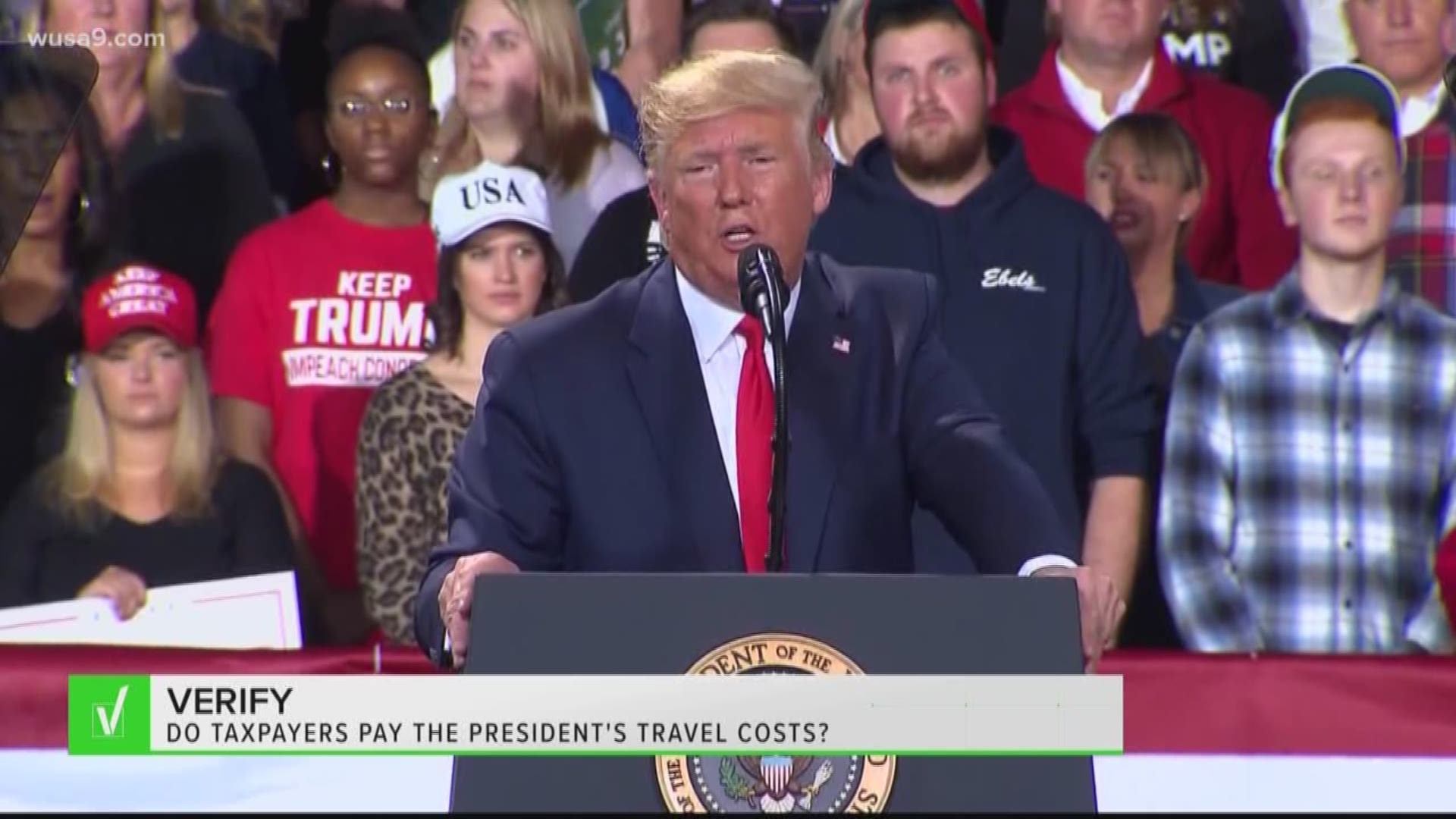 Do taxpayers pay for the president to travel to and from campaign rallies and events?

Partly, yes. Certain costs come with being the commander in chief, including Air Force One and round-the-clock Secret Service protection.

The journey to the oval office is a national road trip, crossing state lines and shaking hands.

But who pays when the president is the one campaigning?

Verify viewer Jeannie from Mitchellville, Maryland asked us to confirm whether taxpayers are footing the bill for the President to travel on the campaign trail.

Our Verify researchers looked at data from the Federal Election Commission and reports from the Congressional Research Service and the Government Accountability Office.

The White House categorizes trips as official or unofficial. Political trips are considered unofficial. Things like food, lodging and the price of a commercial ticket are on the president.

His people are responsible for reimbursing the government, and campaign-related expenses must be reported and filed with the Federal Election Commission.

Our Verify researchers looked up those receipts on the FEC's website and found that Trump's campaign committee has been reimbursing the Treasury Department.

The president is in a unique situation. He or she must travel on Air Force One, which includes Marine Corps, Coast Guard and Secret Service Protection. Those costs are paid for by the government.

Air Force One costs about $180,000 an hour, according to the Congressional Research Service.

RELATED: VERIFY: Do presidential candidates get paid while on the campaign trail?

RELATED: VERIFY: Are taxpayers paying for Trump to travel to his 2020 rally in El Paso?