VERIFY: Requirement to wear a face mask does not violate constitutional rights

After several videos of people saying requirements to wear a mask violate their rights go viral, we verify why that is not true. 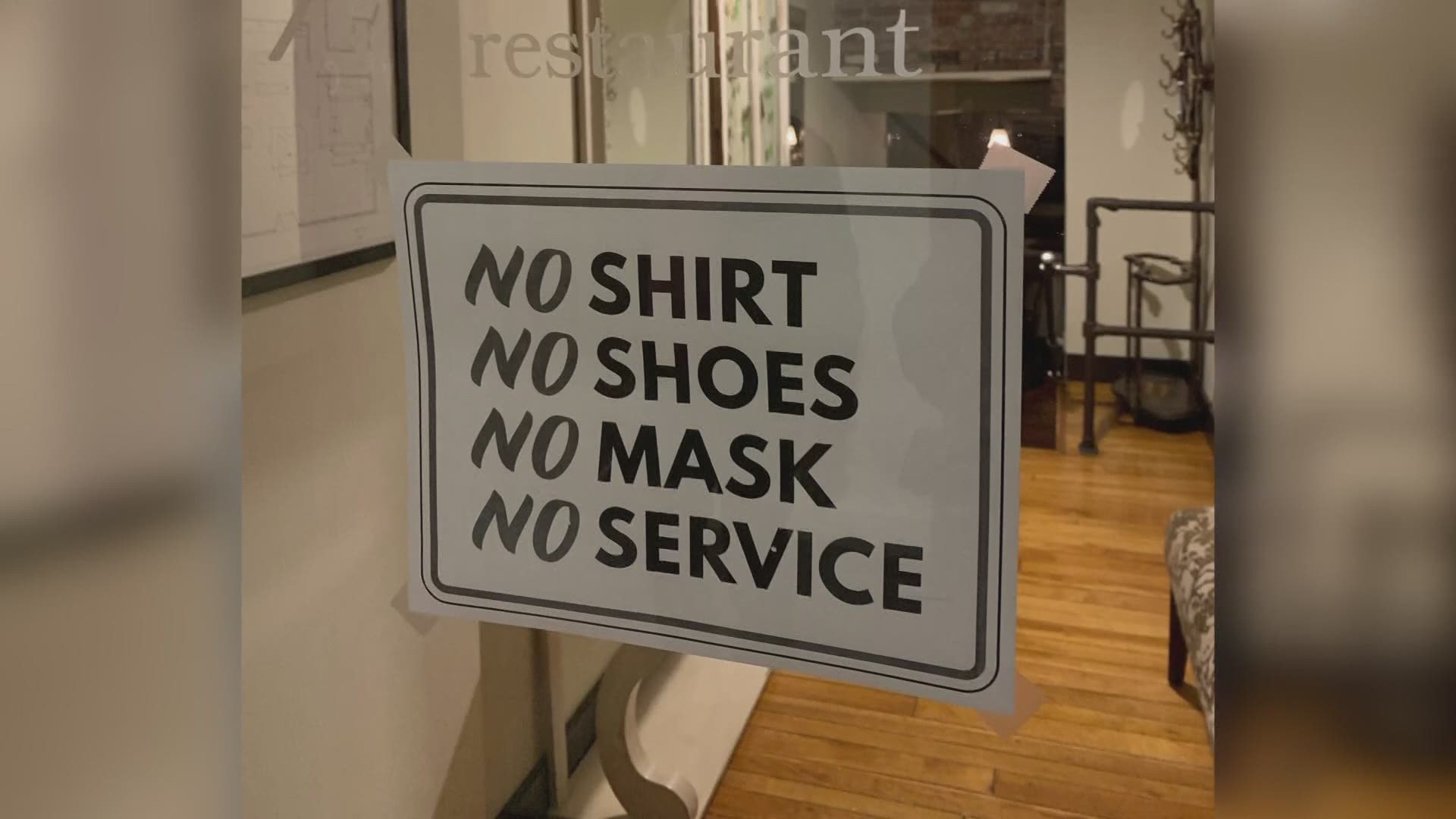 MAINE, USA — As Governor Mills mandates folks wear masks in public, business owners are seeing a lot of pushback. Some people claim that the order violates their rights.

So we've set out to set the record straight and verify: Does requiring someone to wear a mask violate constitutional rights?

Bam said he's not surprised to hear about the push back.

"Whenever you've had a mandate by the government there is going to be a group of people that are opposed to doing it," he says.

In this case, he sees some arguments for the 14th Amendment.

"There's the 'catch-all' 14th Amendment type challenge that being forced to wear a mask violates your liberty freedoms," Bam says.

However, based on past rulings, Bam says he doesn't see that argument holding up in court.

"The government has some leeway in protecting the public's health and safety, but as long as the government's justification for the restriction or imposition is strong enough, that suffices," says Bam.

As for private businesses, they have even more leeway.

"I think it is sort of the equivalent of the no shirt, no shoes, no service policies that a lot of companies have," Sahrbeck said. "They have the authority to run their business as they see fit to do as long as it's not discriminating against a certain group of people."

That, of course, includes discriminating against the disabled, some of who can't wear a mask safely, but even then, it's not so cut and dry.

"It's really about solving the underlying problem, not about waiving the requirement," Reilly said.

That means businesses do not have to waive the mask policy, as long as they make a 'reasonable modification' for that person to get the same goods and services.

"It might mean, even if you're not offering it to other people at that time, that you'll offer them curbside delivery or curbside pick-up," Reilly said.

We can verify it is false, it is not unconstitutional for the government or private business to require people to wear masks, and based on past rulings, the argument would most likely fail in court.