Verify: Is etching your catalytic converter the best way to prevent theft?

Here is what drivers need to know of how they could potentially prevent their catalytic converter from being stolen. 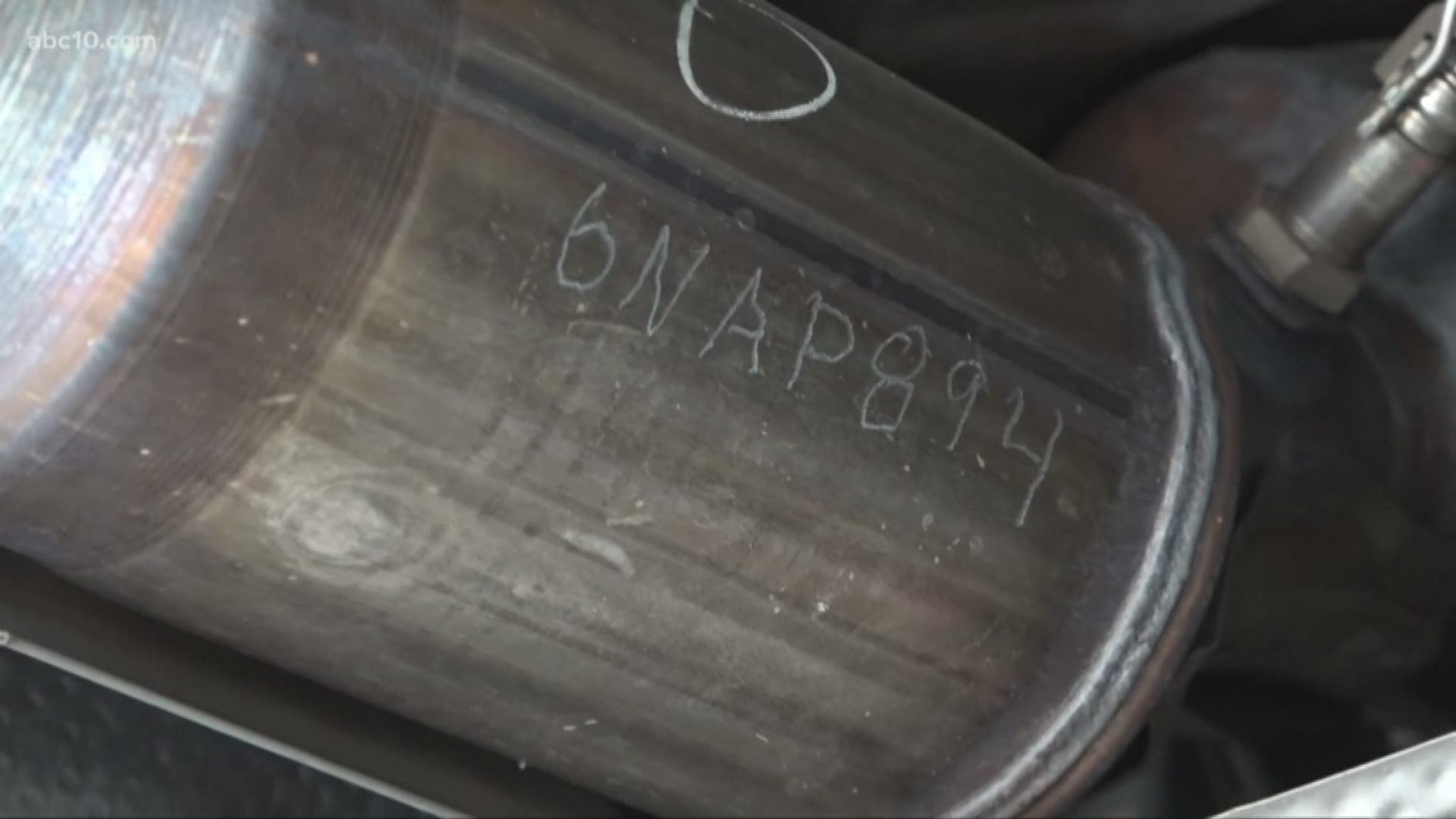 SACRAMENTO, Calif — ABC10 verified catalytic converter thefts in the Sacramento region are on the rise and the rise in crime is likely due to the pandemic.

Is getting your catalytic converter etched actually the best deterrent?

"Prius' are the worst," Larzelere said. He's not far off.

According to Colby Sandman, the owner of Muffler Tech off Florin Road, Prius models between 2004-2009 are the hardest hit. Sandman has a YouTube channel and website dedicated to helping people navigate catalytic converter thefts.

First off, make sure you have comprehensive car insurance.

"First thing has nothing to do with my business, and that would be if you have a car that falls into the target list, make sure you have a good comprehensive insurance and coverage on that particular car," Sandman said.

One catalytic converter theft can set someone back hundreds, if not thousands of dollars without insurance.

"I've had people who have had it stolen, got it fixed and stolen again, so it is a problem. It's an issue," said Monique Ambers with State Farm Insurance in Natomas.

Ambers said comprehensive coverage is the best way for drivers to protect their wallet.

Besides insurance, Colby said installing a deterrent underneath the car may be the next step.

"We have a universal protection we do," Sandman said. "We take very dense tubing, and we wield it to the catalytic converter."

After his converter was stolen, Larzelere recommended his sister go to Muffler Tech to get her converter protected with rolled steel wielded to her converter.

Some police departments offered etching events or have handed out stickers to place on converters, but Detective Tom McCue with the Sacramento Sheriff's Office says criminals can rub off the stickers or smooth over an etch relatively easily.

One way drivers could protect their catalytic converters from being stolen is to park their cars in a secure location with good lighting and surveillance systems. It is also recommended to have a cage welded onto the converter itself.

Depending on the vehicle, cages cost on average $300.

"When these suspects or thieves look under the car and feel, they'll know the cage is there and they'll bypass it," Detective McCue said.

Larzelere said it is worth having the cage installed to make sure this doesn't happen to him again.

"First trip, I'm going straight to the muffler shop and getting it protected because it was a huge inconvenience to have this happen to me and a huge expense—$500. So I'll spend the 300 dollars to make sure it doesn't happen again," he said.

The top five car make and models that have catalytic converter thefts, according to Muffler Tech, are:

MORE VERIFY:  Is extreme heat causing a delay in your package delivery??