Images and videos from California that have shown the eerie effects of the wildfires have gone viral this week. 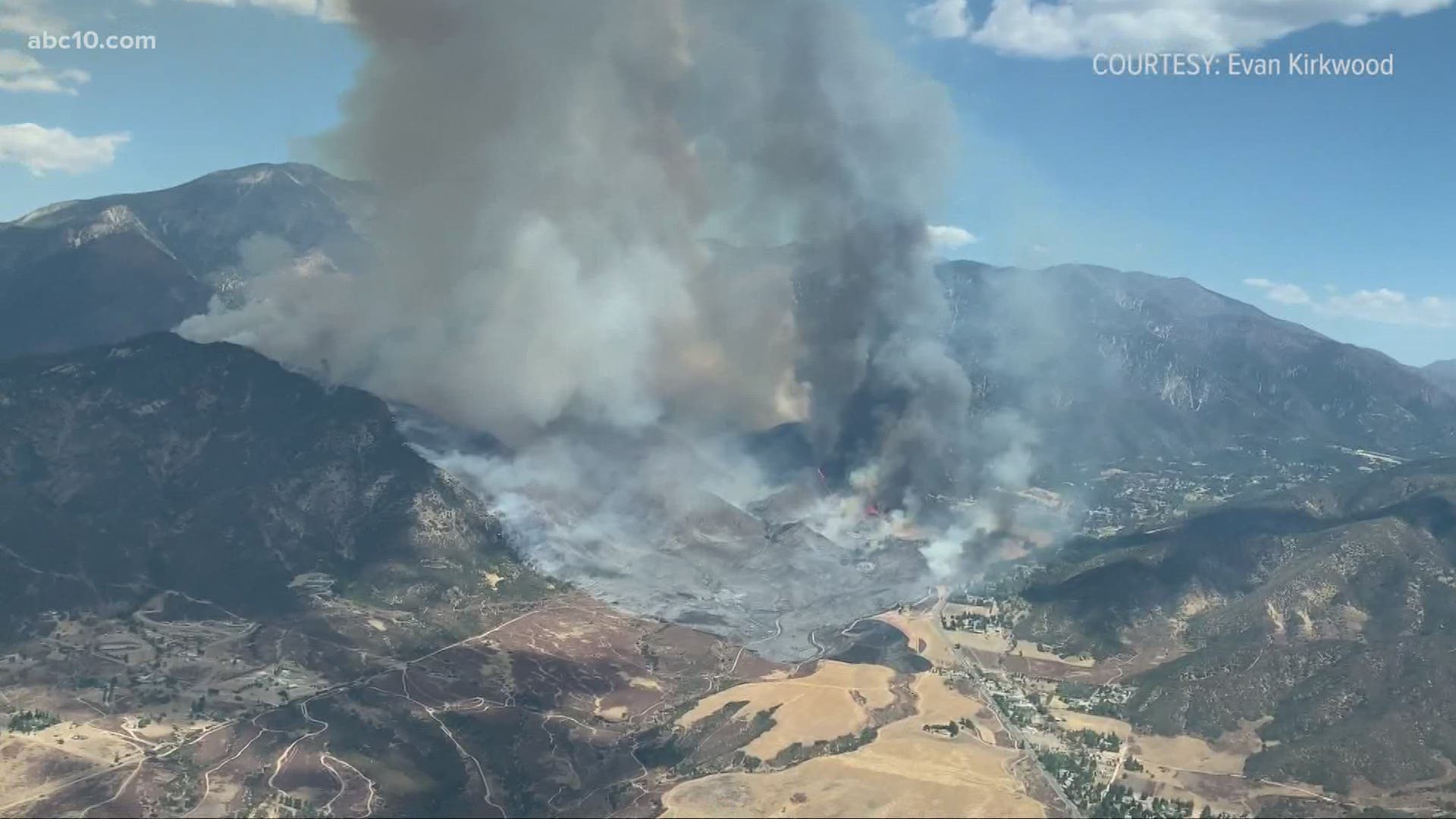 Images of red and orange skies popped up all over social media this week as residents on the West Coast shared what they were seeing outside as nearby areas were ravaged by wildfires.

Many of the pictures people posted looked almost apocalyptic.

But, as often happens with major breaking news, there were also older photos and videos being passed off as happening out west.

So, which images and videos were actually showing what it actually looked like on the West Coast? The VERIFY team investigated what’s real and what isn’t.

This viral image showing a deep red sky over a UPS truck in Oregon appears to have been first posted online by a person on Reddit, although it also went viral on other social media platforms such as Twitter.

The tweet said the photo was taken in Salem, but the person who posted it to Reddit said it was taken in Sublimity, Oregon, a suburb of Salem.

That photo really shows what the skies looked like in the Salem area on September 8. An AP photo taken of a Salem neighborhood showed the same color sky. A video from KGW’s Christine Pitawanich taken in Stayton, a town neighboring Sublimity, was also bathed in the same hue.

All of the above photos and videos were said to be shot without filters.

There are no copies of the UPS truck photo floating around from before this week. The original photographer was likely the person who posted it to Reddit.

View of California wildfires from above the clouds - MISATTRIBUTED

View of California wildfire above the clouds!

A photo gaining thousands of shares on Facebook claimed to show the California wildfires from above the clouds; however, it’s not a recent photo.

Therefore, this photo has nothing to do with the current wildfires. It’s a photo that shows what it can sometimes look like above clouds at sunset.

This tweet featuring San Francisco drone footage edited with music from the "Blade Runner 2049" soundtrack has been viewed more than two million times.

Obviously the music is edited in, but the drone footage itself is real.

The drone footage in that video is similar to photos and videos taken of San Francisco and the surrounding area by public officials, journalists, and many social media users on September 9.

This photo was shared by many people across social media with a number of different captions, including by media outlets such as ABC.

It was taken by Josh Edelson and is in the Getty Images archive. It’s a real photo of the fires in California.

However, it’s important to note that the photo is of the Bidwell Bar Bridge, not the much more famous Golden State Bridge.

The Bidwell Bar Bridge is surrounded by fire in Lake Oroville during the Bear fire in Oroville, California, as dangerous wildfires rage across the state. https://t.co/M4BOsrBqY9 pic.twitter.com/fxkevRHuMb

The bridges look similar at a glance, and the image even appears as one of the first results in a Google Image search of “Golden Gate Bridge fire.”

The Bidwell Bar Bridge is far from the San Francisco Bay and north of Sacramento. It’s actually green, not red like the Golden Gate Bridge.

While the Golden Gate Bridge hasn’t been at direct risk of being engulfed in flames this week, it has been the site of countless viral videos showcasing limited visibility and orange skies.

NASA explained why skies near wildfires look red or orange in the afternoon back in 2015.

Essentially, the smoke does the same thing to wavelengths of light as the sunset does. So the sky is stuck in a perpetual state of sunset.