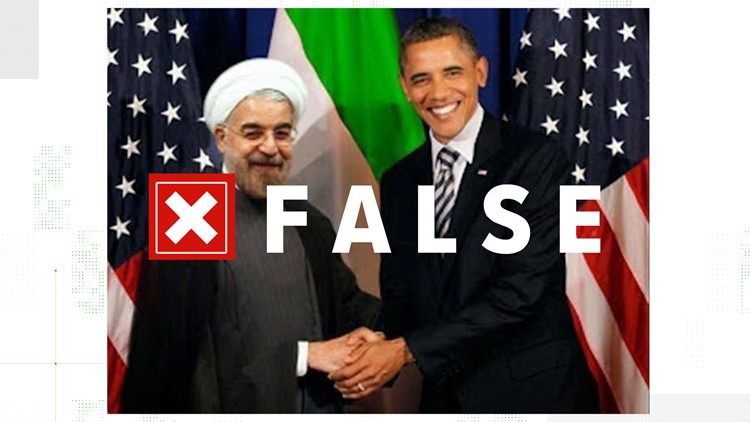 A debunked photo from 2015 got a second life on Monday, when Arizona Representative Paul Gosar tweeted it to his followers.

"The world is a better place without these guys in power," he wrote in the message.

Only problem? The photo isn't real.

Rouhani's image was edited on top of a real photo.

The faked photo first surfaced in 2015, when someone took a picture of Obama shaking Indian Prime Minister Manmohan Singh's hand.

At the time, the White House confirmed that Obama and Rouhani had never met.

Bottom line: The photo of Obama and Rouhani is false. It's possible that Congressman Gosar knew that. He later added multiple tweets explaining why he posted the image.