VERIFY: What is in Biden's immigration reform proposal?

The president promised a dramatic shift from the Trump-era policies. It looks like he delivered. 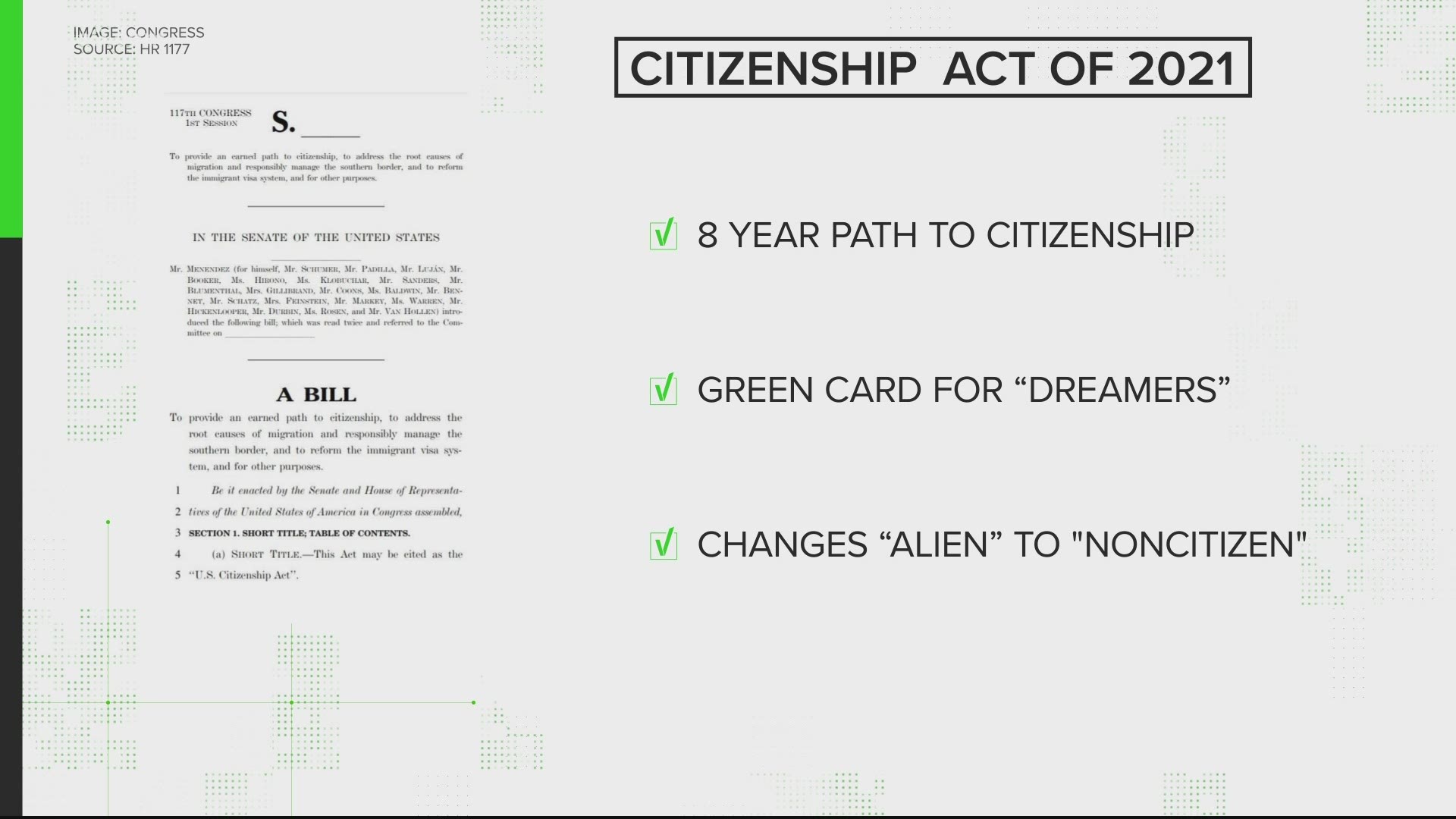 WASHINGTON — The Biden administration has rolled out its immigration policy. The president campaigned on reversing the policies of the Trump Administration.

What is in the Biden administration's immigration proposal?

A comprehensive sweeping change to the previous administration's approach to immigration policy.

The U.S. Citizenship Act of 2021. Teresa Cardinal Brown, an expert on immigration policy from the Bipartisan Policy Center.

The immigration reform bill backed by the Biden administration is called the U.S. Citizenship Act of 2021. There are basically two identical bills in the Senate and the House.

H.R.1177 - 117th Congress (2021-2022): To provide an earned path to citizenship, to address the root causes of migration and responsibly manage the southern border, and to reform the immigrant visa system, and for other purposes.
Sponsor: Rep. Sanchez, Linda T.

“The big headline feature is that it has very broad legalization programs that would cover just about all of the undocumented people who are currently in the United States,” Theresa Cardinal Brown said.

Cardinal Brown of the Bipartisan Policy Center went over three key points of the bills:

“There are separate programs that would allow a direct avenue to a green card for the so-called 'dreamers,' the undocumented people who arrived as children, as well as for farmworkers,” Cardinal Brown explained.

We asked Cardinal Brown how likely is this bill to pass in its current form?

“I think now we just kind of, ‘wait and see,’ if you will, what the congressional sausage making looks,” she said. “Is there a deal to be had, that Republicans could be on board with? And what does that look like?”