Verify: President Trump said he wants the 'voting to stop.' It has. Counting continues

Several battleground states are still counting mail-in ballots as they come in. 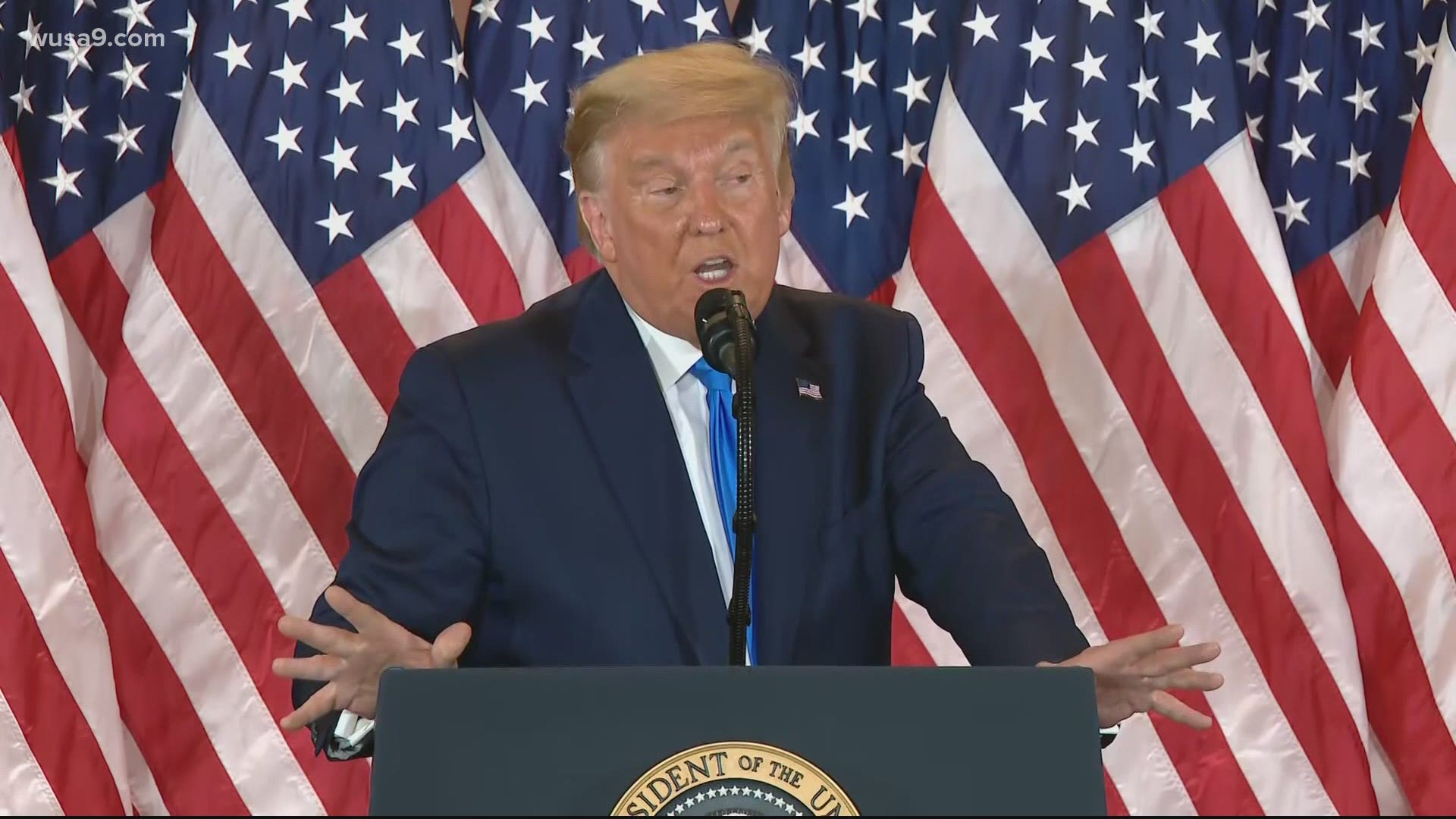 WASHINGTON — In his post-election speech, President Donald Trump made some very serious allegations about the election process in some of the states that haven’t been called yet. He specifically referenced the battleground states Michigan, Wisconsin, and Pennsylvania.

“We want the law to be used in a proper manner. So, we’ll be going to the U.S. Supreme Court. We want all voting to stop,” President Trump said. “We don’t want them to find any ballots at four o’clock in the morning and add them to the list. It’s a very sad moment.”

No, counting is still happening. 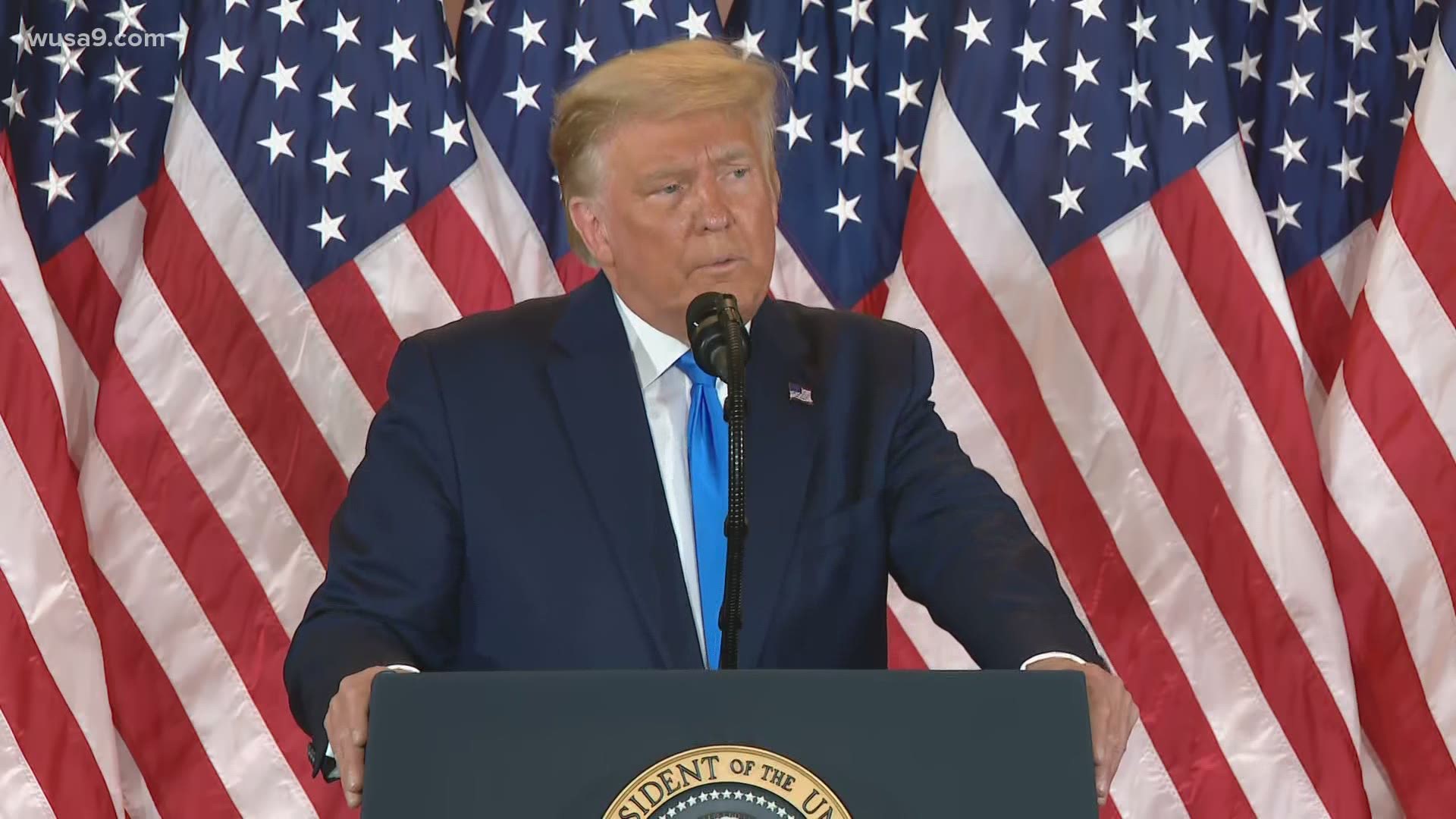 There are a few things we are going to look at here. Frist, all voting has stopped. It is the counting of votes that is now being done and this includes still arriving mail-in ballots.

Let’s start with D.C., Maryland and Virginia. Each jurisdiction will accept mail-in and absentee ballots that have been mailed or postmarked, on or before Election Day.

In D.C. and Maryland, that final day to be counted will be November 13. In Virginia, the final day is November 6.

But that’s not the case across the country, including in those three battleground states mentioned earlier: Michigan, Pennsylvania, and Wisconsin.

All three of those states required ballots to be returned by 8 p.m. on November 3. Several lawsuits have been filed asking for deadlines to be extended in those states.

Here’s where they stand:

According to the U.S. Supreme Court, there was a request to extend Wisconsin’s deadline by six days. A lower court agreed, but it was appealed, and the Supreme Court refused to reinstate the lower court ruling. So, the deadline didn’t change.

So, can the President ask the Supreme Court to step in? He can. But how a case gets to the court will vary. Several justices said they’re open to revisiting the Pennsylvania case that ended in a tie vote.

But, in most other states, like Michigan, lawsuits will have to start in the state courts and work their way through the system.

RELATED: VERIFY: Just because you say you won, doesn't mean you did. Here is how election winners are projected

RELATED: VERIFY: There is no federal law that mandates results on election night