Yes, wildfires can create their own storms

The combination of heat and smoke from wildfires can contribute to the formation of clouds, some of which produce storms. 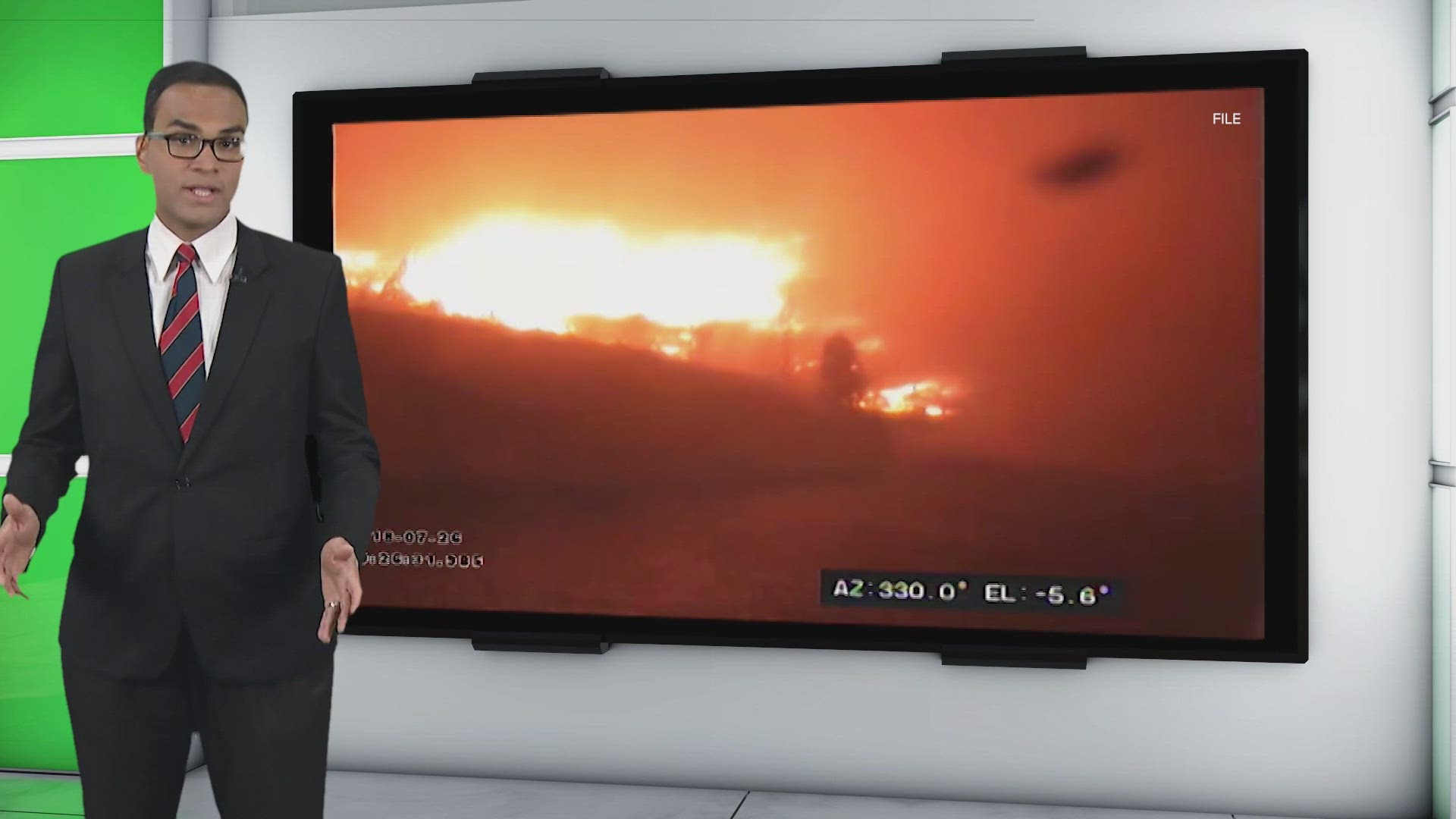 The massive Bootleg Fire burning in southern Oregon has begun exhibiting behavior so extreme that “it's actually changing the weather” and forcing firefighters to retreat from parts of the fire line, according to news reports.

News headlines claiming the fire is “so large it’s creating its own weather” have gotten attention on social media. The claims come as a surprise to people who assume fire is supposed to be a result of the weather, not the other way around.

Can wildfires create their own weather?

Wildfires can create special clouds the International Cloud Atlas calls “flammagenitus.” These clouds are formed by localized natural heat sources, such as a wildfire or a volcano, and are at least partly made up of water vapor.

“Through physics, we know that warm air rises,” said Robyn Heffernan, national fire weather science and dissemination meteorologist for the National Weather Service. “So when you have a large heat source, you're going to be forcing a lot of this warm air to rise up from the surface, and as it rises and comes to its dew point temperature, it's going to condense into clouds.”

The smoke from the fire further helps the formation of clouds because water will condense on the particles of smoke, Heffernan explained.

“Now when fires become really large, or if they start to exhibit extreme fire behavior, then sometimes you're going to get more intense uplift that might develop into something like a thunderstorm,” Heffernan said.

The National Wildfire Coordinating Group says extreme fire behavior implies the fire is behaving in a way that makes direct control impossible. Such fires are unpredictable because they “often exercise some degree of influence on their environment and behave erratically, sometimes dangerously.”

One way the NWCG says extreme fire behavior can be identified is by the presence of fire whirls. The U.S. Forest Service defines a fire whirl as a “spinning vortex column of ascending hot air and gases” that can carry fire and whatever else is around into the air. It says large fire whirls can be as intense as a small tornado. The Library of Congress says the 2018 Carr Fire in California produced a vortex with winds estimated to be 143 mph, the strength of an EF3 tornado.

The Library of Congress notes fire tornadoes are rare and without a single definition shared by all experts. A NOAA research letter said a 2003 Australian fire produced the “sole documented case of pyrotornadogenesis,” the last word being the scientific terminology used for fire tornadoes. The research letter concluded that the Carr Fire tornado may have been the second case, but more studies would be needed to confirm it.

“They're not rare, I'll say that. We get several of them a year,” Heffernan said. “And we're seeing more and more of them every year because the burning conditions are so intense; we have such dry conditions on the surface, which leads to more intense burning. And so we're tending to see this more commonly on our fires, particularly in the West.”

On top of wind, the Royal Meteorological Society says firestorms can lead to lightning, and rarely, rain. But not even that comes as a respite for firefighters.

“If it does have enough moisture that tries to precipitate out and tries to come down as rainfall, it would evaporate in the process and create more of just a downflow of gusty winds to the surface,” Heffernan said. “Which of course, as you can imagine, is quite hazardous to the firefighting personnel in the area.”

Fortunately, these storms shouldn’t be a problem to people outside of the immediate areas around whichever wildfire is currently generating them.

“It's not going to travel significantly far but because those physics are going to break down the further that you get from that intense heat source,” Heffernan said. “So you're largely looking at impacts on the fire itself and then really close neighboring areas.”

That doesn’t mean the fire won’t have any effect on the weather away from the source. Much of the United States is witnessing hazy skies this week as the smoke from the massive Pacific wildfires billows out into the atmosphere and spreads across the continent, and that smoke has some impact on weather conditions. Heffernan says it can create a kind of “shading effect” from solar radiation, which would lower the temperature slightly and create somewhat more moist environments.

It’s an active fire season, according to Heffernan, so be cautious outdoors. Heffernan suggests people don’t burn campfires, extinguish any ongoing flames you safely can and follow whatever other guidance fire safety officials recommend you do to prevent dangerous wildfires.

More from VERIFY: No, a heat wave didn’t cause a wind turbine to melt in Texas

The VERIFY team works to separate fact from fiction so that you can understand what is true and false. Please consider subscribing to our daily newsletter, text alerts and our YouTube channel. You can also follow us on Snapchat, Twitter, Instagram, Facebook and TikTok. Learn More »