VERIFY: Here's what declaring a State of Emergency means 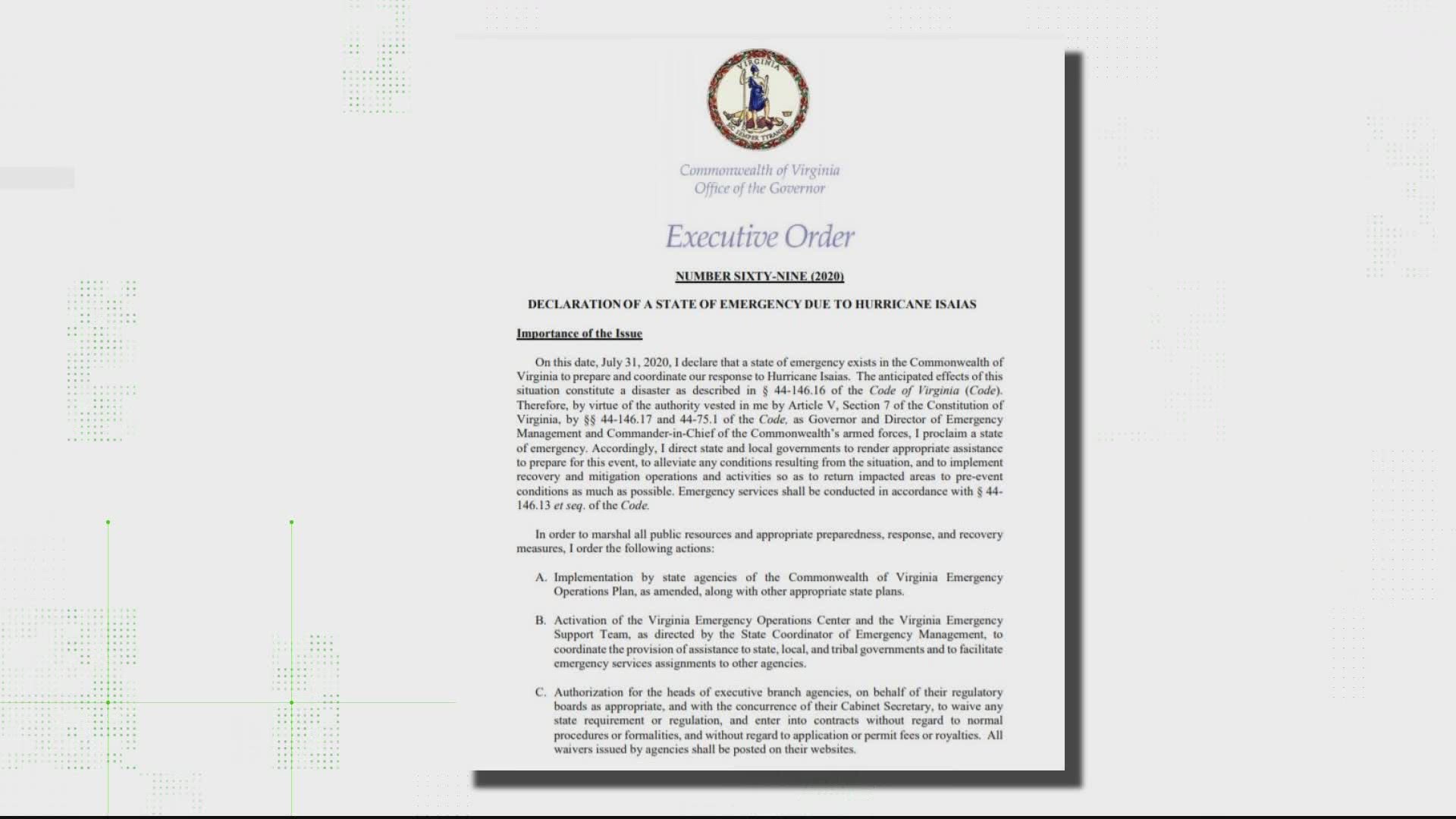 WASHINGTON — As the remnants of Hurricane Isaias bear down on the mid-Atlantic region, Virginia Gov. Ralph Northam declared a State of Emergency for the Commonwealth.

But what does that do?

Our Verify team looked into what a State of Emergency means in Virginia.

Let’s start with what’s true about these declarations.

A state’s governor’s office can declare a State of Emergency during, or in anticipation, of a disaster. It is more than just a proclamation.

In the simplest terms, the declaration allows the state to coordinate response and relief efforts with cities and counties. It cuts the red tape that could delay funds, resources and equipment from getting to the areas that need it.

Here’s what the most recent State of Emergency did:

It activated the Virginia Emergency Operations Center, enforced Virginia’s laws to fight price gouging of supplies, and activated the National Guard. It also includes funding set aside to deal with any damage from the disaster.

However, the State of Emergency does not mean businesses get shut down. It also does not act as a lockdown order.

The declaration of a State of Emergency is basically one of the tools a governor can use to work closely with localities. Especially when dealing with a disaster timing and coordination are everything.

Sign up for the Get Up DC newsletter: Your forecast. Your commute. Your news