Victims of the Poway synagogue shooting

POWAY, Calif. — Shortly after 11:30 a.m. on Saturday multiple people were shot in the Congregation Chabad synagogue in Poway.

Neighbors identified the 60-year-old woman who was killed as Lori Gilbert Kaye of San Diego. She was rushed to the hospital where she was pronounced dead.

Three other victims were injured in the shooting and taken to Palomar Hospital with the youngest victim later taken to Rady Children's Hospital. All three were listed in stable condition as of Saturday night and had been treated and released by Sunday morning.

They were identified as Rabbi Yisroel Goldstein, Almog Peretz and Noya Dahan.

A candlelight vigil was held Sunday night at Valle Verde Park in Poway to honor the victims of the shooting. Rabbi Goldstein was in attendance.

Chabad of Poway released the following statement on the support received from the community.

"The outpouring of love and support from our entire community, across the country and around the world in this very difficult time has brought us much comfort. A piece of us has been torn away with the loss of Lori. She came to synagogue to say Yizkor for her mother and instead we all said Yizkor for her. Please have Rabbi Yisroel Goldstein — Harav Yisroel ben Chana Priva — הרב ישראל בן חנה פריווא — the founding rabbi of Chabad of Poway; as well as Noyah bat Eden — נואה בת עדן — and Almog Yosef ben Ruti — אלמוג יוסף בו רותי — in your thoughts and prayers for their recovery.

Many have asked how they can contribute to help the victims and their families and assist Chabad of Poway get back on our feet, so we established a fund to do just that here: www.chabadpoway.com/standwithpoway.

May we have only joyous news to share in the future."

Here is what we have learned about each of the victims in the Poway synagogue shooting:

Kaye is described as a happy and generous person.

"Lori, you were a jewel in our community, a true Eshet Chayil, a Woman of Valor," her friend, Audrey Jacobs, said in a Facebook post that was shared on the Jewish Journal's website. "You were always running to do a mitzvah (good deed) and generously gave tzedaka (charity) to everyone. Your life was defined by your good deeds."

Friends said she was shot while trying to protect the rabbi of the synagogue, Yisroel Goldstein.

Jacobs said Kaye is survived by her husband and a 22-year-old daughter.

RELATED: 1 dead, 3 injured after shooting at Chabad synagogue in Poway

Rabbi Goldstein spoke at a press conference on Sunday. He shared memories of Lori Kaye saying he had known her for 20 years. He also said her husband is like a brother to him.

Goldstein also expressed his sorrow for Lori Kaye's daughter whom he identified by the name Hannah.

The Rabbi described the events that took place Saturday saying that he heard a loud noise and turned to see Kaye on the ground and a man in sunglasses pointing a rifle directly at him.

He went on to describe what he had been told about the gunman's weapon jamming and members of the congregation trying to pursue and stop the shooter.

Goldstein referred to the gunman as a "terrorist."

The third person struck was 34-year-old Almog Peretz. He was shot in the leg while trying to carry children out of the building.

"This is sad, but I am originally from Sderot so we know a bit about running from the Kassam rockets," Peretz told Israel's Channel 12 from his hospital bed. "There were many small kids next to me. I took a little girl who was our neighbor and three nieces of mine and ran. I opened the back gate and we ran with all the children to a building in the back. I hid them in that building."

The fourth victim is 8-year-old Noya Dahan, whose family moved here from Isreal to escape terrorism.

Noya's father Israel told Israel Radio that he had moved his family to California a number of years ago after their Sderot home absorbed several rocket shots from Gaza over the years, injuring him once.

"We came from fire to fire," he said, adding, "It can happen anywhere. [But] we are strong."

She was treated after shrapnel hit her leg and face. Police say the girl was initially brought to Palomar before being taken to Rady Children's Hospital to address shrapnel wounds to her face and body.

RELATED: Who is the San Diego Synagogue shooter?

A night vigil for the shooting victims was held Saturday at Rancho Bernardo Community Presbyterian Church.

Poway Mayor Steve Vaus joined other authorities in describing the shooting as a hate crime. It occurred six months to the day after 11 people were killed in a shooting on Oct. 27 at the Tree of Life Synagogue in Pittsburgh.

A GoFundMe page and Stand with Chabad Poway fundraising page have been set up to help the victims and the Chabad of Poway. 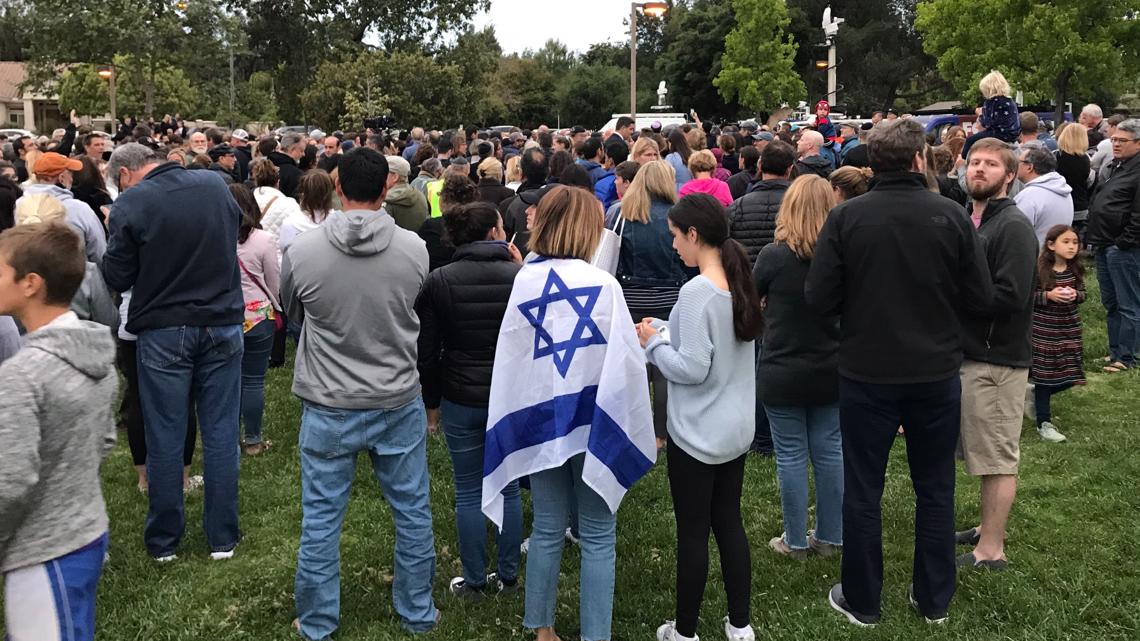 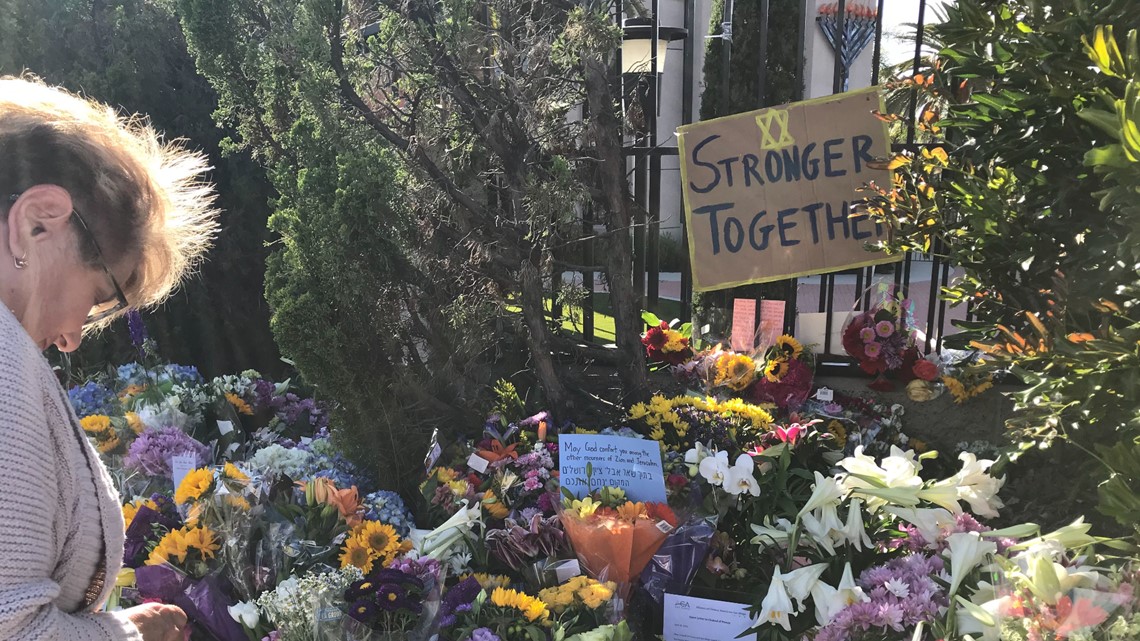