What is aiding and abetting? Here's what the 3 former Minneapolis officers face

The criminal complaints against the 3 former Minneapolis police officers outline that each could face up to 40 years in prison. 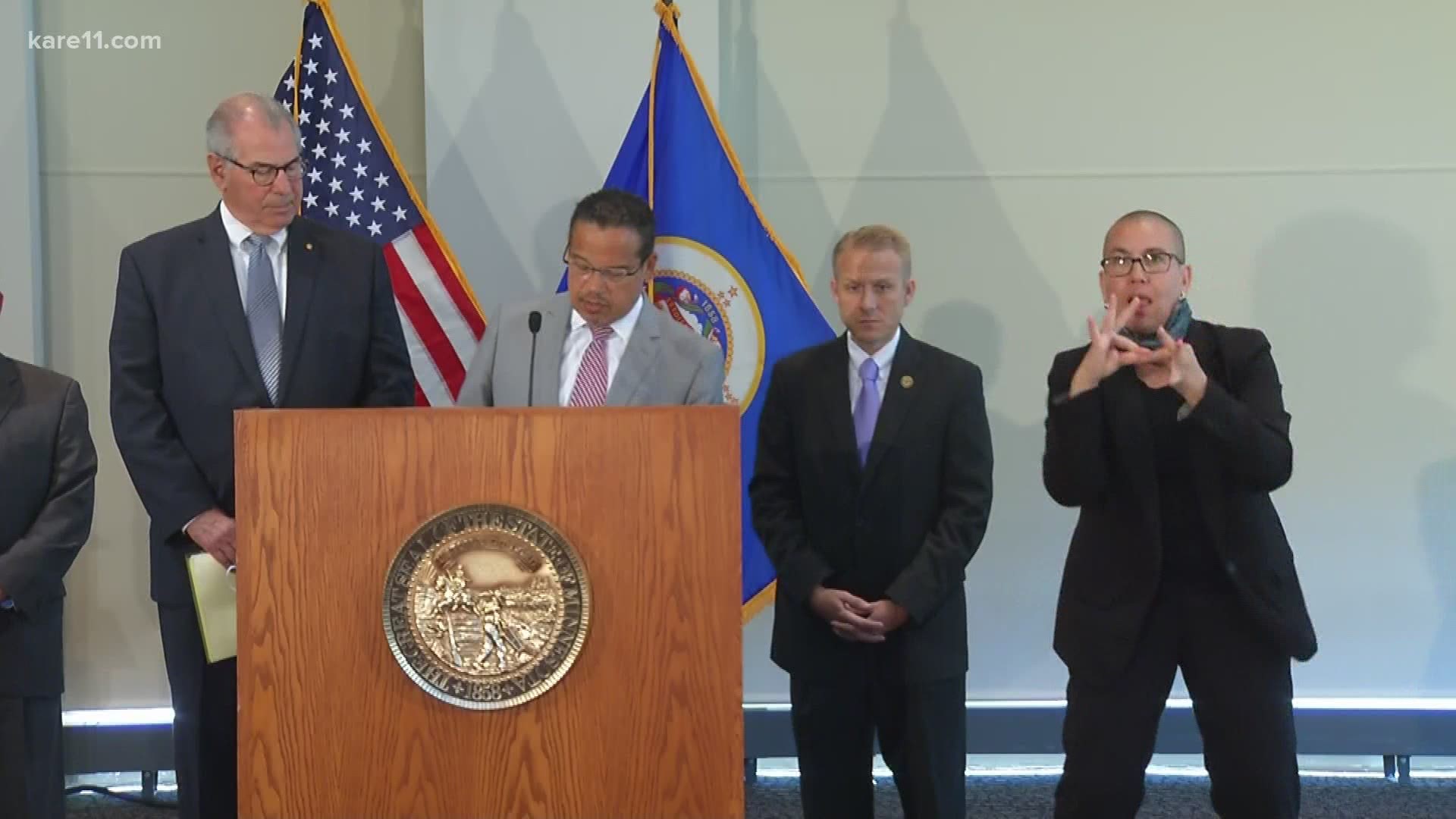 MINNEAPOLIS — After calls for justice and nationwide protests, three more former Minneapolis police officers have been charged in George Floyd's death. The fourth officer, Derek Chauvin, had his third-degree murder charge upgraded to second-degree murder to go along with a second-degree manslaughter charge.

According to Minnesota law, aiding and abetting is defined as a "person is criminally liable for a crime committed by another if the person intentionally aids, advises, hires, counsels, or conspires with or otherwise procures the other to commit the crime."

The charges were filed by Minnesota Attorney General Keith Ellison.

The treatment of Floyd -- a black man -- was captured on video by a bystander on May 25. It showed Chauvin holding his knee on Floyd's neck for several minutes as he was lying on the ground. The images have sparked protests nationwide and around the world against racial injustice and police brutality.

While Floyd family attorney Benjamin Crump and many protesters have called for a first-degree murder charge, Ellison said Wednesday that a first-degree charge requires premeditation and deliberation. Second-degree intentional murder means the person had to intend for death to be the result. He explained the charge he filed against Chauvin -- second-degree unintentional murder while committing a felony -- by saying that his team will contend that "George Floyd was assaulted, and so that would be the underlying felony."

Crump posted on Twitter Wednesday, calling it a "bittersweet moment" while thanking Ellison for taking decisive action and arresting and charging the three additional officers.

Minnesota's sentencing guidelines recommend up to 40 years imprisonment for a second-degree murder conviction.

"George Floyd mattered, he was loved, his family was important, his life had value, and we will seek justice for him and for you and we will find it," Ellison said at a news conference announcing the charges.

Ellison cautioned that winning convictions would be hard and said public pressure had no bearing on his decisions. He pointed out that Hennepin County Attorney Mike Freeman is the only Minnesota prosecutor who has won a murder conviction of a police officer.

RELATED: VERIFY: Fact-checking photos and claims from the nationwide protests

Former Minneapolis officer Mohamed Noor was found guilty on the same charges in May 2019 for the killing of Justine Damond. The unarmed Australian woman living in Minneapolis was shot after calling 911 to report a possible sexual assault. Noor was sentenced to serve 12 1/2 years in prison.

Chauvin was being held at the maximum-security Oak Park Heights Correctional Facility after being transferred there due to concerns about his safety, and potential exposure to COVID-19.

Minnesota has opened a civil rights investigation into whether the Minneapolis Police Department has a pattern of discrimination against minorities.

Credit: AP
Quincy Mason, center, the son of George Floyd, and family attorney Ben Crump, left, kneel, Wednesday, June 3, 2020 as they visited the site of a memorial in Minneapolis where Floyd was arrested on May 25 and died while in police custody. Video shared online by a bystander showed a white officer kneeling on his neck during his arrest as he pleaded that he couldn't breathe. (AP Photo/Jim Mone)