What kinds of weapons were used in the shooting death of Officer Tara O'Sullivan?

Sacramento County Sheriff's Office Rangemaster Sgt. Matthew Owens explained the type of weapon used in the deadly shooting and the criteria of an "assault rifle." 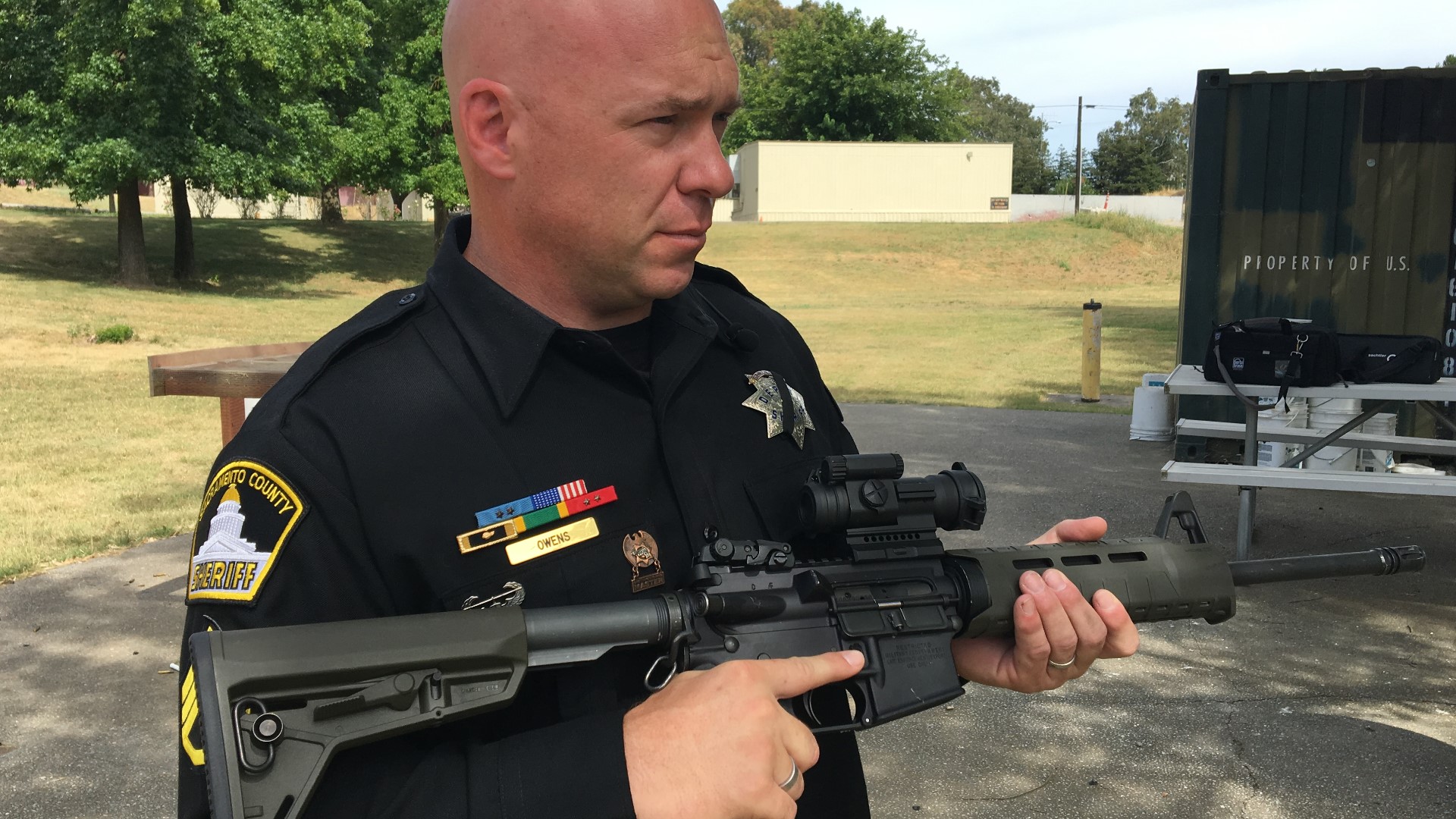 ELK GROVE, Calif. — In the wake of the shooting death of Sacramento Police Officer Tara O'Sullivan, many people have been wondering what kind of guns were used by the alleged suspect, Adel Sambrano Ramos.

Q. What is the definition of an assault rifle?

A. "An assault rifle isn't technically a gun per se. It's actually a classification. Typically when we're talking assault rifles, if it's a rifle and it has a detachable magazine, and if it's got that and has any of the following features: a collapsible stock or a pistol grip that protrudes conspicuously under the action. If it has those two features, it's considered an assault rifle."

Q. What's the description of a .223 assault rifle?

A. "223 is the bullet caliber that the gun is chambered in, and so a gun that is chambered for 223 rounds can shoot 223 rounds, but you can't shoot 5.56 caliber rounds out of there because of the excess pressure in the chamber. You can blow the gun up."

A. "Everyone generically thinks that AR and AR-15 stands for 'assault rifle.' It doesn't. It stands for Armalite. That's the company that first patented this weapon back in the pre-Vietnam days before it was adopted by the United States military. So AR just means Armalite. It does not mean assault rifle."