Currently there are about 800 JUMP bikes and scooters in Sacramento. By the end of summer, there will be approximately 2,000. 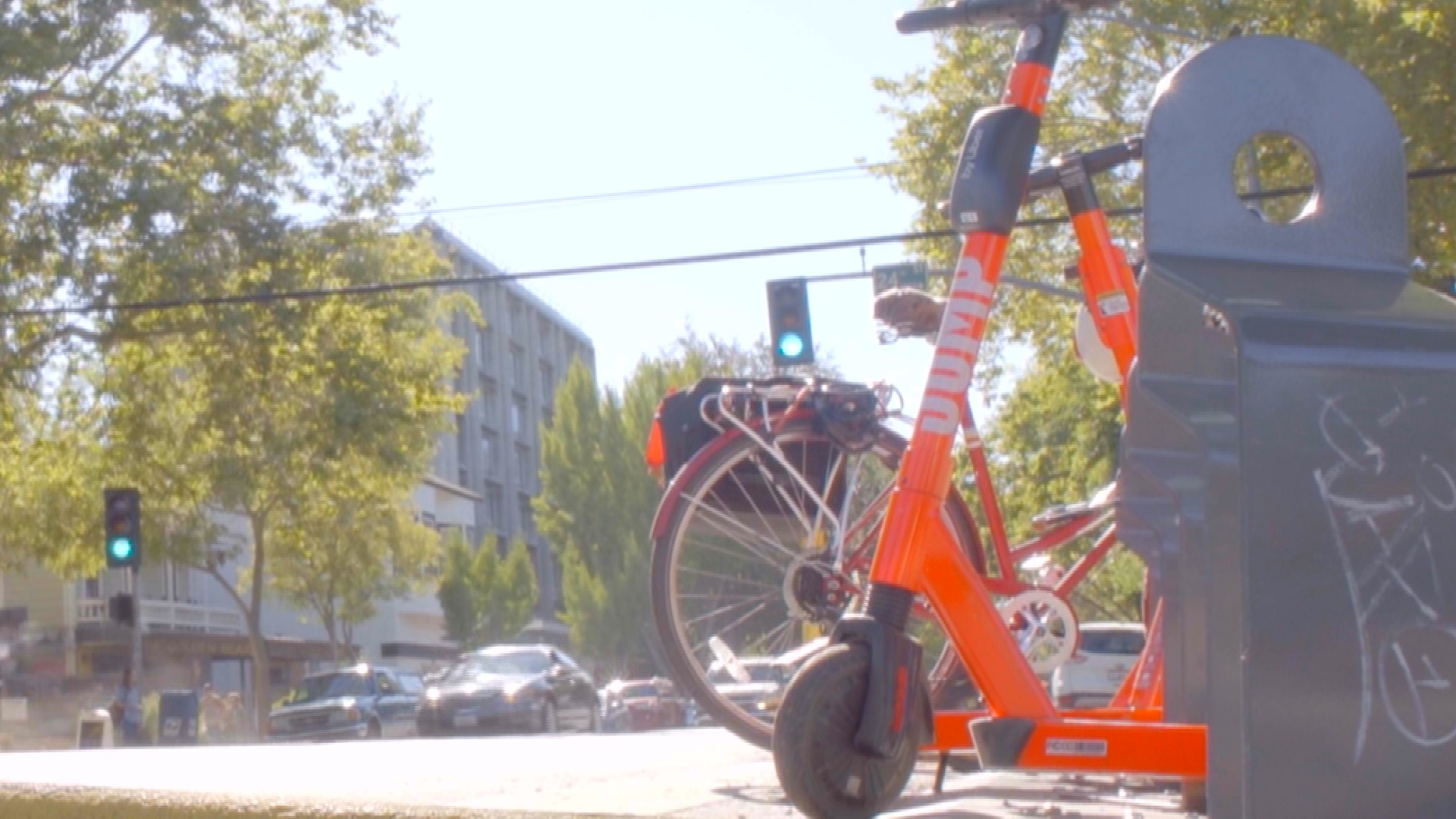 SACRAMENTO, Calif. — With more electric scooters expected to arrive in Sacramento this summer, city officials want to remind the public what's legal and what isn't.

Currently there are about 800 JUMP bikes and scooters in Sacramento. By the end of summer, there will be approximately 2,000, according to Jennifer Donlon Wyant, the City of Sacramento's Transportation Planning Manager.

On Thursday, the Sacramento Police Department and City Public Works staff educated riders on the importance of traffic laws and the dos and dont's of riding a JUMP bike or scooter.

While patrolling the downtown area, Chan said he sees a lot of people riding scooters on the sidewalk.

"I see it almost on a daily basis –  people either falling, almost falling, or near crashes, and it's a real problem," Chan added. "That's why we're out here today educating the public. We really want people to know that there are some rules or laws that need to be followed when you're using these."

City law also states e-scooter users must be 18 or older and have a driver's license.

"Most people don't realize that those are considered actual motorized vehicles, and they have to be ridden in the street," Chan said.

Officer Chan told ABC10 the department doesn't have data on how many people have been injured on e-bikes or e-scooters, but he said they are working on a way to track collisions related to shared rideables.

WATCH ALSO: Why aren't you required to wear helmets on JUMP Bikes? | WHY GUY