There's a new landscape at California community colleges thanks to tuition waivers, a pilot bachelor's degree program, and money flowing toward basic needs. 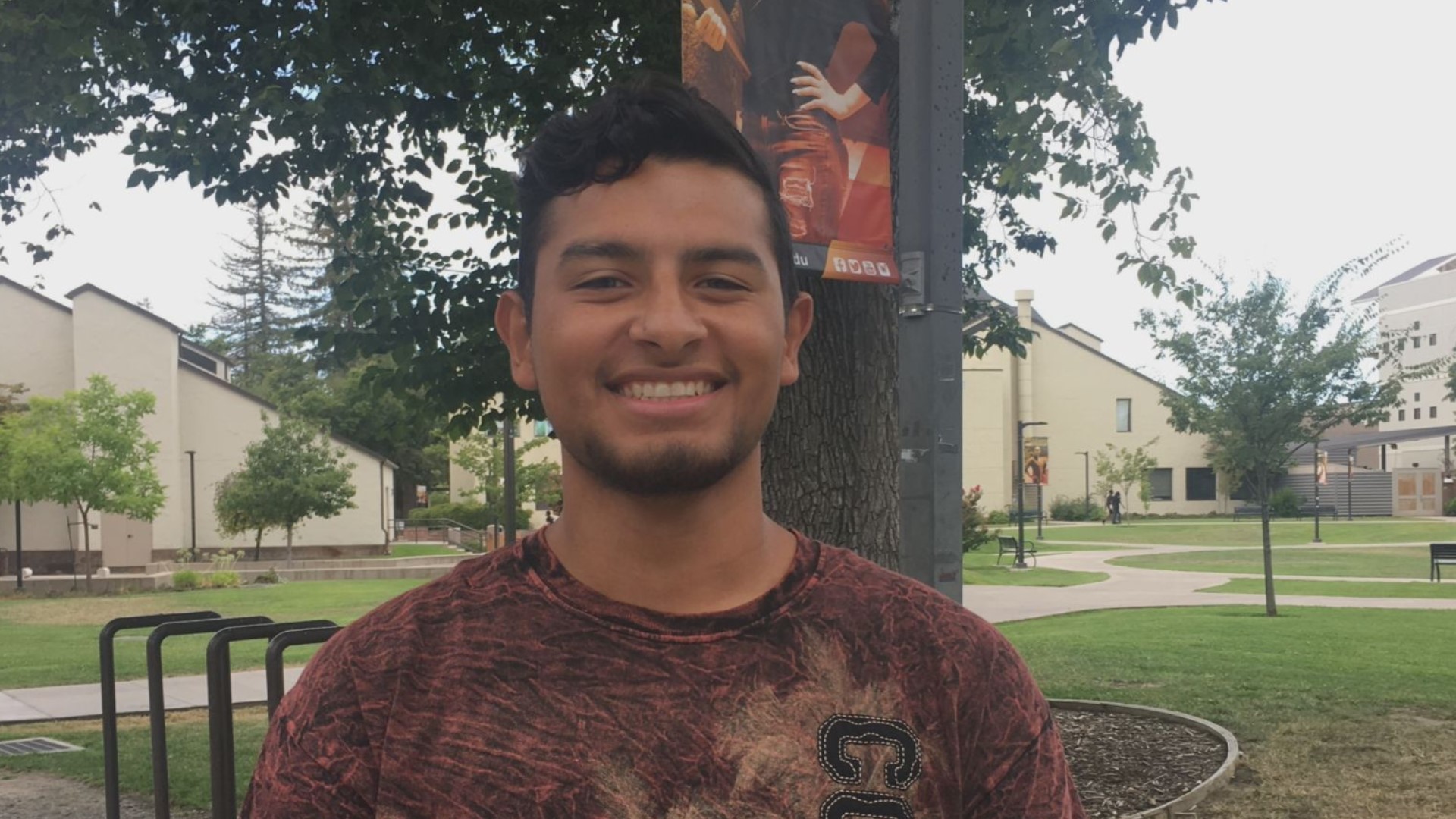 CALIFORNIA, USA — With the tuition waivers, bachelor’s degree pilot programs, and even money flowing toward basic student needs, the landscape of the modern community college in California is nowhere near the same as it was before.

“Systemwide, we’ve made a lot of changes in the last few years, and we need to give those time to mature and to fully take root,” said Paul Feist, spokesperson for the California Community College Chancellor’s Office.

As those resources come from the top, they begin to grow in colleges like San Joaquin Delta as they take the best of those programs and shape them for what their students need.

“We know that there’s just so many other competing factors in student’s lives that can impede their progress and success, and, so, we want to do whatever we can to identify what their needs are and provide services to mitigate them,” said Angela Tos, Dean of Enrollment at Delta college.

One of the bigger changes to hit the community colleges in recent years is the California College Promise program. It was recently expanded by Gov. Gavin Newsom to allow colleges to waive up to two years of tuition for first-time, full-time community college students.

San Joaquin Delta jumped on the program’s expansion with marketing efforts and their enrollment express, which helped students sign up for classes. Beyond even getting the word out, they also did automatic awards.

“Even if students didn’t know about it and were eligible, we waived their tuition,” she added.

The program won't necessarily make those first two years free for every student at every college. Waiving the fees is an option these colleges can take, however, some can still choose to use the money toward support services or grants that help cover childcare, transportation, books, or other expenses.

Feist said that the community college system has been waiving tuition fees for years - about 50 percent of students already don’t pay fees. Even with the waivers, he says there’s still a ways to go in helping their students.

“That’s one of the things we’re very focused on today and going into the new year is expanding financial assistance for students to cover those costs to help…,” he added.

Some of that focus is on getting better access to the Cal Grant program to help students pay for housing, food, and transportation.

A focus on basic needs for students

Before the #RealCollege survey came out in March showing about 50 percent of California students had experienced food insecurity, Delta college already had a new food pantry waiting to be opened.

“In every area of the [#RealCollege] survey, we had a higher percentage of students impacted with food insecurity, impacted with housing insecurity and so it affirmed for us that the food pantry was very important to provide for students…,” Tos said.

While CSU and UC campuses are no strangers to food pantries, the practice is now starting to become more common for community colleges, according to Tos.

Since the Delta college pantry opened last spring, it saw foot traffic from 1,335 unique students, totaling 2,786 visits. All these visits came within the span of one semester, ranging from March 19 to May 31.

“To be honest, I don’t think we knew what to expect. We knew that there was need, but we just wanted to do whatever we could to meet the needs,” Tos said.

With its popularity booming, the college is looking toward keeping the pantry sustainable and viable. Part of that would come through potential partnerships built with local food banks in the area.

According to Tos, some colleges even partner with food banks and mobile units to visit the campus and distribute food monthly or bimonthly.

On the housing insecurity front, the college is also partnering with Lutheran Social Services of Northern California to get their housing insecure and homeless students into off-campus housing.

One of the more ambitious programs that community colleges have undertaken is a pilot bachelor’s degree program. Only 15 community colleges in the state were chosen for the pilot, with local programs at Solano Community College and Modesto Junior College.

While it’s not something expected of the community colleges, Feist said it is something other states have been doing.

In 2018, a PEW study showed that more than a third of the country’s two-year colleges are offering bachelor’s degrees. In California, the defining characteristic behind that degree is workforce need.

“We don’t want to offer the same bachelor’s degree program that the CSU does, but there’s some emerging requirements in some industries like dental hygiene,” Feist said. “The industry is increasingly requiring a bachelor’s degree to do a lot of this work, so we’re trying to meet that need.”

Over at Modesto Junior College, their Respiratory Care Program came about due to what Program Director Bonnie Hunt said is a trend to have a bachelor’s degree to enter the profession.

“There’s always this discussion in California whether the community college should take this on or expand it, so those discussions will continue,” Feist said.

While the program has been up and running for a few years, the pilot will need to be analyzed to see how well it's working.