Instead of spending their morning sleeping in, watching the parade or cooking, families make sure people in need are not alone. 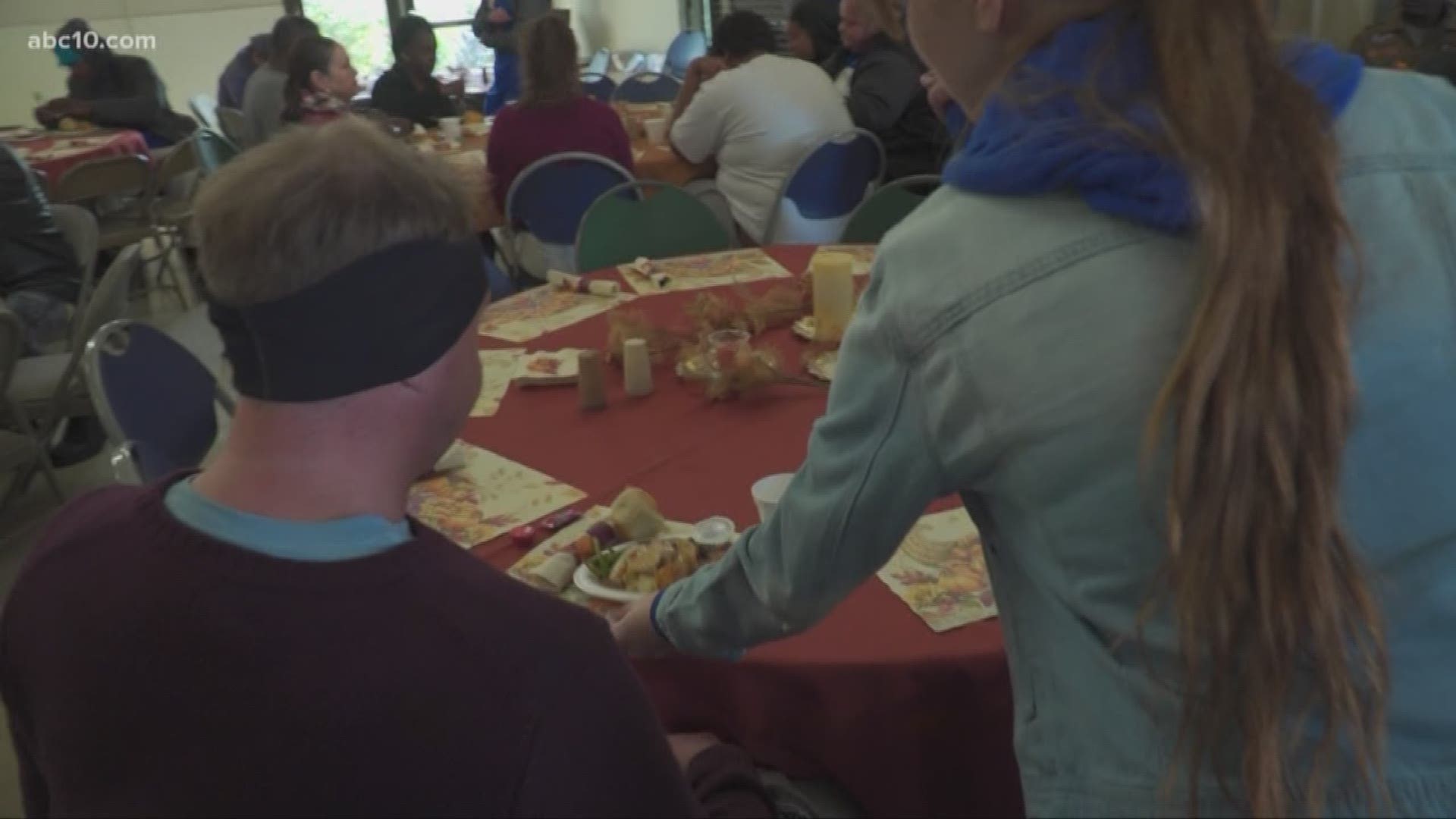 A tradition that wouldn't be possible without the help of volunteers giving up their own Thanksgiving mornings.

Agustin moved to Sacramento all the way from Hawaii with her mom.

And because they don't have any family out here, they decided to spend their Thanksgiving morning giving back to their new community.

"It's something that we try to make sure that she's aware of, that... you may have it bad but other people may have it worse than you. So it's always good to just give back," said volunteer Vaneza Agustin.

The Madsen family has spent somewhere around 8 years volunteering at the Center of Hope Shelter in Sacramento.

"We started coming when they were pretty little and we've come every year since," said Melba Madsen. "I just wanted them to learn to give back,  that others might have less than them... that's the tradition we started."

Instead of the family spending their morning sleeping in, watching the parade or cooking, they make sure people in need are not alone.

"Everybody has their own things that they're going through and a lot of people don't have as much as other people," said Bethel Madsen. "It's nice to give to people and see people happy..."

WATCH ALSO: How to handle family during the holidays

Do you have a family who likes to make a lot of drama? Dr. Shelly Middleton, a licensed marriage and family therapist, has some tips to help.