Several state and tribal partners submitted an application to remove California and Steller sea lions in the Columbia River and its tributaries. 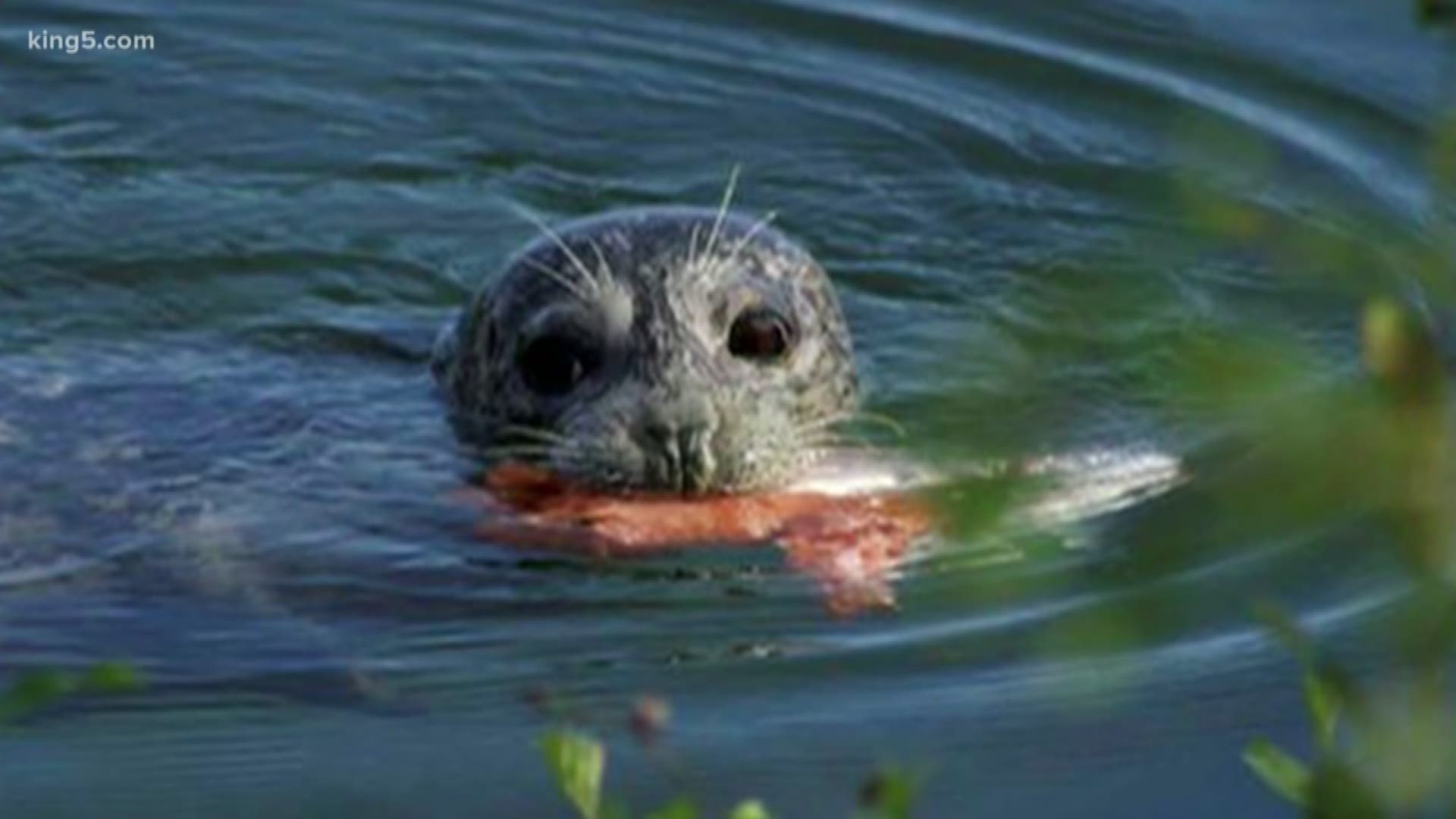 OLYMPIA, Wash. — The Washington Department of Fish and Wildlife (WDFW), along with several other state and tribal partners, have submitted an application for the "lethal" removal of two types of sea lions preying on the threatened salmon and steelhead runs in the Columbia River and its tributaries.

The application, submitted to the National Marine Fisheries Service, calls for the removal of both California and Steller sea lions from a section of the mainstream Columbia River.

California sea lions, and now Steller sea lions in the Columbia River, have been growing steadily in numbers in the last decade.

According to the WDFW, non-lethal methods for the long-term removal of the sea lions have been relatively unsuccessful in the past.

The sea lions prey heavily on salmon and steelhead runs listed under the Endangered Species Act.

These impacts come at a time when many Chinook salmon runs are already at historic lows.

RELATED: Streamside buffers could help efforts to save Washington orcas

The recovery of sea lions since the passage of the Marine Mammal Protection Act in 1972 is a success story. However, according to Kessina Lee, the Region 5 director with the WDFW, that recovery has also presented several challenges.

“The vast majority of these animals remain in coastal and offshore waters, but several hundred have established themselves in upriver locations,” Lee said. “Where salmon and steelhead numbers are low, any unmanaged increase in predation can cause serious problems.”

The application was presented by wildlife departments in Washington, Oregon and Idaho.

“Based on years of experience working within the bounds of the Marine Mammal Protection Act, the Columbia River fishing tribes contend that predator management is necessary to restore balance to the Columbia River system,” said Ryan Smith, chairman of the Columbia River Inter-Tribal Fish Commission. “Strong partnerships and collaboration with the states, northwest congressional delegation, federal authorities, and nongovernment organizations resulted in this amendment, which applies robust tools to manage sea lions in the lower Columbia River and recognizes tribal sovereignty in that management.”

If the application is approved, the WDFW expects to begin humanely removing the sea lions in 2020.

There will be a public commentary period if the application is approved.

You can view the entire application here.