Paula Beth James, 68, was found alive in her car that had been buried in snow, according to the Butte County Sheriff's Office. 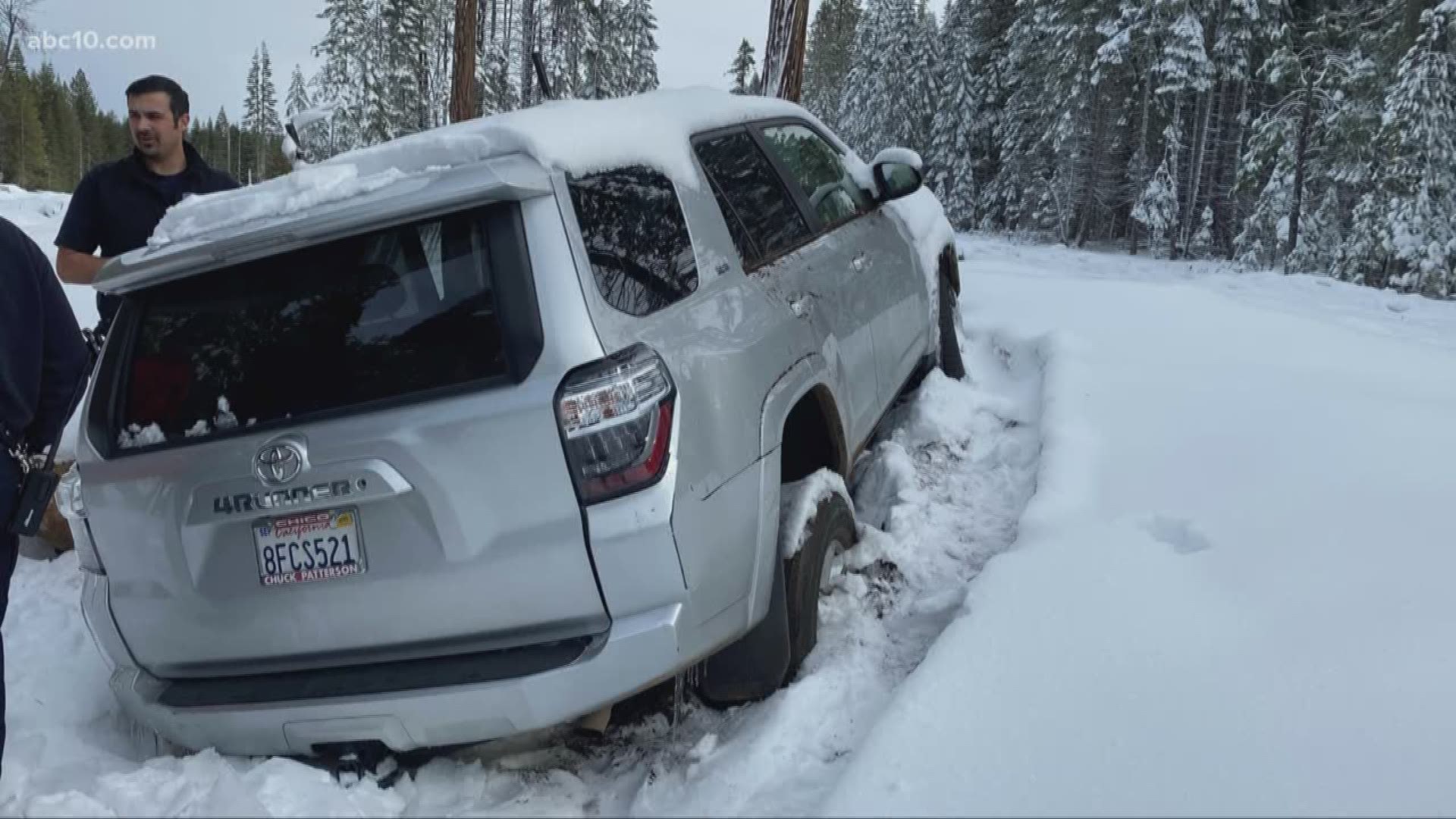 Paula Beth James was found in her car a few miles from the Bambi Inn, according to the Butte County Sheriff's Office. Her car had been covered in snow when employees made contact after spotting it from the helicopter. The sheriff's office said that over 100 hours were spent searching for James using both air and ground resources.

James is in stable condition and was taken to a local hospital.

A woman who has been missing for nearly a week was found alive by the Butte County Sheriff’s Office (BCSO) Wednesday.

Paula Beth James, 68, was last seen at her Oroville home Thursday, Jan. 9 around 7 p.m., according to the sheriff's office.

James was found alive in her silver Toyota 4Runner shortly before noon Wednesday. An air search spotted the SUV buried in snow near Butte Meadows, according to the sheriff's office.

BCSO Search and Rescue is on its way with a Sno-Cat to bring James from her car to the paramedics, where she can be treated.

The sheriff’s office does not have any more information about her condition at this time.

WATCH ALSO: Geek Lab: Why doesn't it get warm in the winter?

Now it's time on #MorningBlend10 for Geek Lab, when Rob Carlmark answer questions about... well, the weather.