Public defenders Tracie Olson and Monica Brushia say they want changes to the justice system and jurors to think critically about the police. 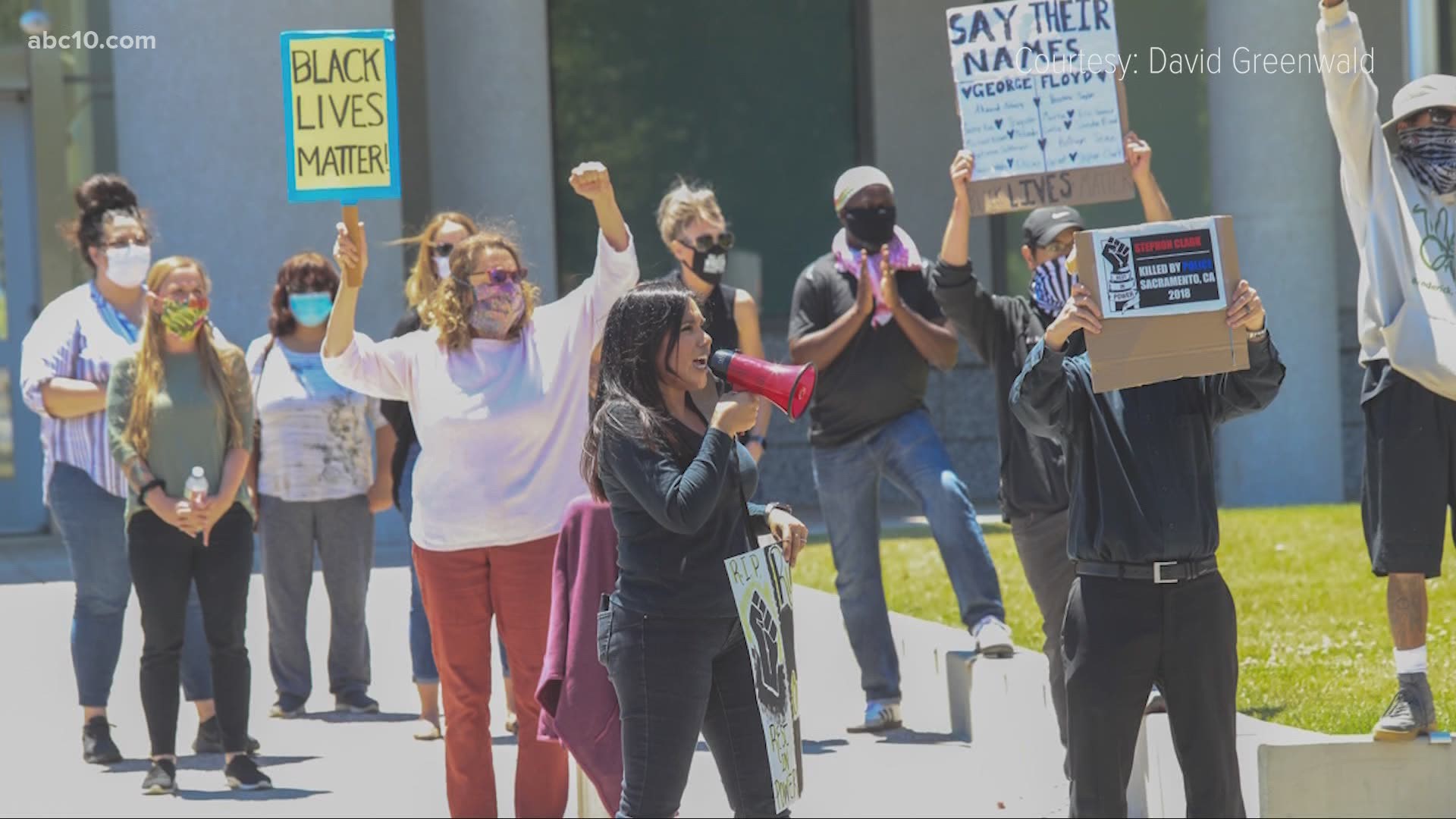 WOODLAND, Calif. — Public defenders around the country protested in solidarity Monday in support of the Black Lives Matter movement and to highlight the injustices they see daily in the courtroom.

ABC10 sat down with two Yolo County public defenders, Tracie Olson and Monica Brushia to get their perspectives.

Q: Why did you feel it was important to take part in the protests Monday?

Tracie Olson: "It was an act of solidarity to show that not only do we bear witness to all the injustices that we see not only to our black clients, but it was important to show that we were united in a fight against what we see every day in our courtrooms."

Q: What kinds of disparities have you seen?

Tracie Olson: “Honestly we see black people go to prison for crimes that white people don’t go to prison for…On April 20th, I looked at the jail population. We had about a little under 200 people in the jail, 49 of whom were black. So that’s 25% of our Yolo County jail population is black. Yolo County’s demographic population is 3% black. So we have over an 800% over-representation of black men and women in our local jail. So it is a local problem.”

Monica Brushia: “You get people of color sentenced way more harshly than a white person, white man or white woman, just disproportionate, for the same crime. I mean maybe I could see if they’re not doing those types of crimes but it’s the same crime."

Q: What kind of abuse have you seen?

Tracie Olson: “We see injustices in what’s supposed to be the justice system. We see violence in the name of the law. We see mass incarceration in the name of public safety…When we have discussions with them about what the police reports say versus what our clients tell us actually happened, we see firsthand and we hear firsthand what the differences are.”

Monica Brushia: “It’s not just physical abuse it’s all kinds of abuse. I have clients that will tell me, ‘You know, I had $12,000 dollars on me. The report says I only had $2,000 dollars on me. So where’s that other $10,000 dollars.’ Or, ‘I had 5 grams of methamphetamine on me. Now they’re saying I only had two. Where’s the other 3 grams of methamphetamine?... It’s not just abuse that leads to death. It’s just abuse that leads to pain and suffering.”

Q: What main change would you like to see as the result of your protest?

Tracie Olson: “The public are going to be my jurors. And so I think now jurors are starting to understand that when police officers say X happened, that may not always be what happened.”

Monica Brushia: “Many times a lot of citizens, a lot of jurors will come in saying ‘Well because he’s an officer, or because she’s an officer, I tend to believe them.’ And that should not be the case.”

WATCH MORE: A protester in Stockton tells the police that it's not just on them, but everyone needs to be held responsible for what is going on.

► RAIN OR SHINE? GET THE LATEST FORECAST IN YOUR NEIGHBORHOOD BY DOWNLOADING OUR APP: