Marc Yu found the letter Wednesday morning and later called police. He then posted the hateful message on his Facebook page where it soon went viral. 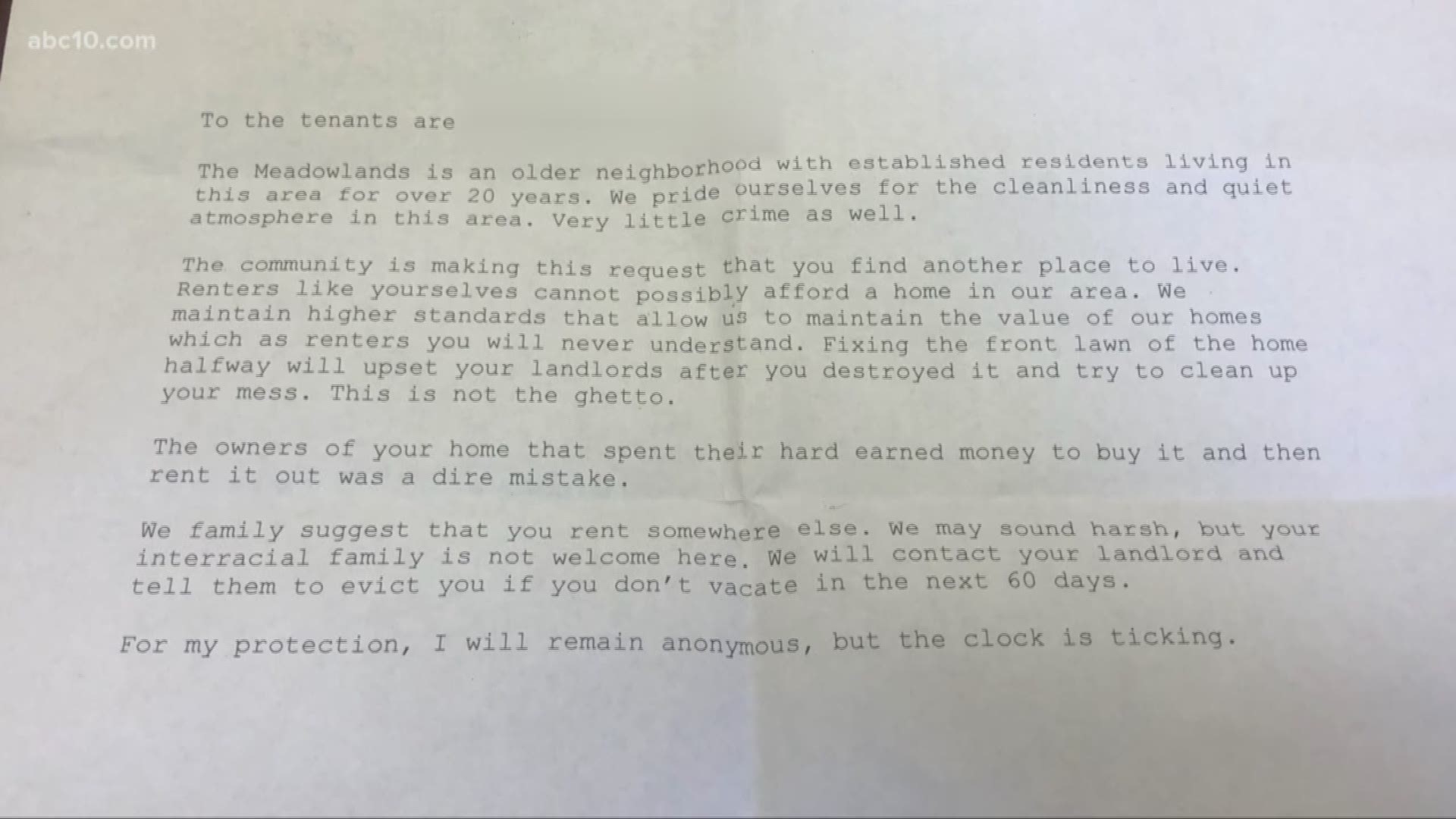 VACAVILLE, Calif. --  Marc Yu's day did not go as planned, and it all started with a letter in his mailbox.

He couldn't believe what he was reading. The letter, typed out from an anonymous neighbor, read "The community is making this request that you find another place to live. Renters like yourselves can't possibly afford a home in our area... This is not the ghetto."

The writer of the letter also demanded the family move in 60 days, threatening that "the clock is ticking."

But that was not the most upsetting part for Yu and his family. The letter went on to read "we may sound harsh but your interracial family isn't welcome here."

"My wife is 100 percent Mexican. I'm Chinese and Filipino," Yu explained. "The letter basically targeted my wife and I being interracial couple." Yu says his family isn't the only multiracial family in the neighborhood.

Yu called the Vacaville Police Department and told ABC10 they are looking into the threatening letter.

But this isn't the first letter the family has received. Yu told ABC10 when his family first moved into the neighborhood, they were told they needed to clear their front yard of the moving boxes they had outside.

Yu said someone complained to code enforcement and he ended cleaning up the items.

"That letter wasn't as bad as this, but it said 'you guys need to clean up,'" Yu recalled. "That's understandable. I had pride, so I cleaned it up."

That was then. This is now. And this time it's personal. Yu wants the anonymous writer to know his family is here to stay.

"We want our simple life to be left alone," Yu said. "You aren't going to drive us out of Vacaville. We love Vacaville."

(Editor's Note: An update about a suspect interviewed in this case was mistakenly added to this article. That update was connected to a different case in Vacaville. We regret the mistake.)