A little girl faces big challenges from day one, but her determination, her parents, and UC Davis Children's Hospital make all the difference. 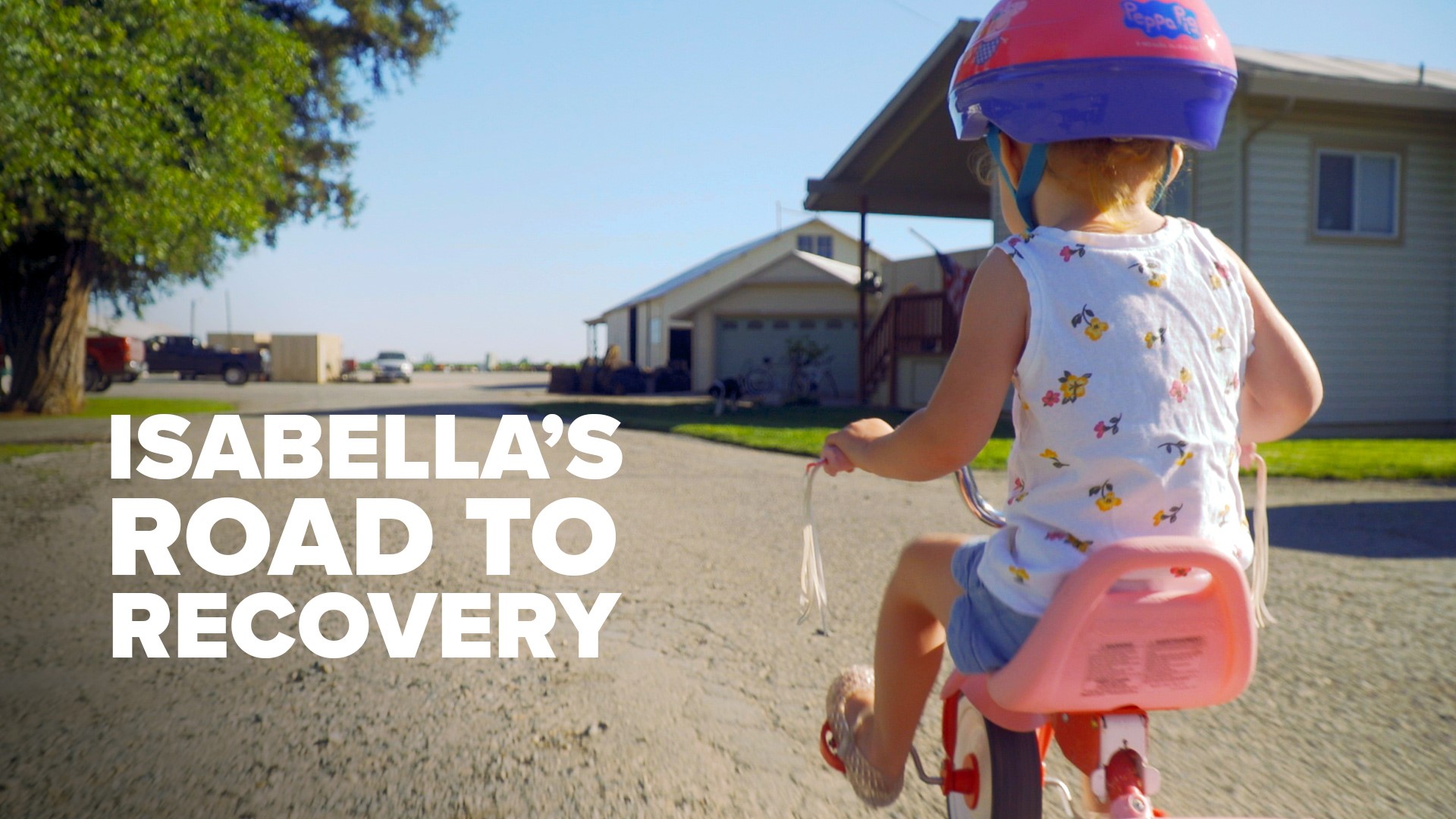 SACRAMENTO, Calif. — She looks like a typical almost-three-year-old. To see her playing in her back yard is amazing, considering what she suffered through her first year.

Isabella Lazzerini was a normal birth on October 3, 2016. There were no major red flags during pregnancy for her mother Robyn, and dad Guido. That changed quickly.

Isabella started gagging the night she was born. Doctors found that her esophagus was connected to her trachea. That was just the beginning of a long stretch of bad events.

"That was the first thing we found out, that she was going to need surgery. So, they transferred us to another hospital. At that hospital, they started looking for other things, and they found out she needed heart surgery," said Robin.

That's when Isabella was transferred to UC Davis Children’s Hospital. She spent the first three weeks of her life under steady watch. Tests were underway and the staff was reaching out to medical experts as far away as Boston and South America to get advice on how to deal with all of her unique issues.

How unique? Isabella has these two medical challenges: Iso Hemihypertrophy, which occurs in 1-in-86,000 births. The result can be the overgrowth of a body part and indicates a cancer risk. She also has VACTERL association, which afflicts 1-in-40,000 and may result in multiple birth defects and organ irregularities.

Considering how much she's gone through in such a short amount of time, I asked Bella’s Dad, Guido, how tough she is.

The upside to all of this is where Isabella ended up being treated.

"I don't think we could have landed in a better spot. We are so grateful for UC Davis Children's Hospital, and everything from the support from the nurses and doctors, and educating us before surgery," said Guido.

"They're a miracle at what they do. Without them I don't think Isabella could be here," Guido added.

One of those vital to Isabella's care at the UC Davis Children’s Hospital was nurse Mary Cignarella. She provided medical and emotional support that later became family friendship.

Isabella still faces possible recurrences of issues battled before. The fact that her family will soon plan a third birthday party for her is not taken for granted.