Caleb's father, Will, died from a genetic heart defect that went undetected back in 2010. Doctors couldn't help being concerned about Caleb. 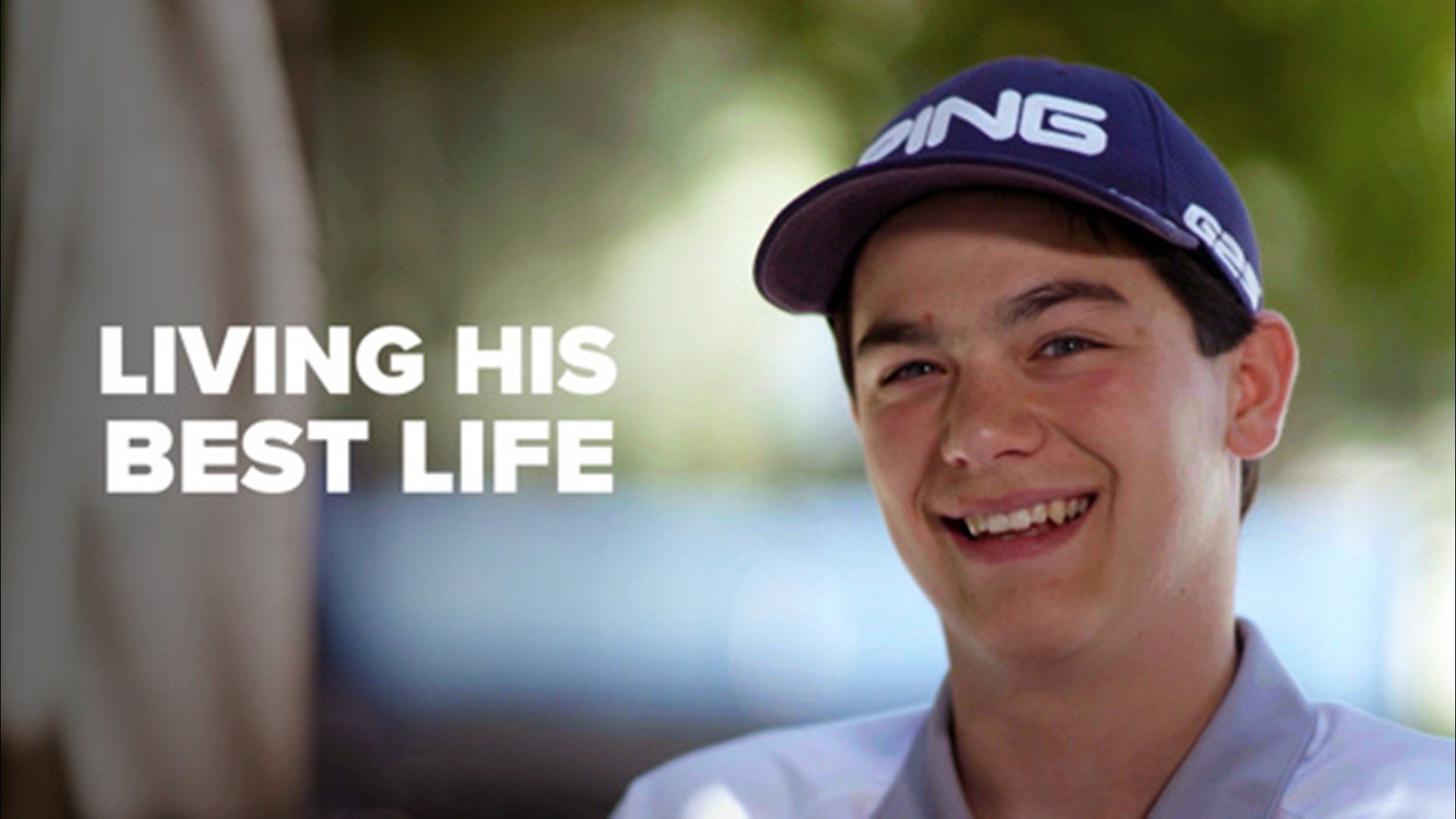 SACRAMENTO, Calif. — Born with five heart defects, Caleb Smith had his first surgery at only two months of age. Today, he's a gifted 16-year-old with a swing that's going to make a lot of golfers want to hang up their clubs.

"He was born on a Friday. By Monday he was failing to thrive...not able to eat...hardly crying...just really going downhill," said Caleb's mom Anissa Smith. "They had hoped to wait until he was 2-years-old, but he turned blue too many times in those first two months. They had to rush it up, and that began our journey. We knew that there would be another surgery down the road."

Caleb will require surgery for every 8 to 10 years of his life, but he is taking it all in stride.

"I've always known that would be the case from really as young as I can remember. So I've just grown up that way. It really is just a normal for me," said Caleb.

Caleb's father, Will, died from a genetic heart defect that went undetected back in 2010. Doctors couldn't help being concerned about Caleb.

"I often say it's more about the 'can do' instead of the cannot with heart kids," said Smith. "But they've always encouraged what can he do. So golf especially is one of those things that he can do, and so he has done it since he was little."

"It's very equalizing," said Caleb. "It doesn't really matter how old you are. How tall you are...how strong you are. I think there are very few sports that are like that."

Caleb's doctor, Jeanny Park, tells me she actually came to the Davis Golf course to hit a few balls with Caleb.

"Almost like daredevil types of stuff...that's what he wants to do," said Dr. Park. "But that's the really great part about pediatrics, right? You want to have your patients grow up. I've been to a couple of weddings. I've been invited to some graduations. I just love it. They are living their best life. That's the goal."

Caleb's mother says it's that type of compassionate care that means so much during difficult times.

"It is a huge blessing to know that when you go to the hospital you are not only going to receive excellent care but that you are going to receive it from people who are actually compassionate and care about your child," said Caleb's mom Anissa. "So I cannot recommend highly enough UC Davis Children's hospital. It is a fantastic experience. Nobody wants their child to have to be in the hospital especially to have surgery and long term care but if you do...that's the place you want your child to be."