One family's joy is complete when UC Davis Children's Hospital and the Children's Miracle Network saved their little girl's life. 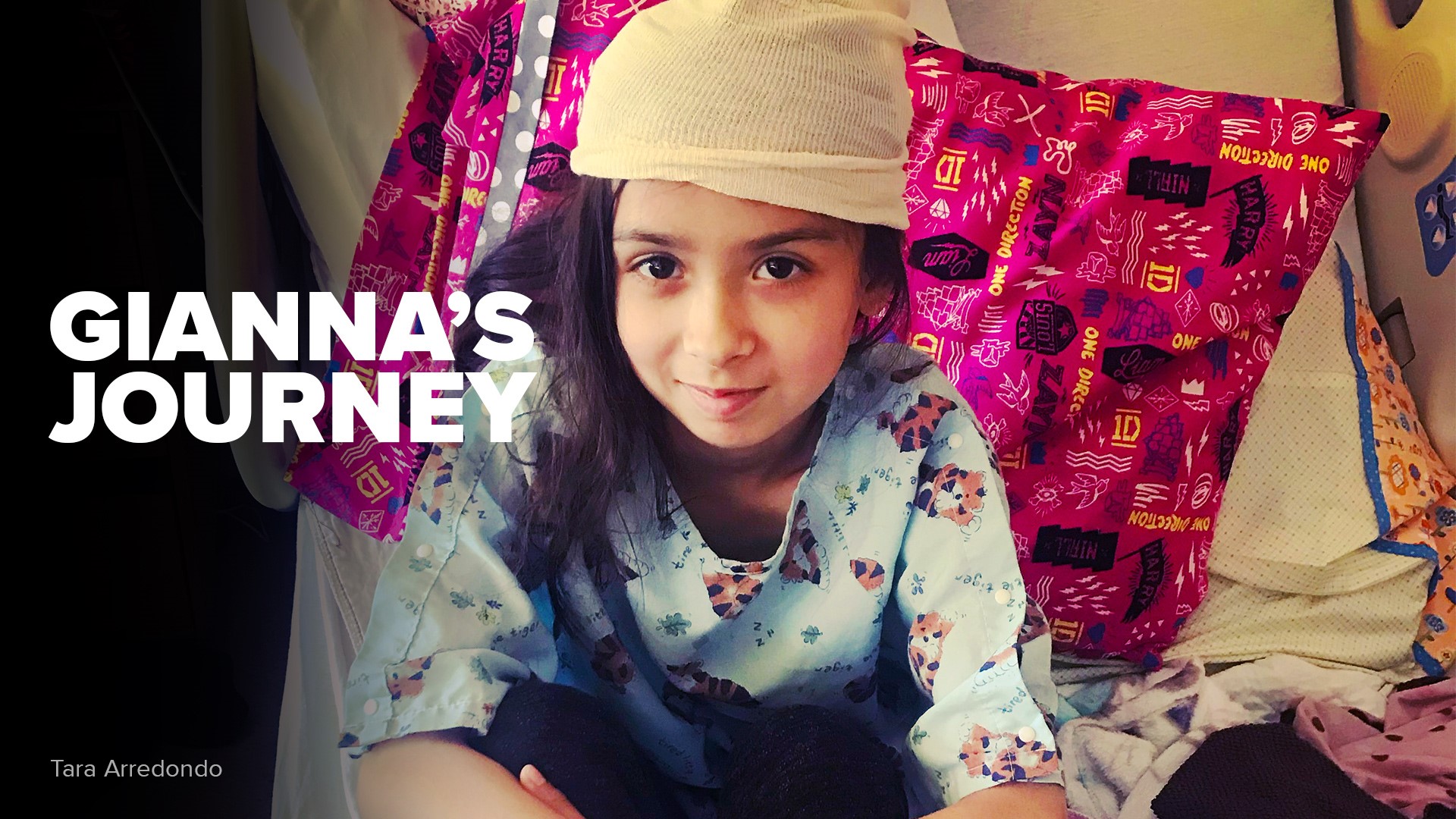 SACRAMENTO, Calif. — Every parent hopes for a happy healthy baby girl or boy, but what happens when your beautiful child gets sick?

That's when panic sets in, but that's also where UC Davis Children's Hospital - along with the Children's Miracle Network steps in and uses every resource available to save that child's life.

That's what they did with Gianna Arredondo.

"When she was about 3 years old, she started having really bad migraines," said Gianna's mom Tara. She and Kevin Arredondo, Gianna's dad, were worried about their baby girl.

"She would just be laying in bed for 3 days at a time," she added. "We'd have to shut blinds, curtains, put blankets up and she'd be throwing up."

That's when they took her to UC Davis Children's Hospital. They got news they weren't expecting.

"She [the nurse] said, 'Gianna has what her dad has, and she has several of them, and they're quite large and need to be removed.'"

Gianna had what are known as cavernous malformations. Kevin Arredondo explains them this way, "They're like tumors in your brain and they look like raspberries, and it's a cluster of blood vessels."

"When they were taking her into surgery, I think that's when I broke down," recalled Tara Arredondo.

"It occurs in about half of a percent of the population so it's very rare," said Dr. Zwienenberg.

Dr. Zwienenberg says Gianna's surgery took hours, but, even when young Gianna was out of surgery, she was weak and barely responsive for days.

That gave doctors and her parents quite a scare until Tara said, "She woke up on the fifth day with her normal personality. Just sassy and making fun of Dad about how he was snoring that night and that it was waking her up."

The Arredondo's had their miracle, and their little girl was back!

However, the story doesn't stop there.

"I was in the kitchen and she came up to me and was like, 'Mom my arm is shaky.' That's when we found out the mass that was in there had grown, and was leaking blood into her motor area," Tara Arredondo recalled. "It was a possibility that she could come out half-paralyzed from the surgery, but we had to have it removed because the other option was worse."

It was a horrific situation, but thanks to the Children's Miracle Network, it was made a little bit easier with incredible technology designed just for kids.

They have CinemaVision Goggles that kids can wear during MRI and other types of procedures. It takes their mind off of what's going on and lets them watch a movie, which helps the young patients relax while doctors work.

Gianna doesn't remember much about it all.

"I remember that it was fun," Gianna said. "I could watch a movie, and, when they had to talk to me, I could see their faces."

It doesn't stop at kids' comfort, though. UC Davis Children's Hospital has cutting edge technology to help doctors specifically treat even the most vulnerable patients.

While Gianna was watching Ralph Breaks the Internet during her MRI, doctors were getting crucial information.

"We can merge the image that we see on an MRI with where it actually is in space on our head during surgery, and we use that technology to fashion a very small craniotomy to be very precise with where we enter the brain," Dr. Zwienenberg said.

A little more than a year later, Gianna is bright and bubbly and beautiful. Kevin Arredondo is thankful for everyone who helped save his daughter.

"UC Davis, Dr. Zwinenberg and all of the other surgeons there, they're just amazing," he remarked.

The Children's Miracle Network of Hospitals, including UC Davis Children's Hospital, needs your support to continue providing life saving research and cutting edge technology. Their mission is to provide the best care for kids.

Children's hospitals rely on donations and community support because Medicaid and insurance programs do not fully cover the cost of care.