The San Francisco Giants, Oakland Athletics and the Sacramento Republic FC released statements they are excited about playing in front of a live audience. 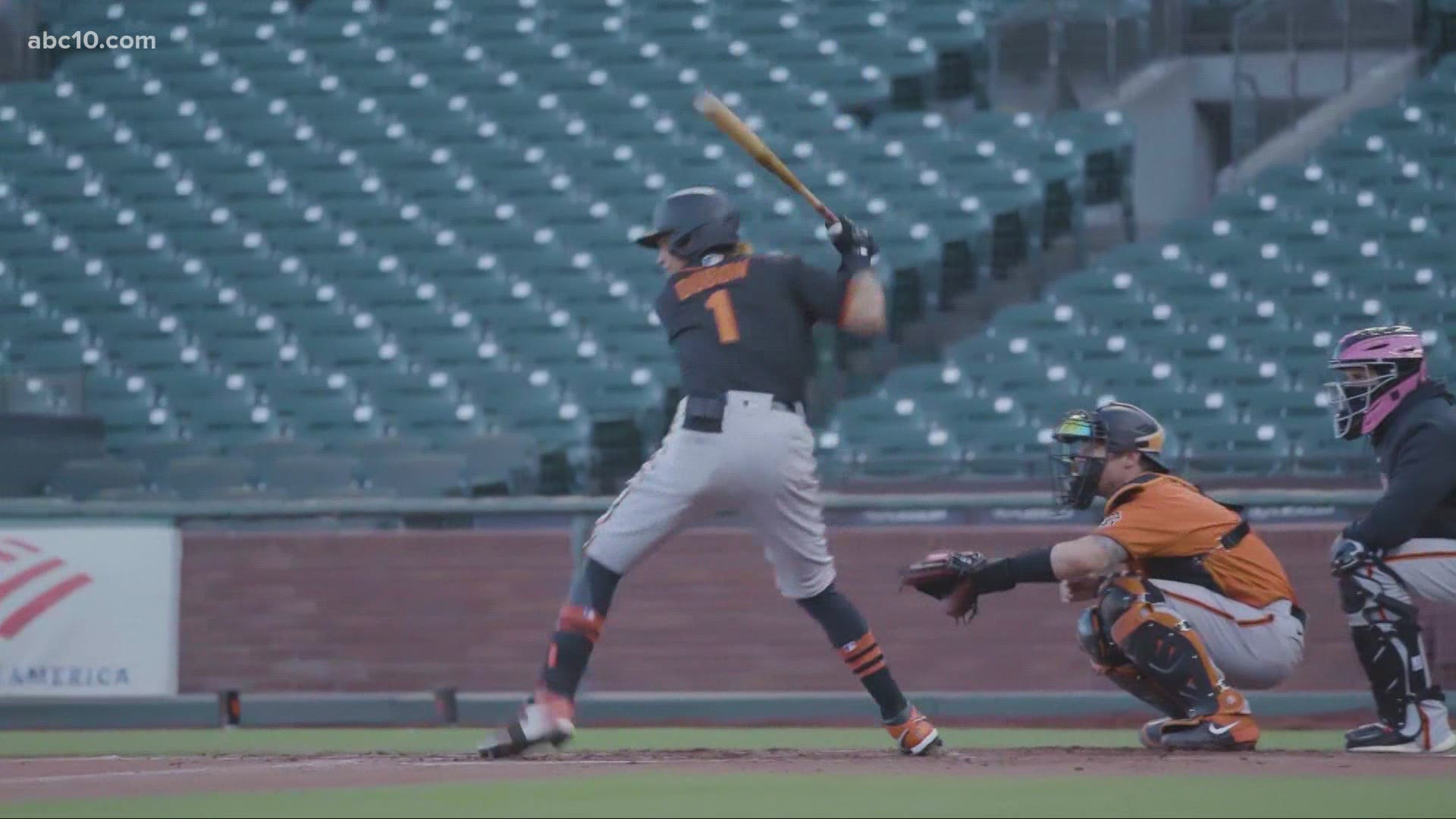 The San Francisco Giants, Oakland Athletics and the Sacramento Republic FC released statements about how excited they are to play in front of a live audience for the first time since the start of the pandemic.

The San Francisco Giants released a statement that they are hopeful they could welcome fans back to Oracle Park due to the drop in COVID-19 cases in the surrounding area.

"In the coming days, the Giants will submit our operational plans for review and approval by the local health officials, and we eagerly look forward to safely welcoming fans back to Oracle Park," the statement reads.

Dave Kaval, the A's president, said in a statement that the team is excited to welcome back fans.

"We thank Governor Newsom for his leadership and guidance during this process, and Alameda County for Partnering with us to develop a comprehensive plan that complies with local health directives and provides a safe experience for our fans, employees, players, and vendors."

The Sacramento River Cats will not be able to begin their quest to defend their 2019 Triple-A championship until May, but that won’t stop fans from getting an early peek at the team in the month of April.

Sutter Health Park in West Sacramento will host San Francisco’s taxi squad for workouts and scrimmages, as it did during the 2020 season.

A taxi squad is a development system consisting of about 30 players who continue to workout and stay ready to be able to compete at the Major League level should injuries, transactions or other situations arise.

The River Cats will open their season on the road beginning May 6. Their home opener is scheduled to take place on May 20 against Reno.

"The support of our fans and community have even more meaning this year, as we work to solidify a new investor for Major League Soccer Plans," the statement reads. "We are ready for the return of the drums, chants, songs, and cheers from Republic FC fans."

Billionaire Ron Burkle announced in February that he pulled out as the lead investor because he no longer wishes to acquire an MLS team in Sacramento due to the pandemic.

Attendance limits are based on what tier the county is in. Teams could sell tickets in the purple tier, but they will not allow concessions inside until the county goes into a less restrictive tier.

San Francisco County and Yolo County are currently in the red tier, Alameda County and Sacramento County are in the purple tier, according to California's COVID-19 dashboard.

The A’s will open the 2021 season at the Coliseum in Oakland on April 1 against the Houston Astros. The Giants will play their home opener at San Francisco’s Oracle Park on April 9 against the Rockies.