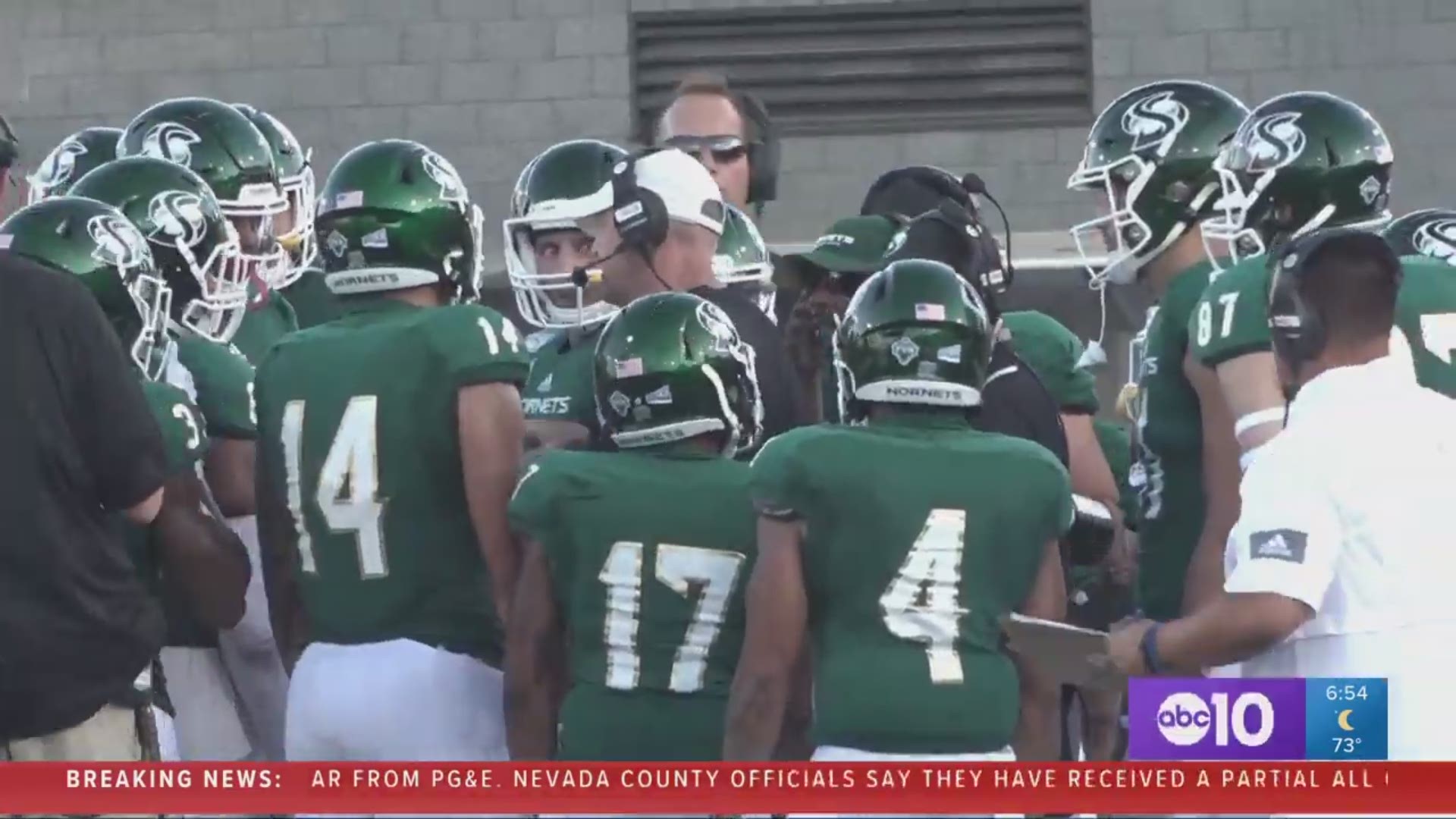 Thomson finished with 260 yards passing and 74 yards rushing. He ran for the Hornets' first two scores, then passed for the next three to three different receivers.

The Hornets (4-2, 2-0 Big Sky) scored twice in the third quarter to take control of the game. Montana State drove to the Hornets' 1 with just under 10 minutes to play but was stopped.

The Bobcats (2-1, 5-2) were unable to get stops on third down all game as Thomson and the Hornets converted on 9 of 11 until midway through the fourth quarter. MSU also came away empty on three trips inside the Sacramento State 22.

Linebacker Miguel Garcia picked off a Tucker Rovig pass on MSU's opening drive and Jeremy Harris dropped Travis Jonsen for a 5-yard loss on the next MSU possession as the Hornets' defense set the tone early.

Rovig finished with 262 yards passing for MSU, while Logan Jones led the way rushing with 60 yards on six carries. Travis Jonsen had 109 yards receiving and ran for 55 while Kevin Kassis gained 119 yards on six catches.

Elijah Dotson had 76 yards on six catches for the Hornets.

Sacramento State: The Hornets host league-leading Montana in a battle of two 2-0 teams. The Grizzlies had a bye this week.

Montana State: The Bobcats take next week off before traveling to North Dakota, which lost 55-20 to Idaho State, Oct. 26.