Sacramento State is ranked fourth in the FCS Coaches Poll, sharing the title with Weber State. 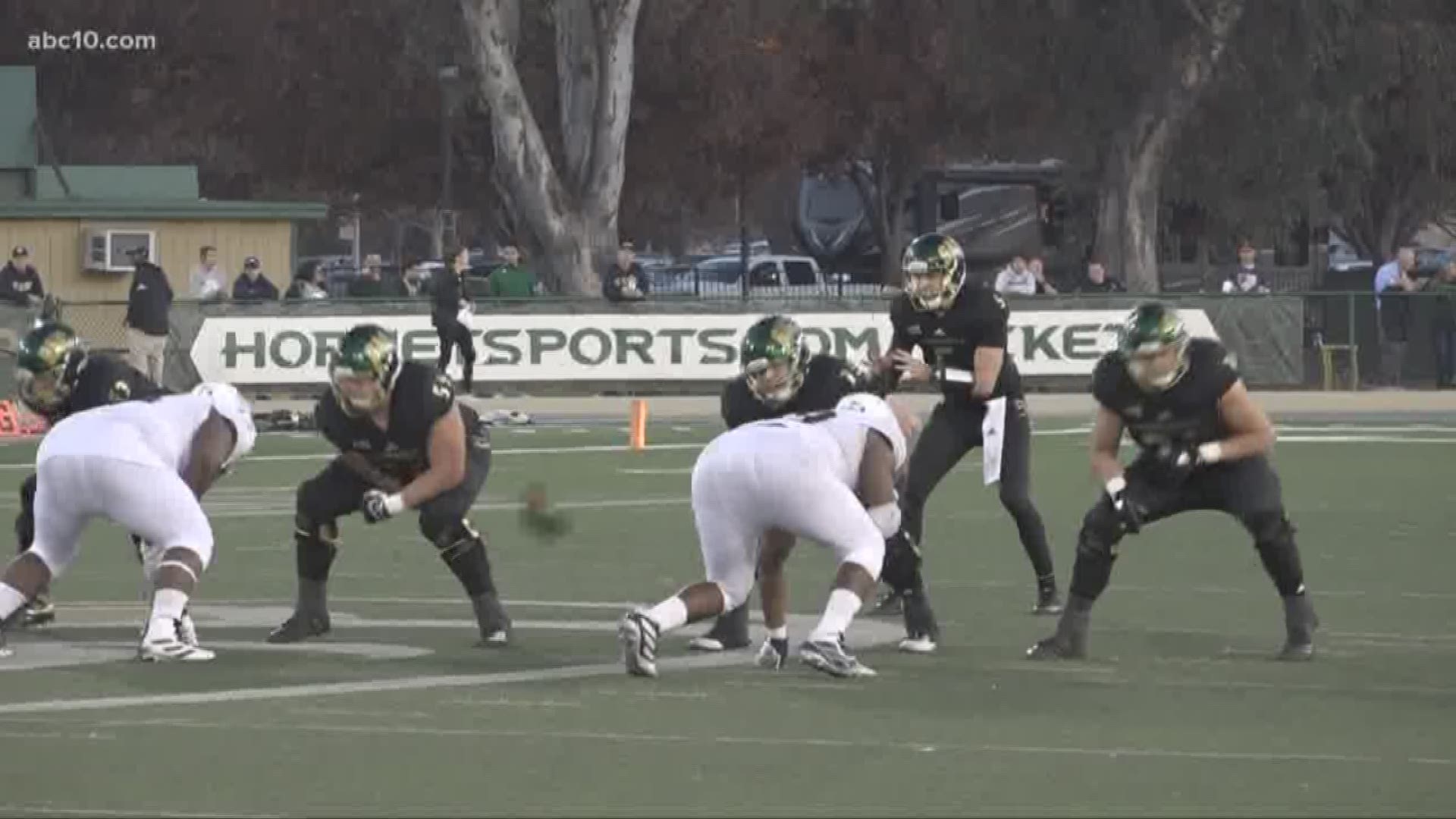 SACRAMENTO, Calif. — Kevin Thomson passed for 300 yards and ran for 116 yards to help Sacramento State clinch a share of the Big Sky Conference title with a 27-17 win over UC Davis on Saturday.

The Hornets (9-3, 7-1), ranked fourth in the FCS Coaches Poll, scored the last 24 points of the game after falling behind 17-3 in the second quarter. Sacramento State shares the title with Weber State, which beat the Hornets 36-17 on Nov. 2. With the head-to-head tiebreaker, Weber State automatically qualified for the FCS playoffs while Sacramento State is in line for an at-large berth.

Jake Maier passed for 233 yards, one touchdown and one interception for the Aggies (5-7, 3-5). Khris Vaughn caught six passes for 135 yards, including a 76-yard TD catch on UC Davis’ second possession of the game. Da'Von Frazier intercepted Thomson’s pass and returned it for a touchdown to make it 17-3 with 6:47 left in the second.