Drew Robinson, a survivor of a failed suicide attempt, played this season with the Sacramento River Cats. 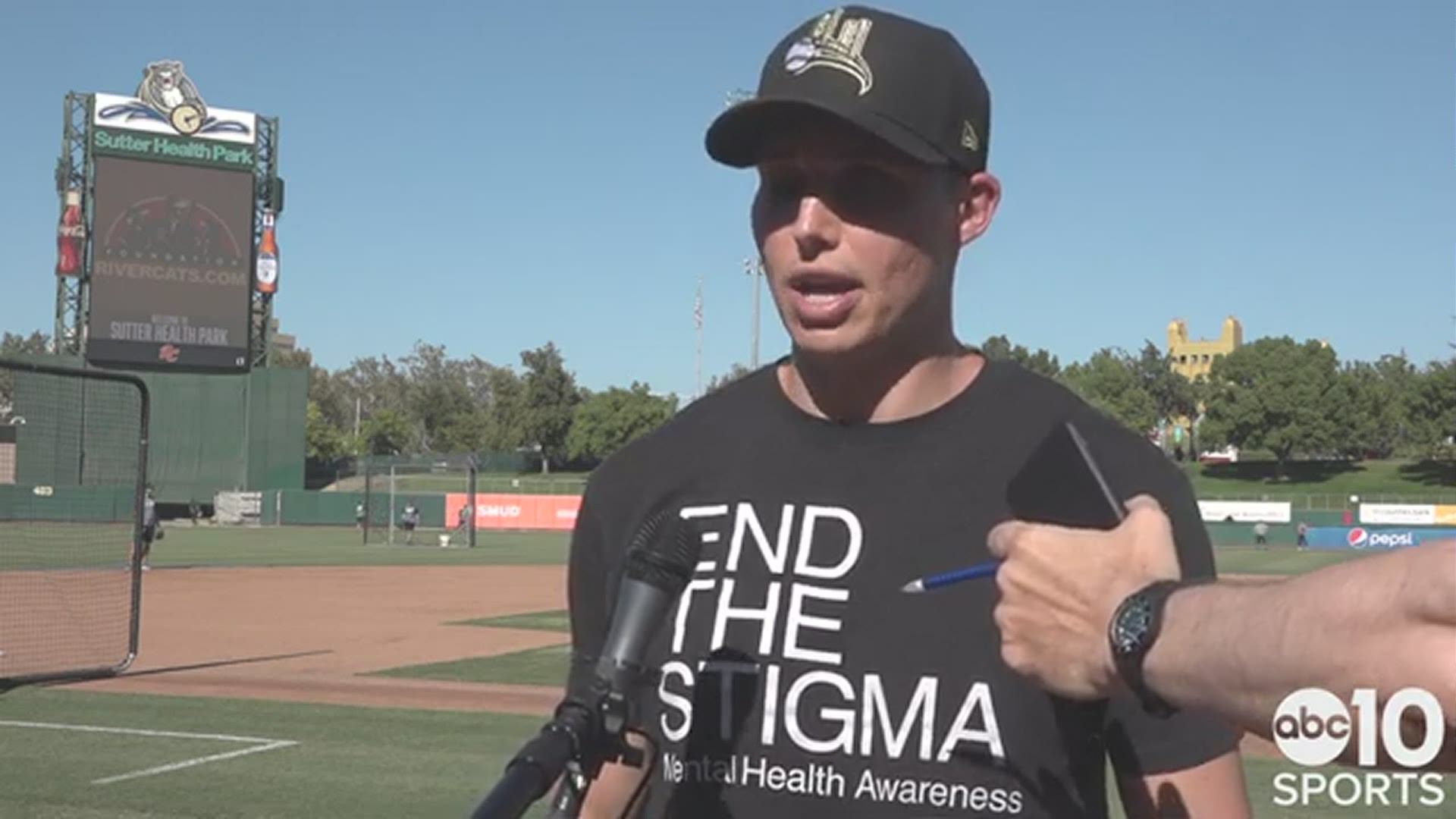 SACRAMENTO, Calif. — Drew Robinson, who played all season with the River Cats in Sacramento, decided to walk away from the game.

Robinson announced on his social media channels that he will hang up the cleats after the homestand, which ends on Tuesday, July 20. He will now join the Giants front office, where he will work as a mental health advocate.

Robinson made headlines earlier this year when he decided to make a return to baseball, just a year after surviving a suicide attempt.

In April 2020, Robinson shot himself in the head and miraculously survived. Damage from the gunshot forced doctors to remove his right eye.

The 29-year-old spent the last two and a half months with the Sacramento River Cats. On July 16, he made the decision to retire from baseball.

"I just want to put myself first. Unfortunately I'm not as equipped to handle the baseball lifestyle as I thought," Robinson said. "The fact that the Giants are still so willing to believe in me and help me out as a human being first is just so special."

Robinson will now help players with their own mental health and emotions, using the insight he learned from his own lessons as a ball player.

San Francisco Giants pitcher Sammy Long talks with ABC10's Sean Cunningham about the incredible record at the mid-way point of the season, why it's no surprise that his club has the best record in all of baseball, his storybook baseball journey from Sacramento to the show and how he overcame adversity to enjoy the success he's having this season.