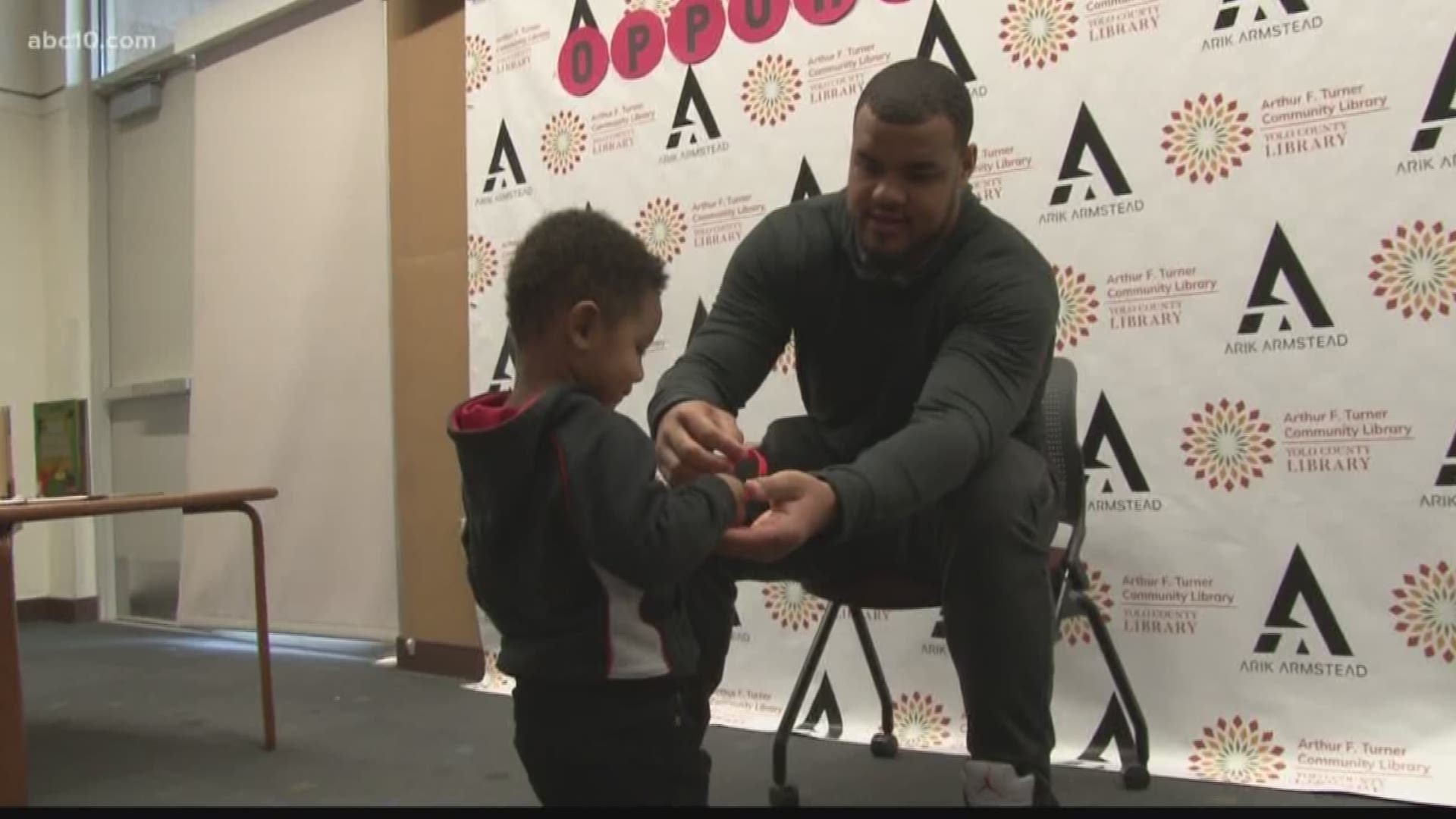 The Sacramento native spent his morning reading a couple of classic children's books to kids at the Arthur F. Turner Community Library. For an hour the six-foot-eight, 280-pound NFL player was surrounded by little ones as he read "Corduroy" and "Brown Bear, Brown Bear, What Do You See?"

"It was an awesome experience for me, personally," said Armstead after story time. "I probably had more fun than they did."

The story time event is part of Armstead's ongoing mission to support and impact change for education equality. Earlier this week, ABC10 followed the 49ers lineman as he got his creative writing juices flowing with local kids and 916 Ink.

Armstead used story time as an opportunity to not only encourage parents to read with their children, but to promote his upcoming charity weekend in his hometown of Sacramento.

The weekend of June 1-2, Armstead will be hosting a local talent showcase at the Crest Theater, a community health fair, a football camp and charity gala at the Elks Tower to raise money for equal opportunity education.

"I just feel like a kid living in a certain area shouldn't have a better education or a worse education than another kid," Armstead said. "I'm compassionate for them and I want that to change. That's why I decided to get into it. I feel that if you can educate a kid, he's going to go be successful in life and he's going to go raise educated people and he can go back and help his family as well."

If you would like to learn more about Armstead's 91Six Charity Weekend visit http://www.arikarmstead91.com.