From the pitch to the prison yard with Sacramento Republic FC

Sacramento Republic FC is doing something different to connect with the community. They're going behind bars and stepping inside one of the nation's most notorious prisons with an open mind and with one goal. 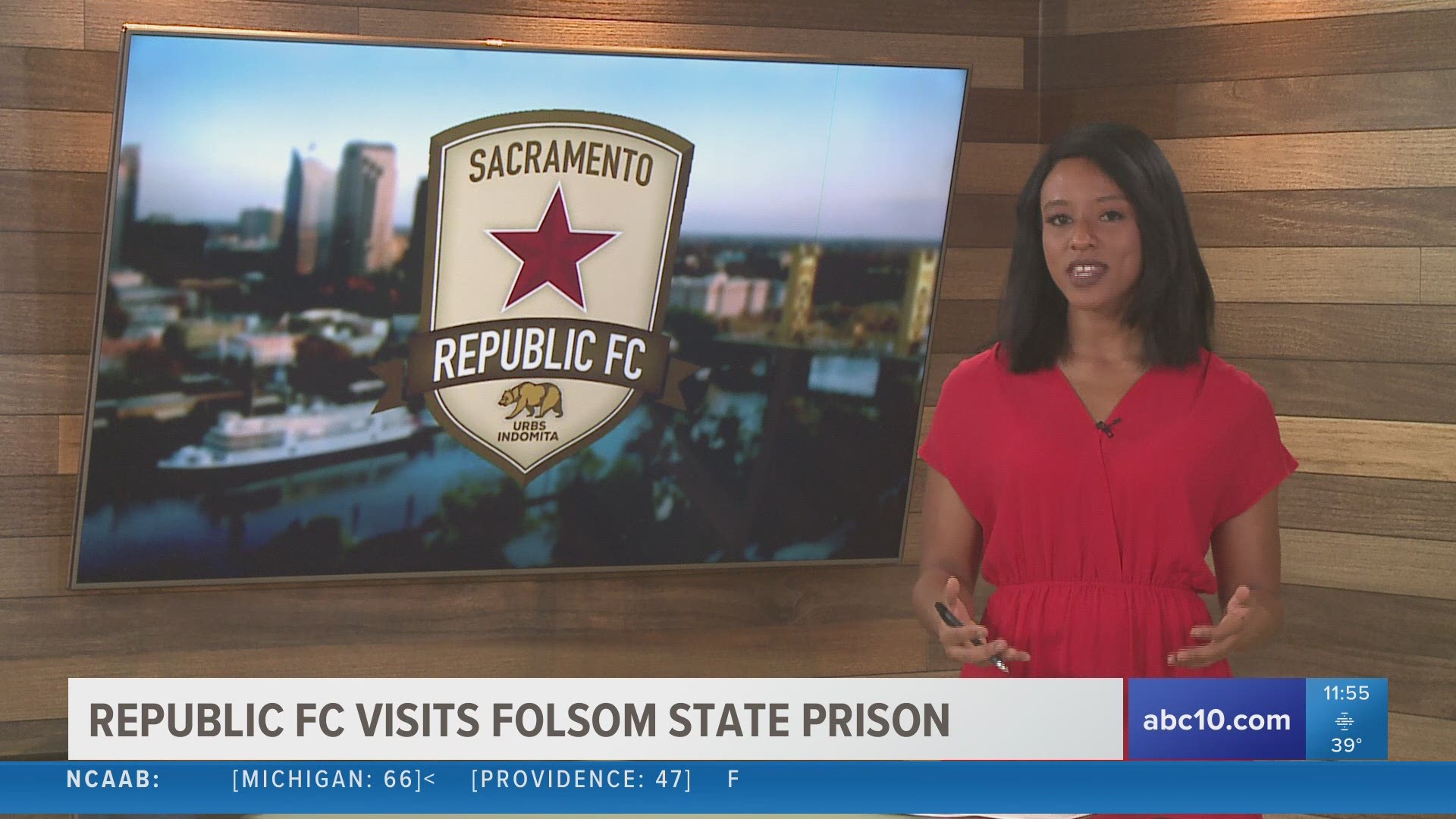 SACRAMENTO — Sacramento Republic FC is doing something different to connect with the community.

They're going behind bars and stepping inside one of the nation's most notorious prisons with an open mind and with one goal.

"I feel like sports has the ability to bring a lot of people together, to bridge gaps,” Folsom State Prison P.E. teacher Stefon Shiloh said. “I really believe in bridging the gap between the institution and the community. Rehabilitation can come in a lot of different forms, shapes, and fashions. And this right here is rehabilitation."

Once a month you can find Sacramento’s pro soccer team on the yard at Folsom State Prison playing pick-up soccer games with prisoners. Republic FC has been making the visits for the last several months to create a rehabilitating experience for inmates; many of whom have been locked up and disconnected from the outside world for upwards of a decade.

"I've been here, at Folsom Prison, for about eight years and I've been currently incarcerated for 17 years," an inmate identified as Liu said.

It's not every day you can shoot a stand up on a prison yard... What a remarkable experience. Big thank you to @SacRepublicFC for allowing us to follow the team into Folsom State Prison to share this story.
WATCH: From the Pitch to the Prison Yard @ABC10 https://t.co/9lpC3JHBqk pic.twitter.com/modIDnoHQ8

For about an hour, once a month, the USL club helps inmates, like Liu, feel free again. Even though this game is still being played inside the Folsom State Prison walls, it gives these inmates the opportunity to step outside their current situation.

"To play with these guys in here, for me, it takes away from every day life that I have to go through in here,” Liu said. “These are good guys that come in and they treat us just like humans, and that's all we ask.”

Coming off a record-breaking season for the Republic, Sacramento native and Jesuit High School alumnus Cameron Iwasa recently made his first visit to the prison with his teammates and members of Republic FC’s front office. Iwasa is the son of law enforcement, but that didn't change his perception of the players he saw on the dirt field surrounded by armed guards and barbed wire.

"I’ve always been told it's a scary place and this and that, so it's definitely a little different,” Iwasa said. "Obviously, growing up the son of a police officer, you get a little bit different viewpoint on a lot of things. But I think on the surface, most of these guys are pretty good dudes that had an unfortunate incident or two. That's what it comes down to. Everyone I've talked to has been awesome."

As the sun sets on California's second-oldest prison, dozens of men in denim look on as the beautiful game is played. These prisoners are getting just a glimpse into what it's like being on the outside. Some of the men in this pick-up soccer game will be locked up for life. The simple pleasures of a dirt pitch, an inflated ball, a handshake and a hug mean the world to these prisoners. And Sacramento Republic FC is happy to bring it home for the inmates at Folsom State Prison.

"I think they've paid their dues for the most part,” Iwasa said. “The fact that they're in here is a tough situation, so any time they can get a change to have a little fun and a little freedom, I guess, that's great for them."