The Modesto-born golfer broke his driver, which he has nicknamed “the Kraken,” in the opening round of the PGA Championship at Harding Park on Thursday. 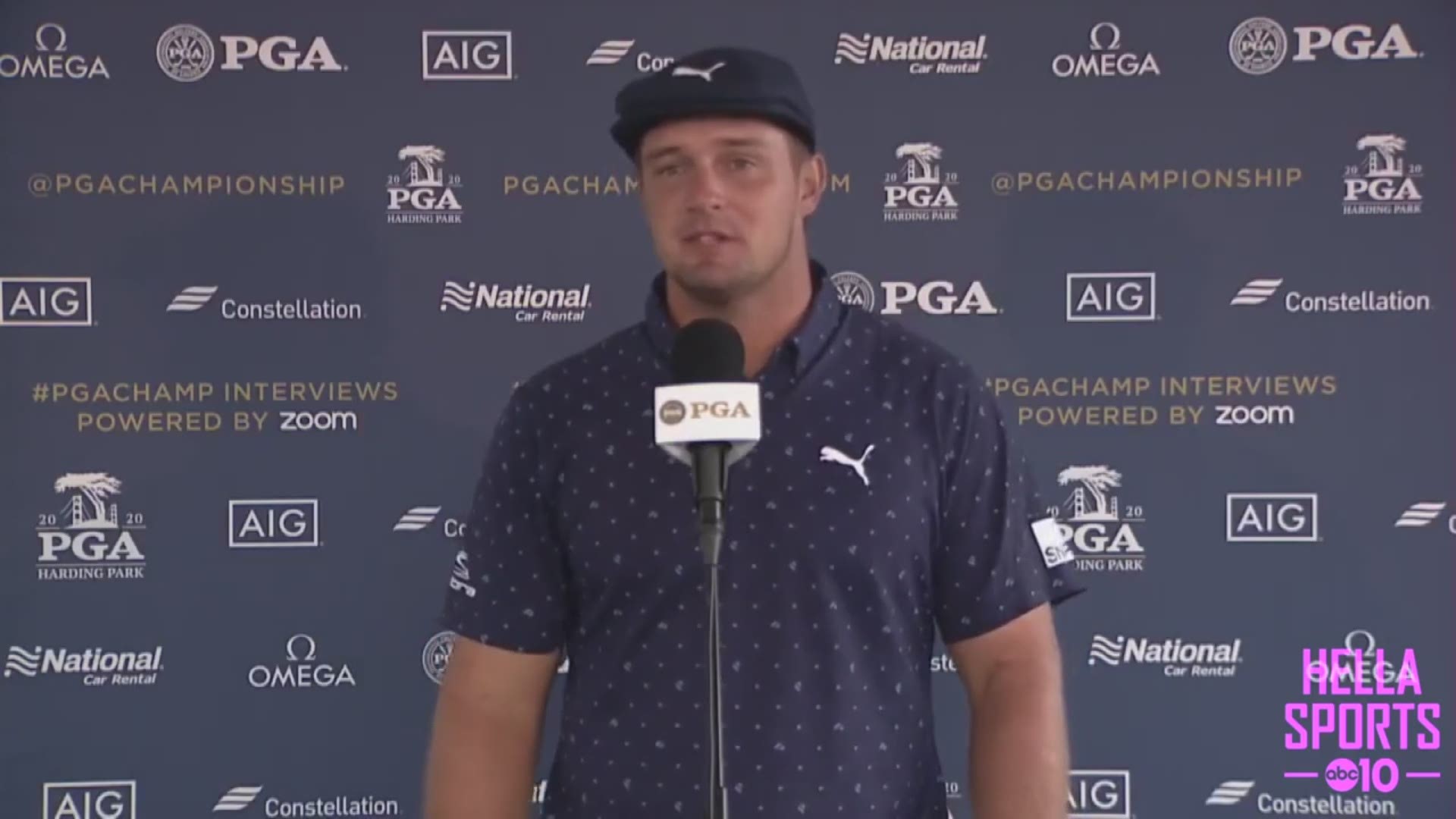 The bulked-up golfer broke his driver, which he has nicknamed “the Kraken,” after teeing off on the seventh hole in the opening round of the PGA Championship on Thursday.

A rules official said he would be allowed to replace the club during the round, and a member of DeChambeau’s support team fetched another shaft for him.

“That was weird,” DeChambeau said as he walked toward the green, still holding the pieces. “I guess it’s all those swings I put in.”

DeChambeau, a Modesto native, who grew up in Clovis, gained as much as 40 pounds during the coronavirus shutdown, consuming up to 6,000 calories per day with the goal of getting “huge.” He is the longest-driving player on the tour.

But this time he was too strong for his own good.

DeChambeau hit what appeared to be a normal tee shot 296 yards into the rough on the par-4, 340-yard seventh hole at TPC Harding Park. But when he bent over to pick up his tee, the club snapped under him.

“It was bound to break,” DeChambeau said. “I’ve been using it for a long time.”

Jason Day and Brendon Todd share the lead after Thursday's first round, whil DeChambeau is three strokes back after his opening round 68.

Brooks Koepka was only one shot behind as he goes after a third straight PGA Championship title. No one has won the same major three straight times in 64 years.

Tiger Woods had his best opening round at the PGA Championship in 11 years, firing a 68.