Cameron Champ of Sacramento earns an emotional one-stroke victory over Adam Hadwin on Sunday in Napa's Safeway Open, with his grandfather in hospice battling cancer. 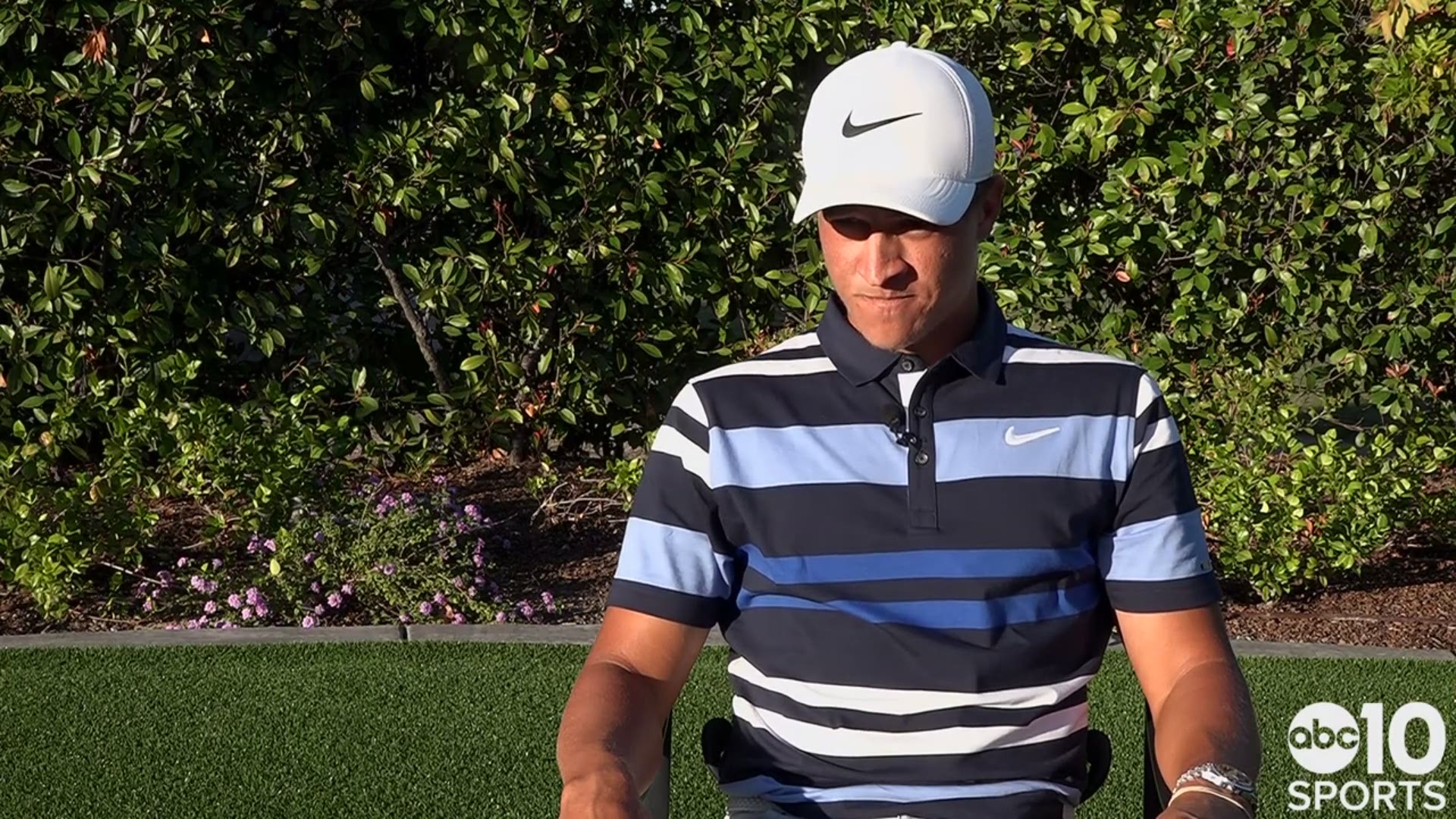 NAPA, Calif. (AP) - Cameron Champ made a 3-foot birdie putt on the 18th hole for a one-stroke victory over Adam Hadwin on Sunday in the Safeway Open, finishing off an emotional week with his grandfather battling cancer.

Three strokes ahead entering the round, Champ had five birdies and overcame a bogey on No. 17 to hold off Hadwin for his second PGA Tour victory. Champ closed with a 3-under 69 to finish at 17-under 271 at Silverado Resort.

Champ raised both arms then shared a long embrace with his caddie before breaking into tears as he hugged his father on the green. Champ's grandfather, Mack, is fighting stomach cancer and is in hospice in Sacramento. Mack introduced Champ to golf at a young age.

Hadwin birdied the final three holes for a 67 to tie Champ at 16 under, then watched from nearby as Champ nearly chipped in for eagle on the par-5 18th before making the short birdie putt.

Champ missed every fairway on the front nine but made several big second shots to stay in front. None was more impressive than after he drove into the far left rough on the par-5 fifth, pitched up and over a tall tree and onto the green 17 feet away and two-putted for birdie.

Credit: AP
Cameron Champ places his ball on the seventh green of the Silverado Resort North Course during the final round of the Safeway Open PGA golf tournament Sunday, Sept. 29, 2019, in Napa, Calif. Writing on his shoes pays tribute to his grandfather who is in hospice battling cancer. (AP Photo/Eric Risberg)

Champ bogeyed No. 8, but rebounded with a birdie on No. 9. He had a short chip-in for par on No. 11 after chunking his approach shot.

Champ's only other tour victory came last October in Mississippi at the Sanderson Farms Championship. He hadn't finished higher than sixth since, missing the cut 12 times.