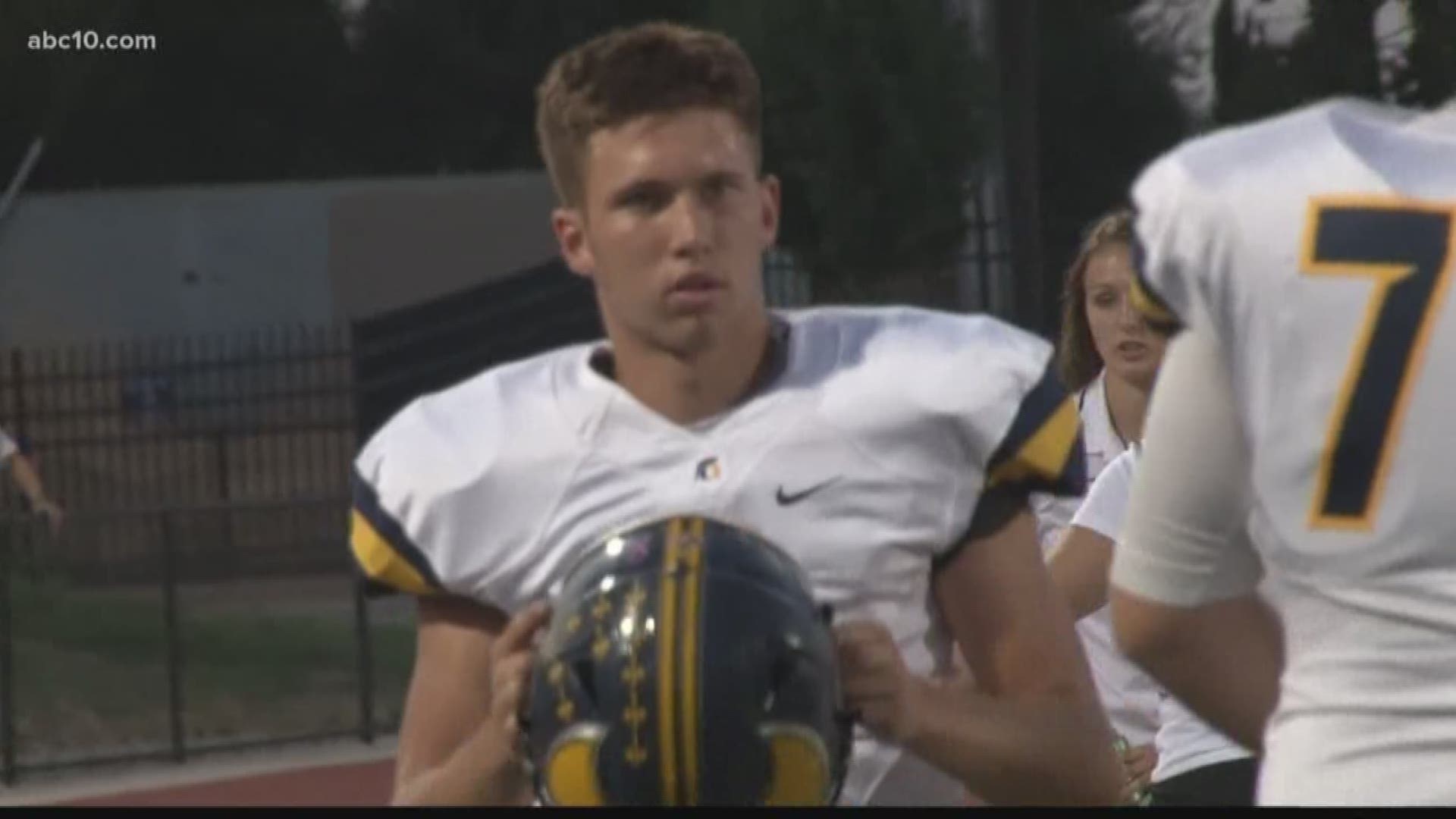 Baldacchino is one of the most dynamic quarterbacks in the area and while he's not letting his skill get to his head, the head coach at the rival high school is among those who recognize his talent.

"He's a great athlete," Folsom head coach and three-time state champion Kris Richardson said. "He's a guy that makes his living off the quarterback run game but he's probably at his most dangerous when he's scrambling around making plays."

Baldacchino is an exciting playmaker to watch, but his humility keeps him in check.

"I don't really like to talk about myself," Baldacchino said.

His teammates, however, are happy to sing his praises.

"He is so friendly and supportive and he really gets us all going too," Oak Ridge senior lineman Bailey Smith said. "He never says anything negative."

"Obviously we only talk about winning," Baldacchino said. "We don't even consider losing, you know?"

Baldacchino threw for 15 touchdown passes and ran for12 rushing touchdowns to help the Trojans this season, but for the leader of the offense, it's not about the stats.

"It's all about the team," Baldacchino said. "Honestly, what I've learned being a quarterback in this system and working with the God-given abilities that I have is if I execute my role and lead the offense to where they're supposed to be led they'll take care of it for me."

The quarterback's high school career came to an end in the semifinals of the Division I Sac-Joaquin Section playoffs, where the Trojans finished with an 11-2 record. Their only losses coming against Folsom and St. Mary's, who appeared in the section championship game.

According to his Twitter page, Baldacchino has received college football offers from Seton Hill and Southern Oregon Universities, both Division II/III schools. The six-foot, 170-pound playmaker might be humble, but he's confident in his strengths.

"Honestly, if I had to say one thing about myself it's the way that my mind thinks in a football state of mind," Baldacchino said. "With the size I am ab d the way I play I have to be smart. I have God-given talent with the way I move my feet, my brain, so I try to use that to my advantage."

If you know someone worthy of being an Athletics Unlimited Sports Standout and would like to see them featured on air and across our digital platforms, let us know on our Facebook page.