The Folsom Bulldogs look to end De la Salle's 301 game winning streak over Northern California opposition, when they host the Spartans in the ABC10 Game of the Week. 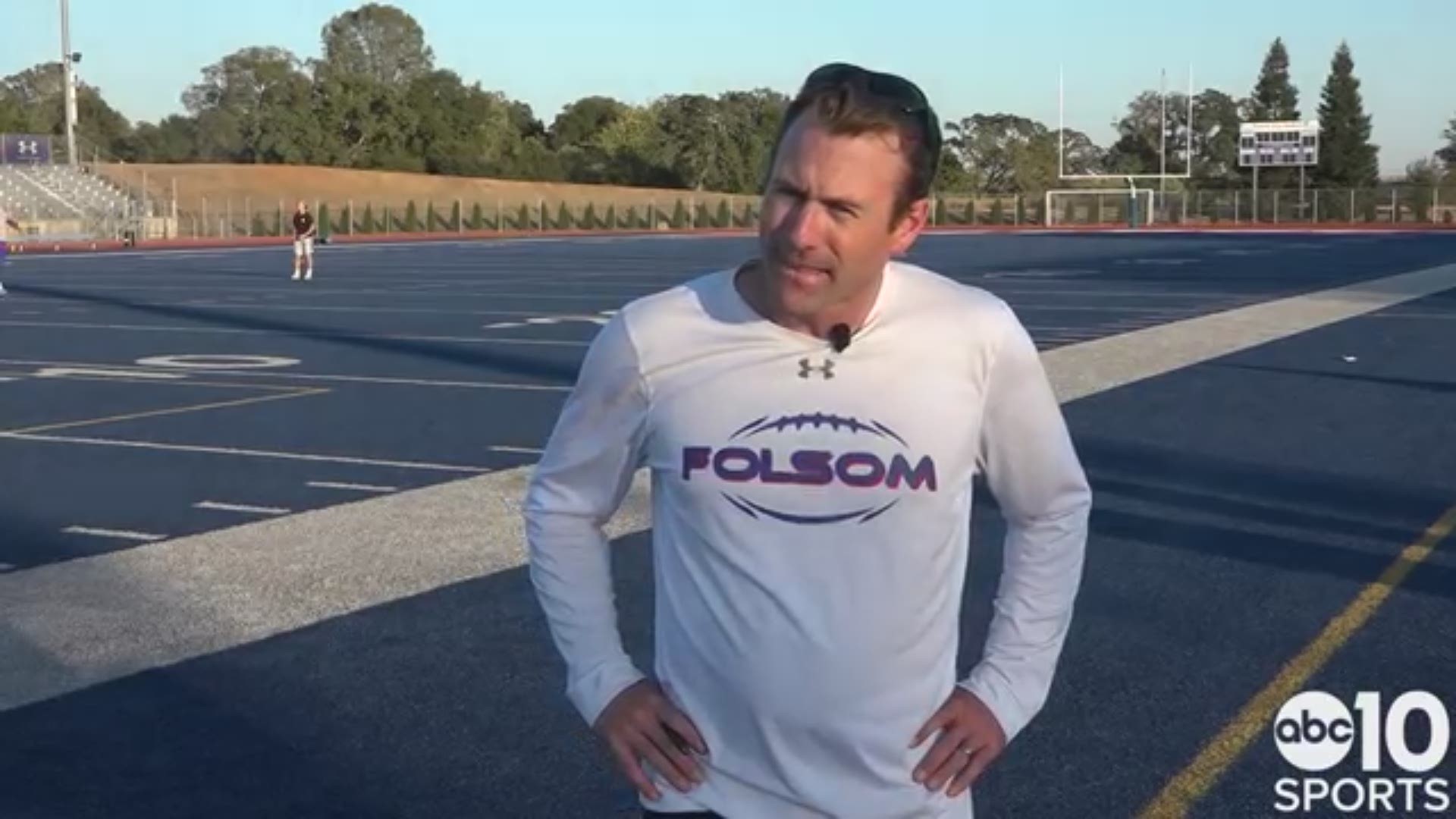 FOLSOM, Calif. — One of the nation’s elite high school football programs will look to continue its dominance over Northern California opponents, when the De la Salle Spartans stroll onto the blue turf at Folsom High School, for Friday’s ABC10 Game of the Week matchup with the Bulldogs.

With a victory, Folsom would snap the Spartans (2-1) 301 game winning streak over opposition north of Fresno, a streak that dates back to Dec. 7, 1991, when De la Salle lost to cross-town Pittsburgh in the North Coast Section Finals.

A 28-year run of dominance could be due for an upset for De la Salle, who tasted defeat on their home field in Concord, falling to St. Thomas Aquinas of Ft. Lauderdale, FL. 24-14 to open the season-opening game. It was the second straight loss the Spartans suffered after falling to Mater Dei of Santa Ana in last year’s Open Division State Championship game.

Folsom meanwhile, continues to cruise after their Div. I state title victory last season in overtime over San Diego’s Cathedral Catholic. That title clinching game would mark the last one for longtime Folsom head coach Kris Richardson, who headed to Sacramento State, to reunite with his former coaching partner with the Bulldogs Troy Taylor.

New Bulldogs head coach Paul Doherty has stepped in, taking over a successful program from Richardson, and already has Folsom off to a dominating 2-0 start, with lopsided wins over Jesuit and Antelope.

De la Salle is another beast, however.

Folsom is ready for the test; encouraged by last year’s loss in Concord, when the Spartans defeated the Bulldogs 14-0 to open the season. Since that season opening loss against De la Salle last season, Folsom has rattled off 14 consecutive wins.

Jake Reithmeier has taken over the quarterbacking duties from Kaiden Bennett, who now attends the University of Nevada-Reno, where he’ll continue his football journey. And Reithmeier has filled in admirably, already posting big numbers for the Bulldogs, including six touchdown passes in last Friday’s win over Antelope.

WATCH: Folsom's dominating win over the Jesuit Marauders to open the season 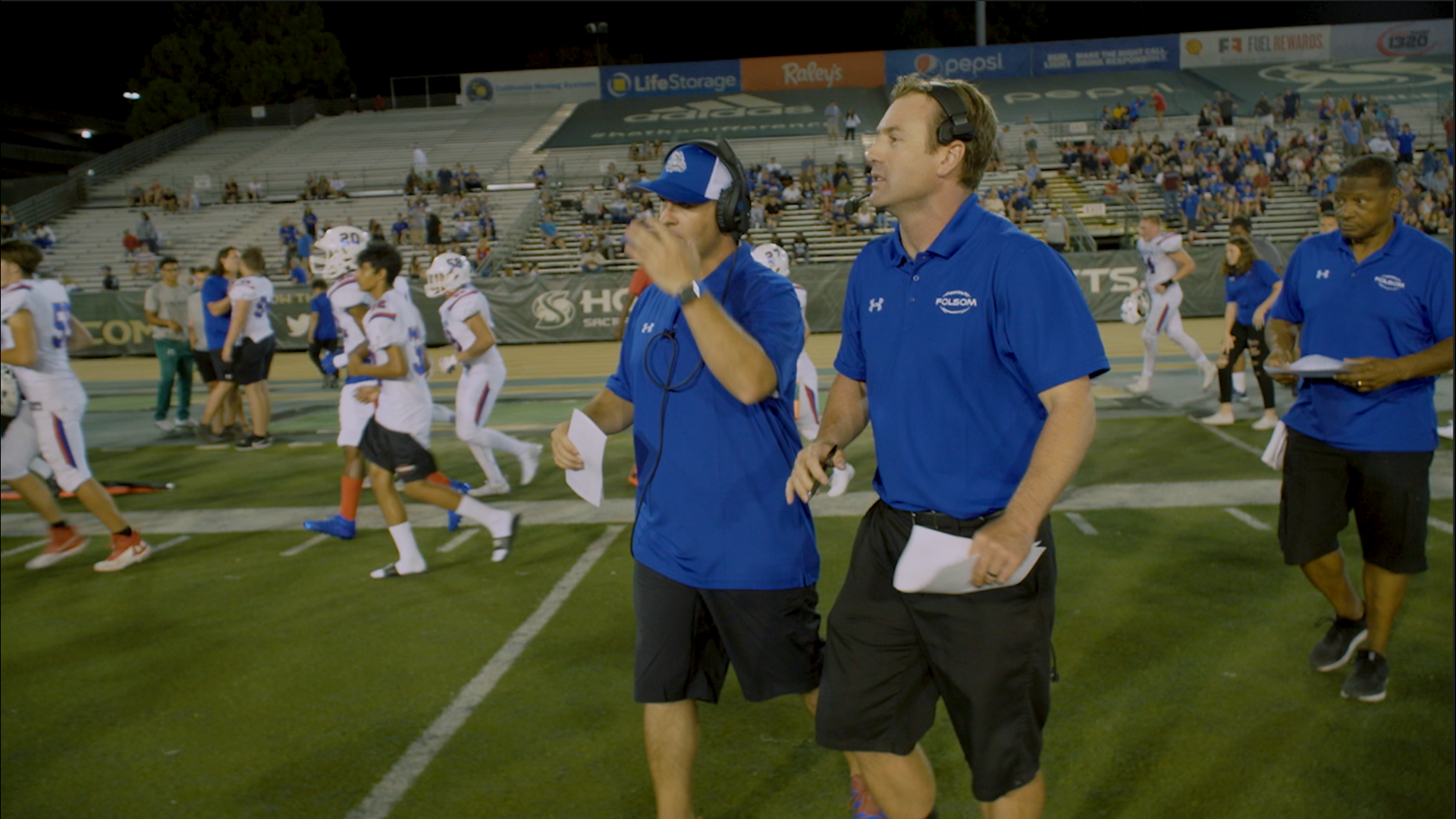 Joseph Ngata may have taken his talents to Clemson, but his younger brother Daniyel Ngata remains at Folsom, and finds himself one of the nation’s top recruits. He’s a four-star running back with his college choices narrowed down to Texas A&M, Clemson, Utah, Oklahoma State and Arizona State.

Friday’s ABC10 Game of the Week between De la Salle and the Bulldogs will kick-off at 7:30 p.m. from Folsom High School, where a sell-out crowd is expected.