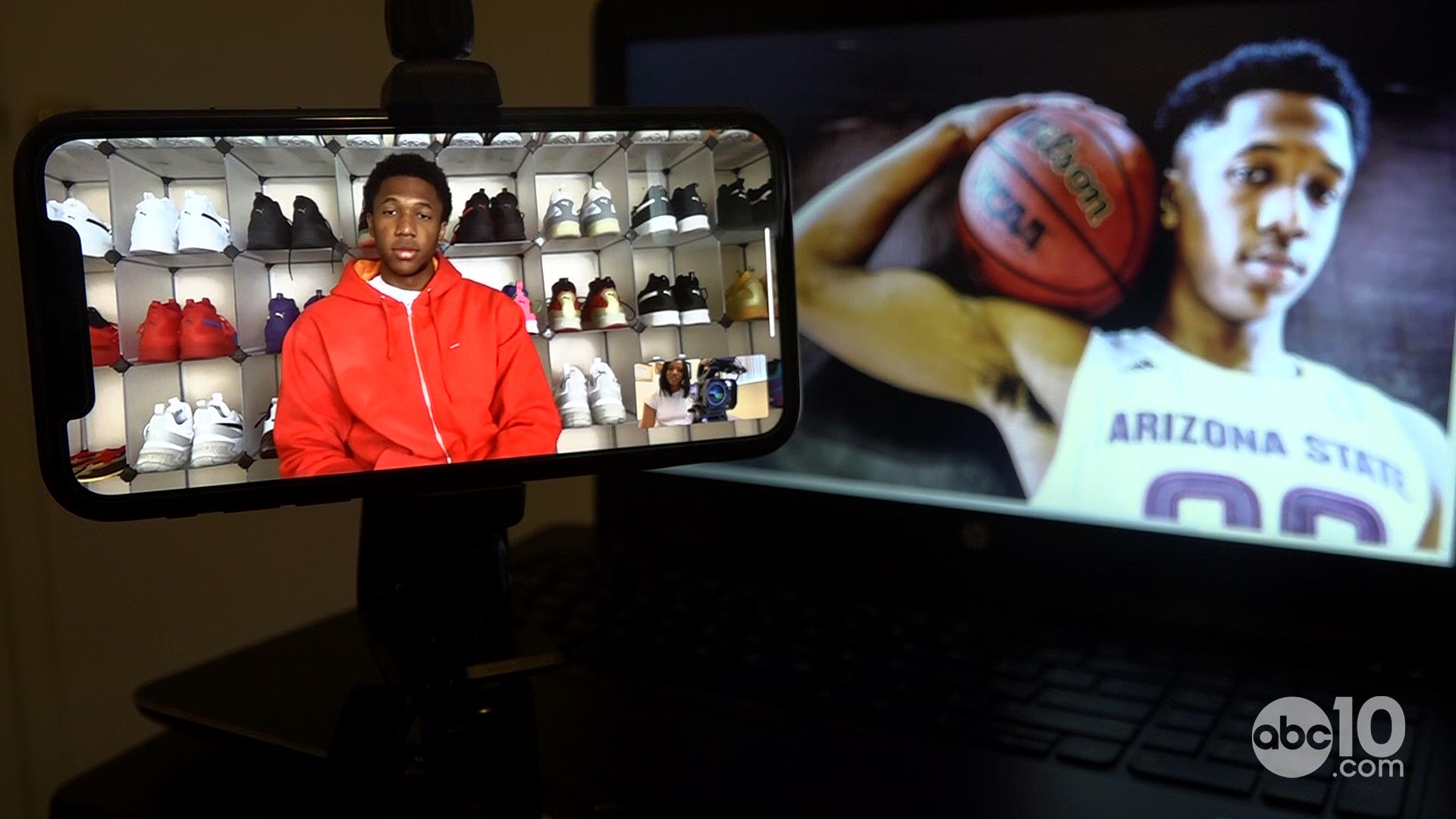 SACRAMENTO, Calif. — Coronavirus forced the high school basketball season to end abruptly, but it hasn't stopped Sheldon High School's senior star from staying locked in during the lock down.

Marcus Bagley and his top-seeded Huskies were coming off a thrilling road win over Dublin High School in the California Interscholastic Federation State Basketball Playoffs when the governing body made the decision to cancel all basketball activities in response to COVID-19 concerns.

"We understood it was best for everybody's safety, and we just gotta move on," Bagley said. "I'm still working on school right now, but I have to take a picture in my cap and gown or something today."

It's been a whirlwind two months for the Sheldon High School senior who is also one of the nation's top recruits in the class of 2020. After his prep basketball career ended so unexpectedly, Bagley is now preparing for a virtual graduation.

"I'm excited for that, too," Bagley said. "It's been a dream of mine to graduate. And after that it's off to Arizona."

When it's safe, Bagley will be heading back home to Tempe, Ariz., to play basketball at Arizona State University under former Sacramento Kings draft pick and current Sun Devils Head Coach Bobby Hurley.

Bagley will be joining another top talent, Joshua Christopher, as part of a recruiting class already getting a lot of preseason buzz.

"I'm excited. I'm ready to get to work with all those guys," Bagley said. "It's been a long time I've been waiting on this moment but i just gotta keep working, keep my head down."

It's been easy for Bagley to stay active and focused under stay at home orders. He's part of an athletic family, of course.

Sacramento Kings fans are familiar with his older brother, Marvin Bagley III, who was the second overall pick in the 2018 NBA Draft. Although the NBA season is postponed basketball never stops in the Bagley household.

Especially when you consider the purple basketball court in the family's backyard and the weight room in the garage.

"I got siblings and my dad that I can go out there and compete with and not everybody has that," Bagley said. "I'm blessed and fortunate that they can help me keep that competitive edge. I'm just really enjoying this time with my family. Working out together and playing outside together... Everybody's keeping everybody grounded."

Bagley said he hasn't deviated from the fitness routine he had before quarantine but the most challenging part is staying consistent and motivated.

While his high school career ended in a way no body could have predicted, Bagley is looking forward to his next chapter at his dream school back home in the desert.