This year's Titan team will be forever known as the first to bring back a section championship but this young squad envisioned the success they're seeing on the court now many years ago. 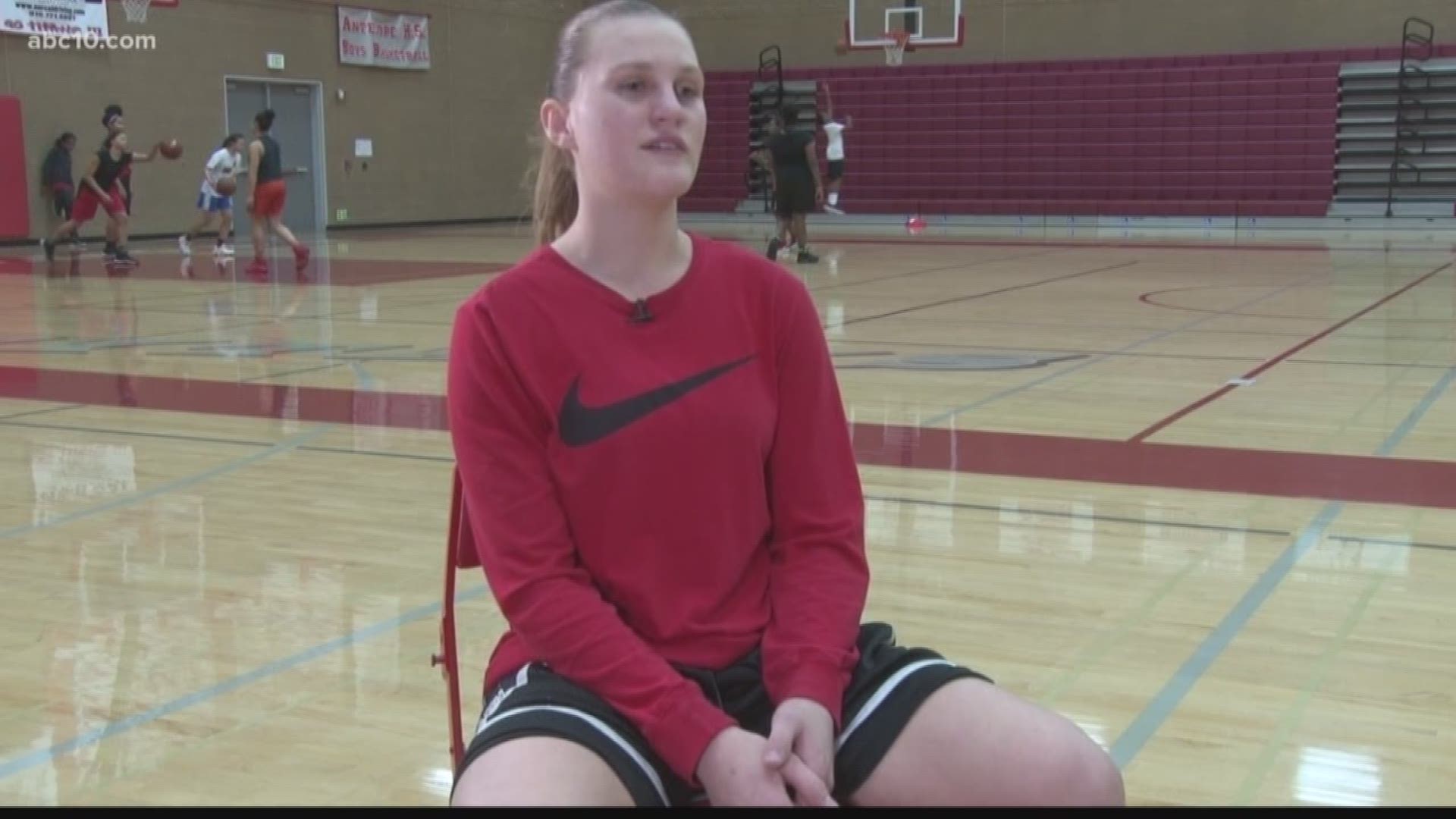 This week dozens of high school basketball teams from our area begin their journey to a CIF State Championship.

The Antelope High School girls basketball team has made a couple appearances in the NorCal playoffs over the program's nine seasons, but never have the Titans come in as Sac-Joaquin Section champions.

This year's Titan team will be forever known as the first to bring back a section championship, but this young squad envisioned the success they're seeing on the court now many years ago.

Highlands High School graduate Sean Chambers has been the only girls' basketball coach Antelope High School has known. Before joining the Titans, Chambers coached the Lady Scots at his alma mater. After enjoying a 14-year career as a professional basketball player in Alaska and the Philippines, Chambers was inducted into the Cal Poly Hall of Fame in 2005.

Antelope High School is only 10 years old, but many of Chambers's current players have grown up in the gym on campus.

"I've been working out with coach Sean since the fourth grade," freshman guard Jzaniya Harriel said. "I would always ask him 'do you guys have a state championship yet? do you have a section?' And he would always say no. So I always thought when I got here I'd try to make a difference and change that. Yeah, we did it, but we're not done yet. We have to go get state."

Harriel is the middle of seven children. Her older brother, Mister, was a standout football player for the Titans, but now he's a star defensive back at Sacramento State where he helped the Hornets to a program-best record of 7-4 last season.

Chambers remembers Harriel expressing her aspirations at an early age.

"She's been in this gym since she was in the fourth grade. Coming to watch her brother play, coming to watch the older girls play basketball here," Chambers said as he pointed up to the big "Lady Titans Records" hanging up over a hoop. "She would come and she would stare up at that wall and look at every record that is on that wall she she would say 'coach, I want all those records.' I would tell her 'Jay,' we call her Jay, 'slow down a little bit.' And she was like "coach, I want to win sections all my years here. I want to win state, I want to be all NorCal and she's got a chance to do all that." 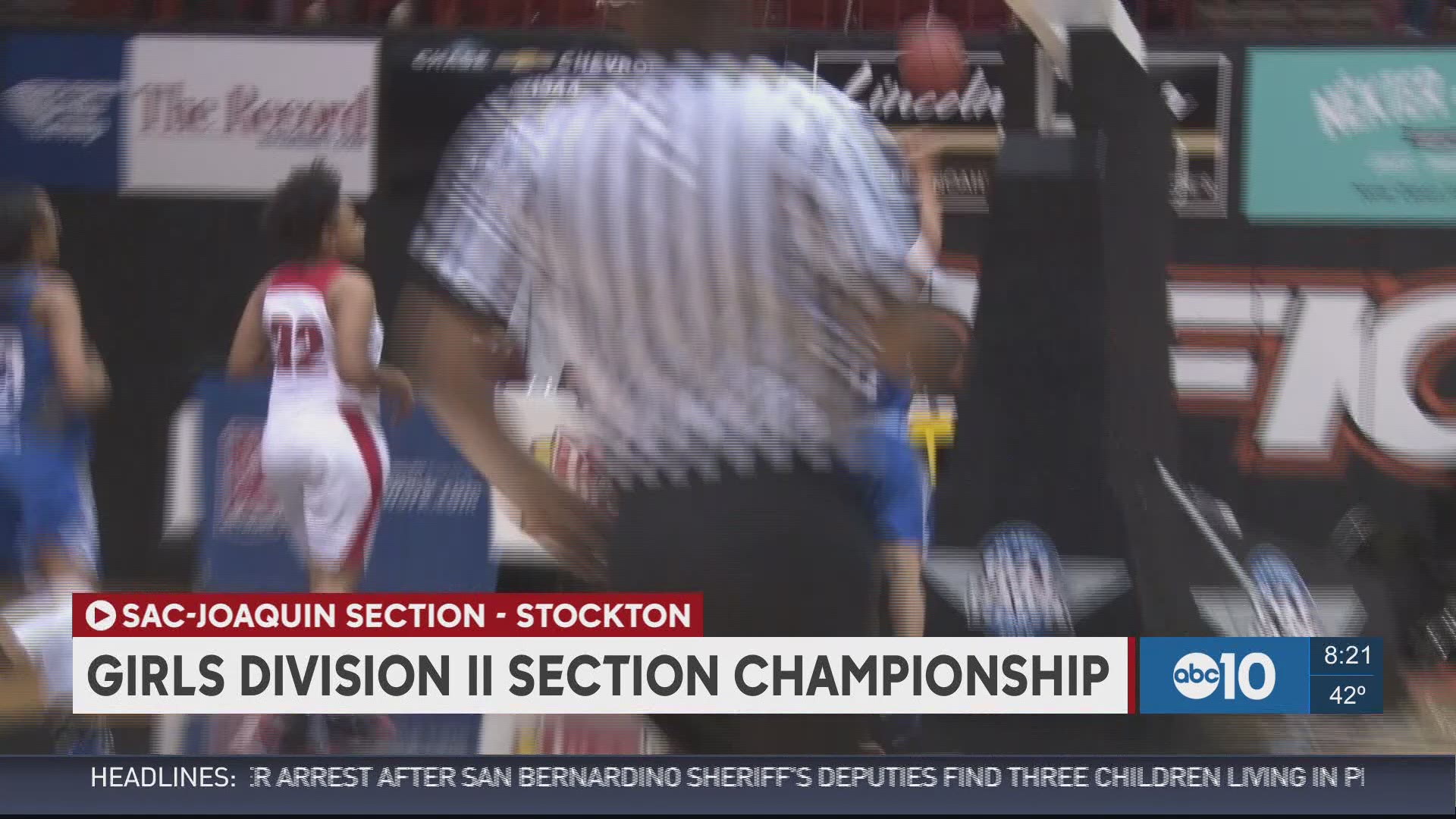 Harriel is one of three freshman on the Titans' section championship squad, but she's surrounded by other players Chambers describes as "old souls." With a young core, the Lady Titans are confident they will be able to make even more history for the program.

"It's definitely great to look forward to because a lot of teams have, like, six or seven seniors. We only have two," sophomore guard Jordan Goodwin said. "Backed up by a really good coach, Sean Chambers. Hes definitely been a big part of who we are as a team. Always pushing us, always wanting the best out of every single player. I don't think we'd be where we are without him. We definitely wouldn't."

Chambers describes Goodwin as his work horse. The vocal leader on the floor, Goodwin helped the Titans maintain their composure en route to a 66-58 overtime win over Bear Creek to claim the Division II section championship at Spanos Center in Stockton. But the goal is to make it to Golden 1 Center, the site of this year's CIF State Championships. Goodwin has never played on that big of a stage, but her motivation to get there is bigger than her.

The furthest the Antelope girls basketball team has gone in the CIF State Playoffs is the second round in 2015. The Titans lost to the eventual D-II champions, Archbishop Mitty. After beating St. Ignatius of San Francisco at home on Wednesday, the fifth-seeded Titans now hit the road to fourth-seeded Miramonte out of Orinda.

"I think the biggest piece of what this group is at, we play for not ourselves but for one another," Chambers said. "But especially for Antelope High School. For everything that it means here because this is a special place. All sports, all programs support one another as if they're part of that team."

If you know someone worthy of being an Athletics Unlimited Sports Standout, e-mail LWashington@abc10.com