The Argonaut High School boys basketball team is preparing to play for a Division V CIF State Championship and begin a tradition of bringing titles to the small town of Jackson. 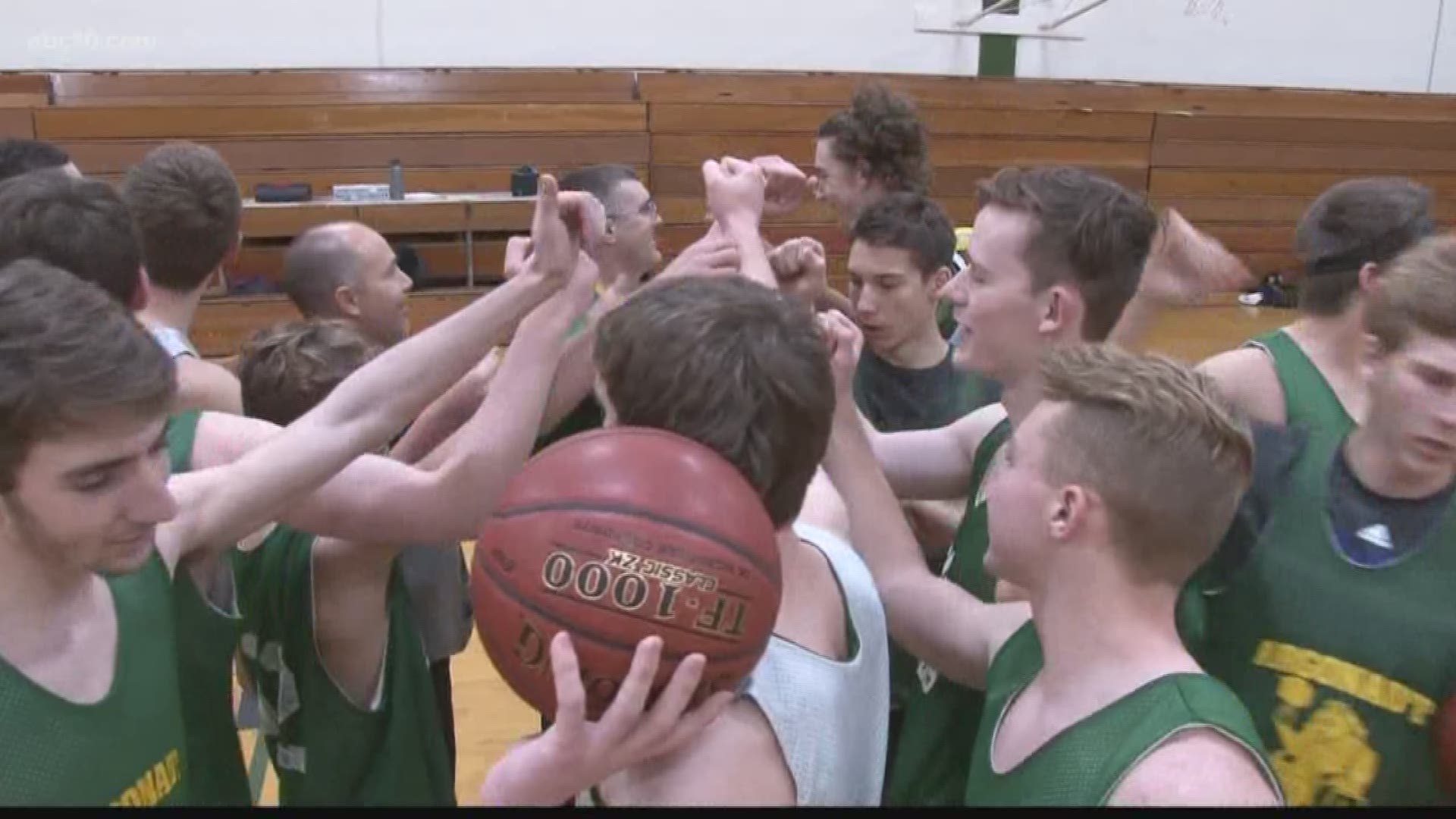 Their coach calls them the "Team of Destiny," and the varsity basketball squad at Argonaut High School is one win away from living up to the name.

"It sounds dorky, but, hey, I believe it and if they believe it, let's do it," second year head coach Jon Gilliam said. "I want to see those boys jumping up and down, I want to see them holding the trophy. I want their last game, my seniors, to be the state championship like we talked about from day one."

Gilliam took over the Argonaut High School varsity basketball program having worked with a number of his current players since eighth grade.

"It's been, like, a four-year journey," junior Carter Swingle said. "It started in my eighth grade, our coach coached us, and worked through summers, we've done travel together. So it's great that we have this team chemistry for four years and it's great that we get to be playing at the highest level of basketball."

"It was always there, we always knew we could do it," junior Westleigh Kling said of winning the NorCal title. "It didn't become a reality until we won that section championship and we all saw that we were the first seed."

"I thought it was a long shot," two-sport athlete Seth Tomczak said. "But coach has been calling it our destiny to get here and it's worked so far."

The players describe Jackson as a football town and coach Gilliam remembers when crowds would be sparse at varsity games. But his vision of creating a culture where kids in Jackson are excited about basketball and the possibility of playing for a championship team is coming into fruition before his very eyes.

"When we started this we had like 100, 200 people in the stands and it'd be so frustrating," Gilliam said. "But by the end of it, the gym is packed. And we're hoping this is a 10 year or 15 year run. That's kind of our focus moving forward. This team started the tradition but we want to build a culture here of hard work, basketball, and it's not easy."

Gilliam and his players say they have overcome adversity, including a close loss in last year's NorCal playoffs, to make it to this point. Tomczak, a baseball player verbally committed to Arizona State, faces the challenge of balancing both sports as he helps his team make history for the school.

"I played a baseball game and a [playoff] basketball game in the same day. Which was, oh my gosh, it's not physically straining, it's mental," Tomczak said. "I was doing everything I could to get psyched for that game, but it was hard. Balancing the two is hard, but I love it."

Although Argonaut High School is out for spring break this week, the players say they've felt a warmer reception around town with all the success they're seeing on the court. Mel and Faye's Diner has become the postgame spot for the Mustangs, their loved ones, fans, and peers to celebrate what's been the program's best season at 29-5 with a state championship game left to be played.

Argonaut will face Santa Clarity Christian at noon Saturday, March 24, at the Golden 1 Center for the Division V CIF State Basketball Championship and the team expects the "Stang Gang" to be out in force.

"It's a small town, everyone knows each other, so it'd be awesome to bring something like a state championship to Jackson," Kling said. "A lot of the old timers here are just rooting us on, they're ecstatic for us. And we're trying to win it for ourselves, but mainly we're just trying to win it for the community."

"Working from day one...all the progress, all the practice, that's what it's for, you know," Tomczak said. "It's already not for nothing we're NorCal champs, I'm already stoked!"

The Mustangs go into the D-V State Championship having won their last nine games, going back to a 58-39 win over rival Amador on Feb. 9, 2018. With four senior captains playing their final game in the green and gold, this team is hoping to fulfill its destiny and cap off the season with the program's first state championship.

"I wouldn't rather do it with anybody else," Swingle said. "These are my brothers and it's just an amazing feeling. It's been a pretty crazy ride. To be playing in the state championships, never done before from our school, and it's been hard but it'll be worth it."

"I've got tough players. I've got players that want it bad," Gilliam said. "And it's going to be their night."