The Bradshaw Christian High School girls basketball team is small but mighty. The team made up of just six players advances to the Division IV CIF NorCal Regional Finals for the first time as the Pride continue a season full of shorthanded wins. 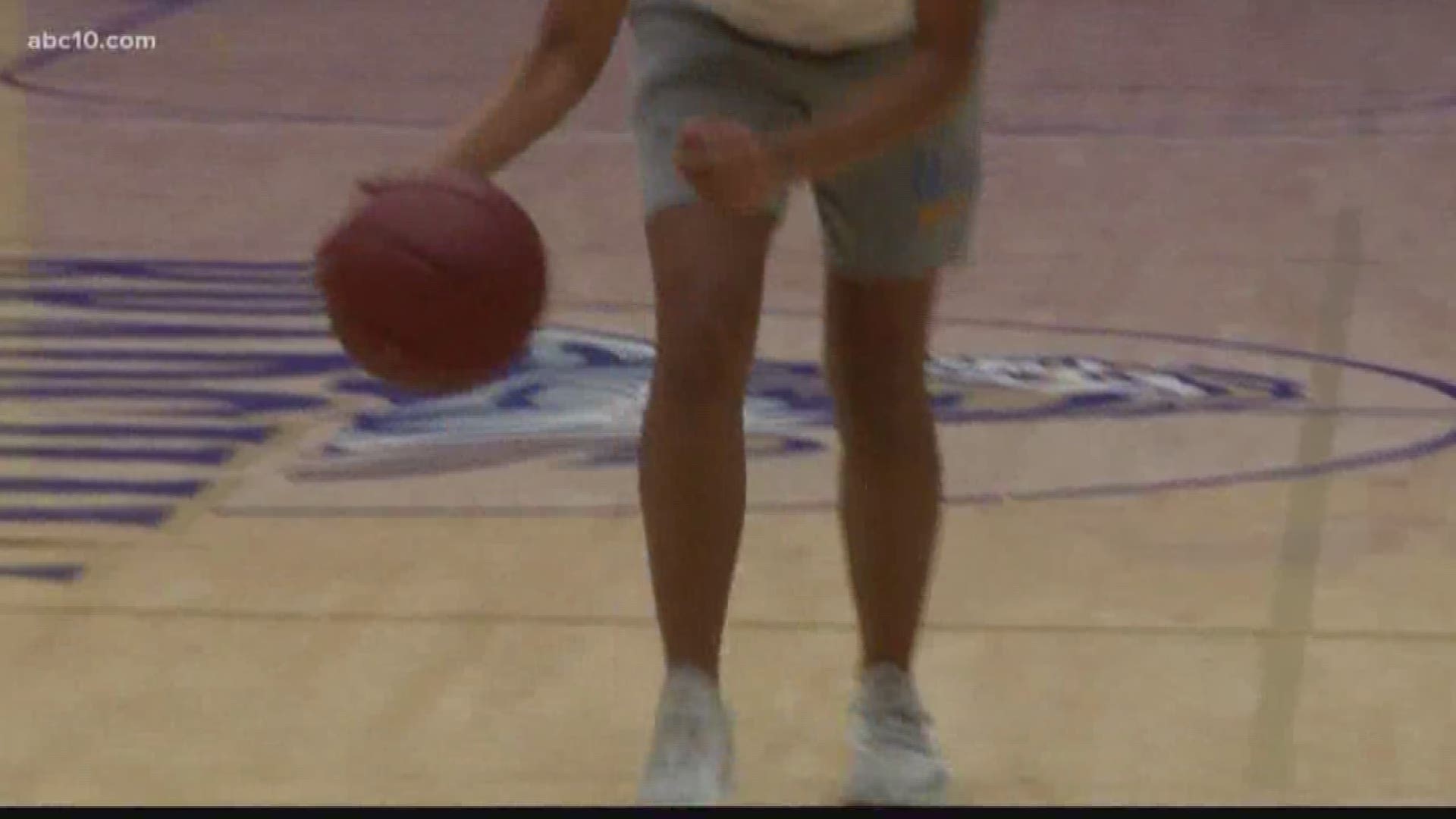 Finishing a game with just three players on the floor is nothing new for the Bradshaw Christian High School girls basketball team.

The Pride are small, but mighty, and now they are just two wins away from the program's first CIF State Championship.

Six girls strong, Bradshaw Christian has powered itself to an ongoing 22-12 season that includes a 12-0 run in the Sierra Delta league and an appearance in the Division III Sac-Joaquin Section Championship game. Since the Pride's 65-55 loss to Christian Brothers in the section title game, they've gone on a tear in the Division IV CIF State Playoffs. The team, led by the school's athletic director, Mike Ruble, has outscored opponents 209-130 in the NorCal Playoffs thus far.

But it's the way the small school team is winning that is catching peoples' attention. Junior forward Leida Mangang injured her back during the section title game and was unable to play in the second round matchup against third-seeded Union Mine in the NorCal Regional Playoffs 11 days later. With just five available players, the 11th-seeded Pride were able to go on the road and pull off the improbable, by knocking off the Diamondbacks, a team that had just two losses at the time, 66-55.

In the final two minutes of the game against Union Mine, junior guards Cookie Marques and Jasalyn Brown fouled out. That left Ruble with his three youngest players, Jordan Patterson Reid, Anaya Mejia, and Lani Fall to close out the game. Reid, a sophomore guard, hit some clutch shots to keep BCHS in the game, while fellow sophomore Mejia and freshman Fall maintained their composure with the game on the line.

That win set up a meeting in the NorCal Regional Semifinals with second-seeded Notre Dame Prep out of Belmont where the Pride pulled off another upset. Bradshaw Christian doubled up on the Tigers with a 62-31 win and now the small school team looks ahead to its first NorCal Regional Championship game.

The 11th-seeded Pride face their toughest challenge yet at 5 p.m. Saturday, March 17. The Bradshaw Christian girls face top-seeded Woodside Priory in the Division IV NorCal Regional Championship game with a spot in the March 24 State Championship game at Golden 1 Center on the line.

If you know someone worthy of being an Athletics Unlimited Sports Standout and would like to see them featured, e-mail LWashington@abc10.com. Follow Lina Washington on Twitter: @LWashingtonTV