While the streets of south Stockton are tough, she's tougher. Edison High School senior guard Celeste Almendarez might be soft spoken but her strength and determination speak volumes. 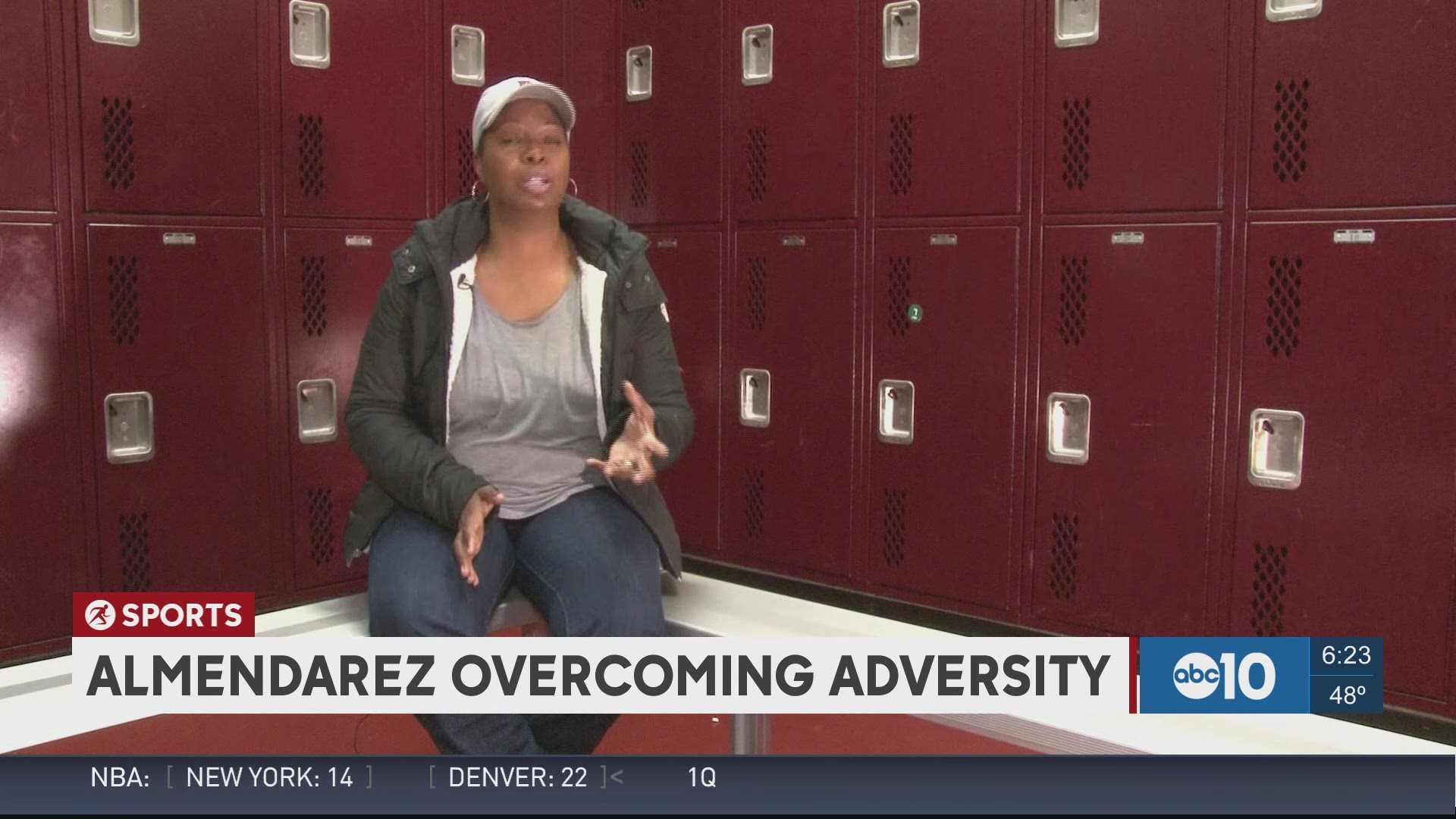 While the streets of south Stockton are tough, she's tougher. Edison High School senior guard Celeste Almendarez might be soft spoken but her strength and determination speak volumes.

She's all smiles on the court but her hoop game is mean enough to validate her being a captain on the Vikings varsity squad.

Almendarez is the middle of five children raised by her mother, Eugina Coilton. The 17-year-old basketball star will become the first in her family to attend college on a full scholarship when she begins her freshman year at California State University, Monterey Bay in the fall.

While her future is bright, Almendarez and her family are no strangers to struggle.

Coilton is a single mother whose brother, Ezell, helped shuttle Almendarez to school and practice in the wake of tragedy striking their family.

On October 4, 2016, Coilton's husband and Almendarez's stepfather, Jose Nunez, was shot in the head in front of his Stockton home. Coilton recalls holding Nunez in her arms before he was transported to a hospital in Modesto where he died. Nunez was 32-years-old and a father of two boys.

The fatal shooting happened just days after three-year-old cousin Melanie Martinez, a family member of Nunez, was also shot and killed in Stockton.

Coilton credits her brother, Ezell, with stepping up to care for Almendarez while the family coped. By shuttling her to and from practice and pitching in so the family could afford the necessities for Almendarez's development, the young player was able to regain focus.

The basketball standout from Southeast Stockton used the tragedy as fuel to change the trajectory of her life and inspire her younger siblings.

While basketball is a passion she hopes to pursue opportunities overseas after college, Almendarez's career aspirations are a reflection of her selflessness. She's unsure of what she'll study at CSUMB but Almendarez says she's interested in becoming a paramedic, a police officer, and a doctor.

If you know someone worthy of being an Athletics Unlimited Sports Standout and would like to see them featured on air and online, e-mail Lina Washington at LWashington@abc10.com.