What do Nigeria, Australia, Nebraska and Davis all have in common? Chima Moneke. The Aggies basketball star has lived around the world but he's made a name for himself here in Northern California. 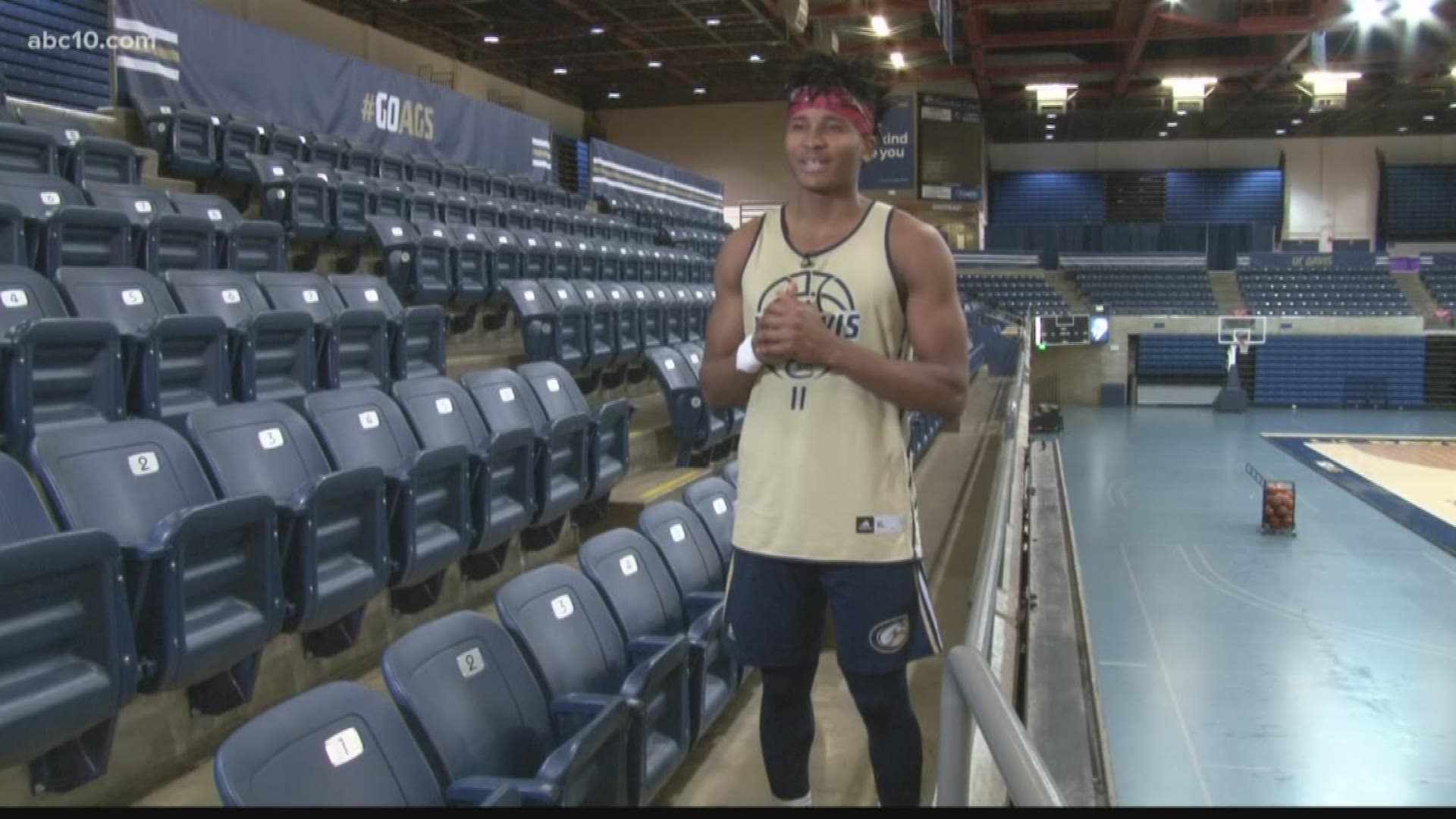 What do Nigeria, Australia, Nebraska and Davis all have in common? Chima Moneke. The Aggies basketball star has lived around the world but he's made a name for himself here in Northern California and he's hoping to hear it called on NBA Draft night.

"He's the epitome of an elite student athlete," UC Davis head basketball coach and former Kings player Jim Les said. "He loves representing UC Davis and does so in a first class way."

It's been a long and emotional journey for Moneke but it's far from over. He was born in Abuja, Nigeria, and raised in Canberra, Australia. He's the youngest of six boys with diplomatic parents he hasn't seen in more than eight years. But he's found a new family in Davis and has become an ambassador for the university.

"Pretty much everyone on the team is cool with him and enjoys being around him off the court," Moneke's teammate, AJ John, said. "That impacts how we play with him. He's fun to be around."

Moneke's love for sports started on the pitch with soccer. He didn't pick up basketball until he was 13 years old.

"When I first started playing basketball I never- I didn't think it was realistic for me to get to where am now," Moneke said. "I still wanted to play soccer, really, but as I started to get better and started to take it more seriously and that's when my goal of playing in the NBA or playing in America, period, became a realistic thing."

Getting to America was the biggest challenge the 6'6" senior forward has dealt with in his basketball career thus far.

"I was sending e-mails to hundreds of schools, I think about 300 schools I sent to, and I got two responses back," Moneke said. "I remember when I got my first college offer I remember putting on my bed and just crying for, like, five minutes. Just realizing that something I've been working on for a few years at that time was becoming realistic was such a great feeling."

"I actually went to the event to see another young man we were recruiting and he just caught my eye," Les explained. "I thought he played hard, I thought he played with passion. His personality, the way he carried himself, his story... And then throw in the fact that he was an ambitious student, academics were important to him and his family. Right from the get go I could tell there was a potential it could be a really good match."

"From the night we beat Irvine in the conference championship to the night we lost to Kansas... It was probably the best nine days of my life," Moneke said. "Because of, you know, we were the first team to do something at this school, period, so we're going to be remembered forever which is always a cool thing. I felt like that team was a bunch of underdogs nobody believed in or recruited really heavily and the fact that we achieved something a lot of people thought we couldn't was amazing."

Outside doubt has done nothing but fuel Moneke's development. So far this season he leads the Aggies in scoring and rebounding. After helping the Aggies to their first win over a Pac-12 opponent in more than a decade at Washington State earlier this season, Moneke was named National Player of the Week.

"When he's aggressive no one can stop him," John said. "He's one of the most dominant big men in the country, honestly. I can't say enough about the influence he has on our team."

While going back to back as conference tournament champions is on his list of goals for this season, Moneke ultimately aspires to become the next impactful NBA player to come out of Australia and the first NBA player to ever come out UC Davis. Moneke played against the likes of 76ers star Ben Simmons and Jazz guard Dante Exum growing up in Australia but says Spurs guard and NBA champion Patty Mills is the only player to come out of his hometown of Canberra and make it to the league.

"If it happens, that's my goal, and it'll be a huge deal but I'm kind of focused on now," Moneke said. "I want to go back to the tournament. I want to leave a legacy. I don't want to lose at home. We still haven't lost a game that I've played in on this court so I want to keep that going. But if I'm able to go to the tournament twice in my two years of playing division I basketball then that would be more than anything I could imagine here."

If you know someone worthy of being an Athletics Unlimited Sports Standout and would like to see them featured e-mail Lina Washington at LWashington@abc10.com.