Joseph Ngata put the region on notice in his junior season at Folsom. He helped the Bulldogs to an undefeated season that was capped off with a CIF Division 1-AA State Championship. 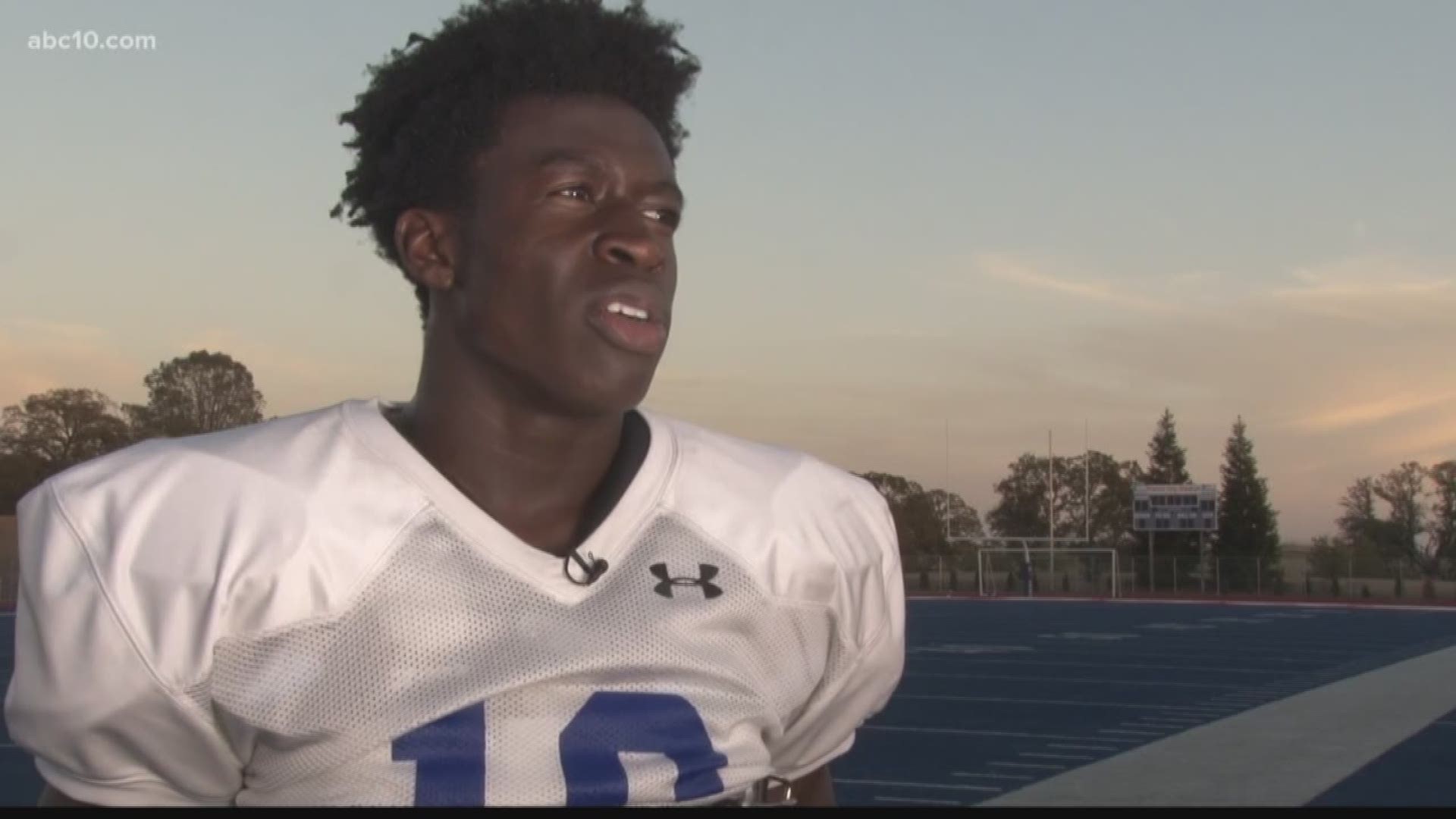 If you've watched our high school football coverage over the last few seasons, particularly this year, you've heard the name "Ngata" often. Whether it was Ariel Ngata, who is now a freshman linebacker at the University of Washington, Daniyel Ngata who had a breakout year at Folsom High School as a sophomore, or this week's Athletics Unlimited Sports Standout: the middle brother, Joseph Ngata.

"Joseph Ngata is probably one of the best wide receivers in all of the western states," Folsom head coach Kris Richardson said.

"Joe... That man is a freak," Folsom quarterback Kaiden Bennett said of his teammate. "He's 6'4", I can put the ball anywhere and he can go and get it."

Ngata put the region on notice in his junior season at Folsom. He helped the Bulldogs to an undefeated season that was capped off with a CIF Division 1-AA State Championship.

"We're hard workers, we're humble, we play fast," Ngata said. "Just knowing I'm at Folsom and knowing I have so much support around me is completely special. It's really special to be here."

What makes it particularly special is having the opportunity to share success with his brothers and his best friend, who also happens to be his quarterback.

"Me and my brothers have always been close," Ngata explained. "I played with my older brother last year, my younger brother this year... This one is really special. Just knowing that I can take him under my wings and teach him how to play fast and hard and just knowing that he's going to be successful too that's always great."

The Reno-raised Bulldog has 12 college offers including nine from Pac-12 schools (Colorado, Oregon, Oregon State, UCLA, USC, Utah, Washington, Washington State, Cal) and Notre Dame. However, coaches at prestigious college football programs aren't the only ones tapped in to his talent.

Nationally heralded NBA rookie and Sacramento Kings guard De'Aaron Fox had a chance to see Ngata in action during midseason matchup against Sierra Foothill League rival Granite Bay. The local star took to Twitter to give Ngata a shout out.

#10 from Folsom something different 🔥🔥🔥

"That was so cool to be honest," Ngata said of Fox's tweet. "Just knowing that someone of his caliber can come by and compliment you is always special and always cool. I saw him on the sideline during kickoff and I was like 'that's De'Aaron Fox! That's De'Aaron Fox!' it was really cool."

Ngata set the bar high for himself this season, which included a four touchdown performance in the Division I Sac-Joaquin Section Championship Game where Folsom beat the defending champions St. Mary's 50-21. But with a young Folsom group returning next year, Ngata's senior season is sure to be promising.

"It means so much and this is one of the best experiences I've ever had in my life," Ngata said. "Just knowing that I have one more year but this year playing with my brother, playing with my best friends, playing with the people I met when I first came here... To finish out the season with them it's something that I can't even describe. It's so incredible." 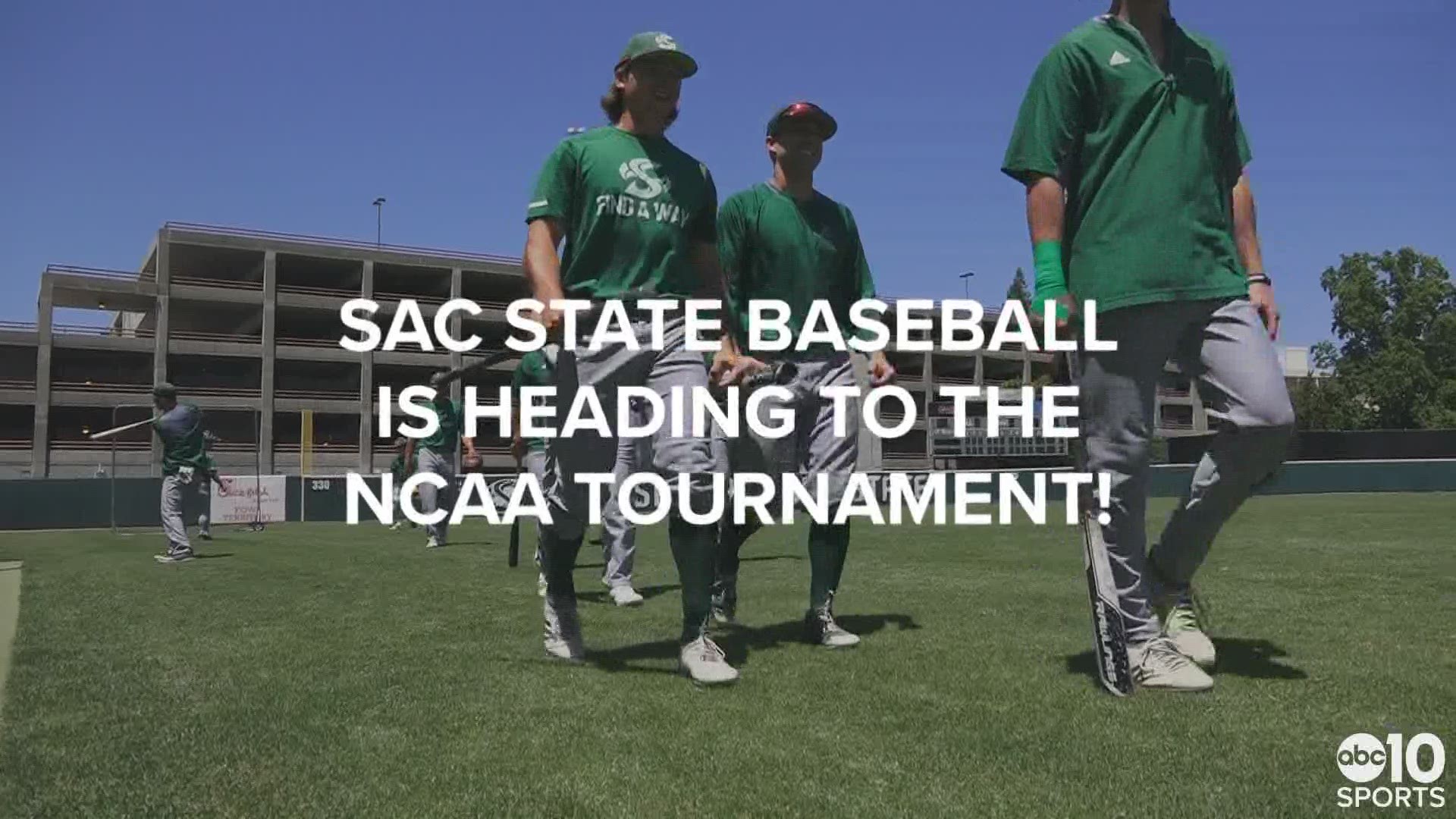